An apartment in Paris

It is not easy to find reasonably priced living space for a longer stay in Paris. We found a small but very neat apartment in Paris in which we felt very comfortable.

Booking was spectacularly easy and communication with the owner was lovely. Even before our stay, she had sent us some info about Paris covering the latest exhibitions, restaurant tips and everything in between. 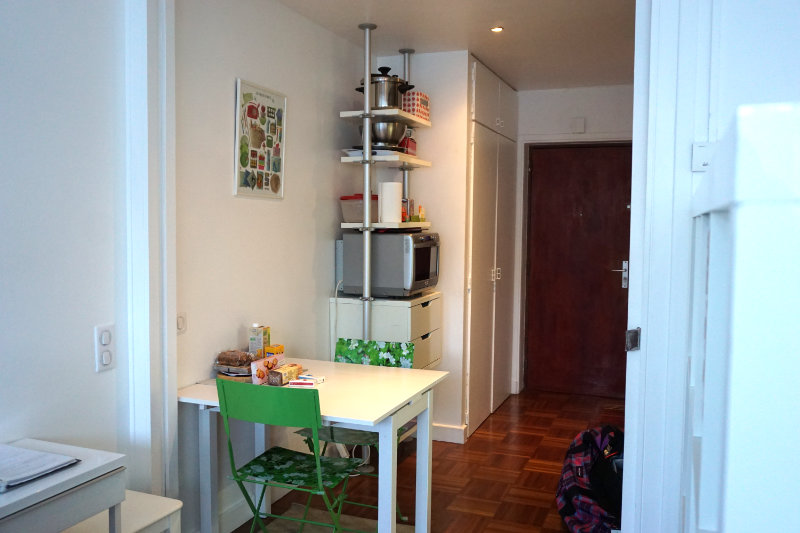 Getting there from the Charles de Gaulle Airport turned out to be very straight forward. Simply hop on a train and get off at Gard du Nord. From there it took us another 10 to 15 minutes (with luggage) on foot to get to the apartment.

The flat was in a little one way street with lots of bars and restaurants. There were some grocers there, too. We felt a little intimidated at first by the scene that presented itself in some of the side streets. At every time of the day, we saw countless young men standing around doing nothing and when we returned hours later they still stood there doing nothing. Our bad gut feeling turned out to be unfounded, though, we just weren’t used to that environment as our usual neighbourhood is very quiet. 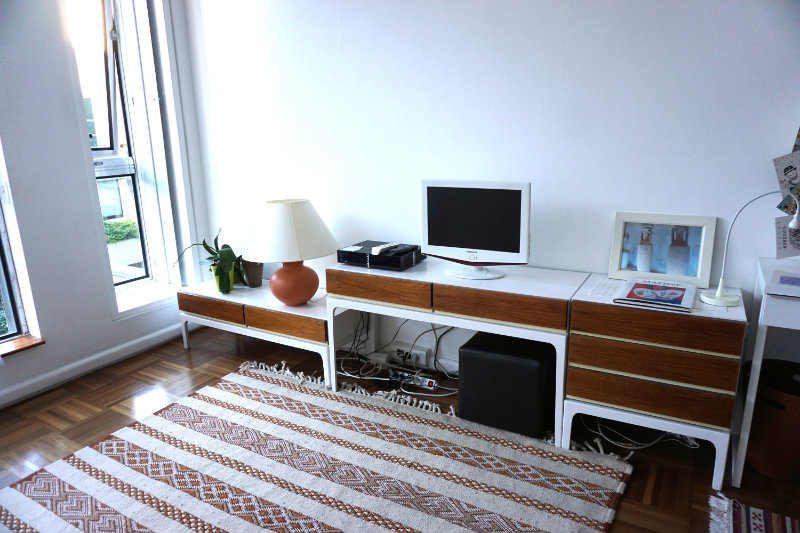 To enter the main building we needed a special key. The main entrance and the door to the apartment are secured. Our host’s son met us in front of the building when we arrived and talked us through everything. We went up to the flat on the third floor using the lift. The flat itself was facing towards the quiet back yard.

Our apartment in Paris had a bathroom with a bathtub and an extra room with the toilet. A washing machine, a feature that we really desired, in perfect working order was also there and ready to be used. Both rooms were exceptionally clean. 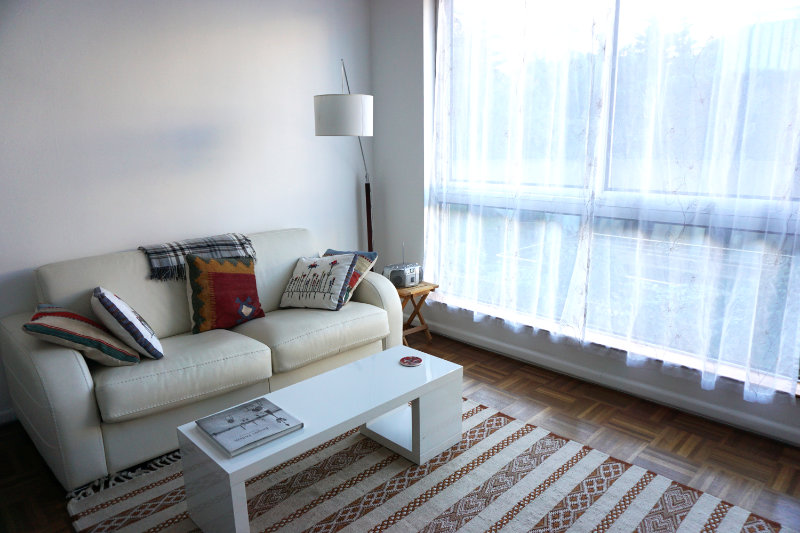 The studio flat has a living/sleeping area and a small kitchenette with everything one needs. The bed was separated from the rest of the flat with a divider. We found a big, comfy couch and also a desk situation that is so important for us on our trips. Everything was sparklingly clean.
I felt right at home! This is a perfect spot to live in, work in and for holidays for our almost three week long stay. 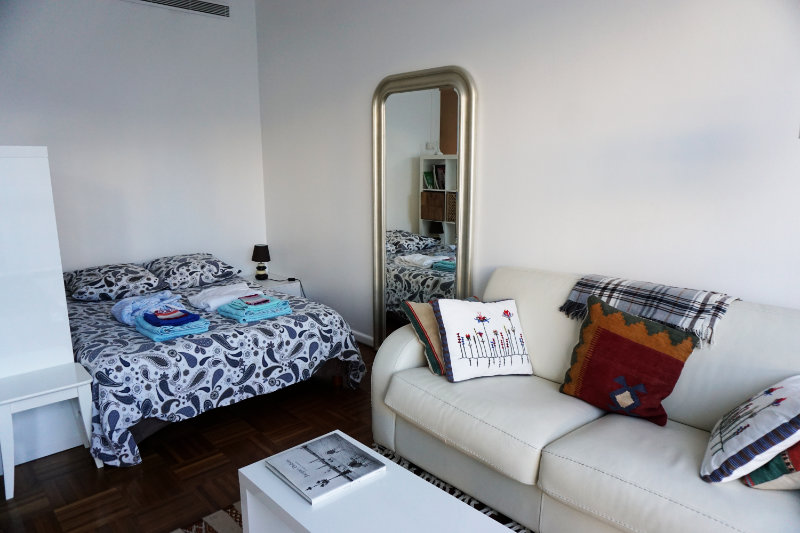 During our time in Paris, we had some days where the maximum temperature was above 35°C so the air conditioning was a very welcomed extra feature.

Looking back on our time in the apartment I cannot recommend it enough. It was so close to multiple Metro stations and very well connected in terms of public transport. That enabled us to see many different and interesting spots during our short time off from work.
This flat really became a small, second home to us.