Vienna
My impression of the Viennese Prater

The Prater in Vienna is one of the must-see attractions, therefore the Prater was high on our to-do list. Unfortunately, it did not live up to our anticipation. We were not impressed and should I be again in Vienna again, I will certainly not visit the Prater.

A Brief History of the Prater

In 1194 Duke Frederick I of Austria gave some meadows to the noble family De Prato. Later on the lands name was changed from Prato to Prater.
In 1564 Emperor Maximilian II needed a hunting ground close to his home, therefore he built fences around specific parts of the Prater and the imperial forest was developed. The existing Kastanienallee was extended over 4.7 km to the Jägerhaus.

In 1592, Emperor Rudolf II issued a ban on the Prater area stating, "Nobody is to go, ride, ride, hunt or fish in our Au, the Prater, in summer or in winter, without Hanns Bengel's imperial forestry." Later, the decree was changed and the nobility were allowed to enjoy nature of the Prater from their car. Starting from 1766 the area was also used for walks and as a common meeting place. The site was closed only when the darkness began. 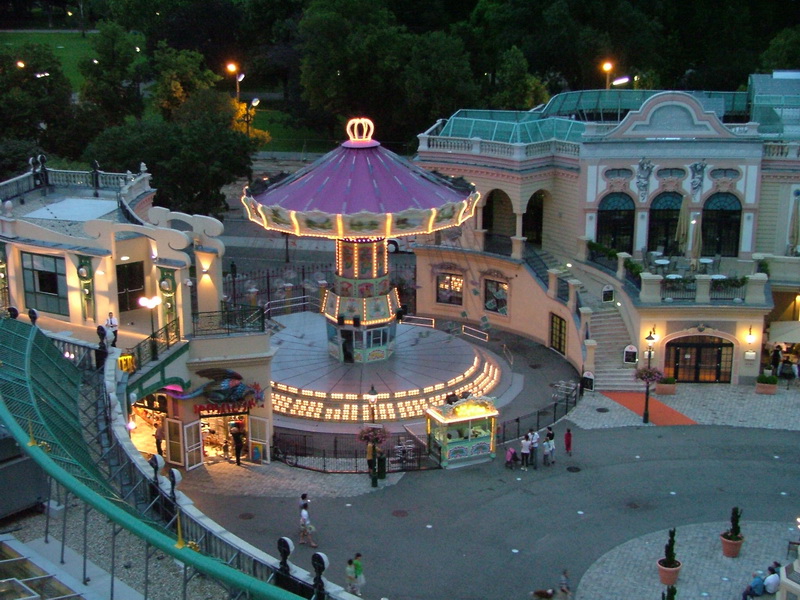 In 1775,  the fences were dismantled, and the Prater was accessible at all times. In 1808 cafés, smaller amusement parks and the Circus de Bach were opened. The Viennese loved to spend their time here. Over time more and more attractions were built. These attractions include, a theater, the wax museum and the human museum. In the course of the advancing technicization, the offers became more and more varied.

In 1844 the first railway carousel was built and in 1897 the "Riesenrad" was built. Over the years, obsolete shops and more and more new rides opened in the Prater. Today, you can still find the historic Riesenrad, the Liliputbahn, old ghost and grotto lanes and the Swiss-owned restaurant on the premises. You can also walk along the old Kastanienallee, passing through the quiet part of the Prater with its meadows and trees. 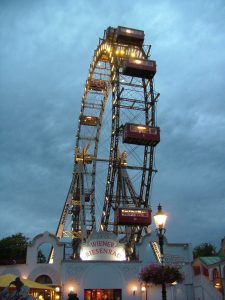 Our visit to the Prater

We decided to take the subway to the Vienna Prater because it was only a few meters away from the station. On hindsight, this was not a very good idea because my companions were very drunk. Once on the grounds of the Prater, I was disappointed because I was expecting it to be how it was in its prime. There was however, a folk festival but it was not up to par. Of course, there was the roller coasters and chain carousels, but that is not why I wanted to go to the Prater. 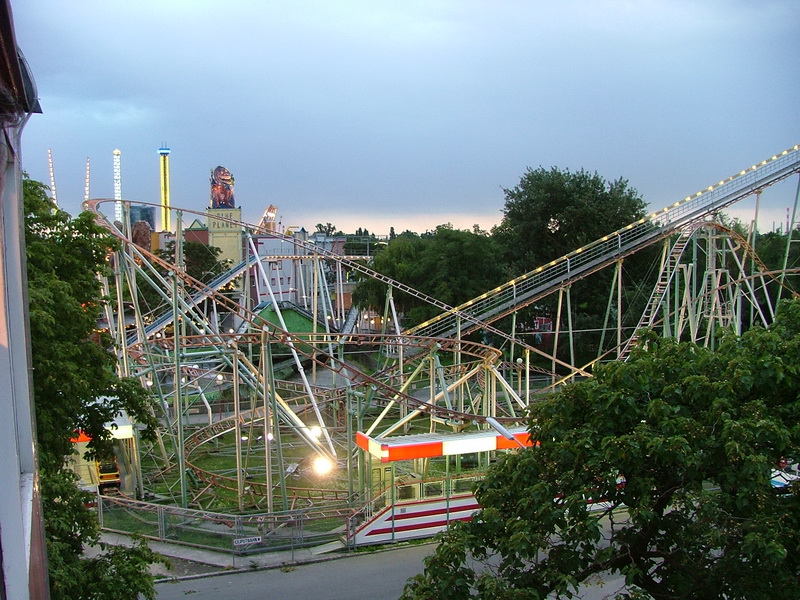 However, there are a few exceptions that made the trip worthwhile. For starters, the the small railway which runs over the terrain is still there and riding the Ferris Wheel.

One of the more memorable parts of the trip was going to one of the beer gardens on the edge of the Prater. The atmosphere was relaxed, even though there were other people there. The food was fantastic too

The wheel has a diameter of 60.96 meters and the highest point of the ride is 64.75 meters above the ground. The Ferris Wheel has 15 cabins, which can be reserved for special events. 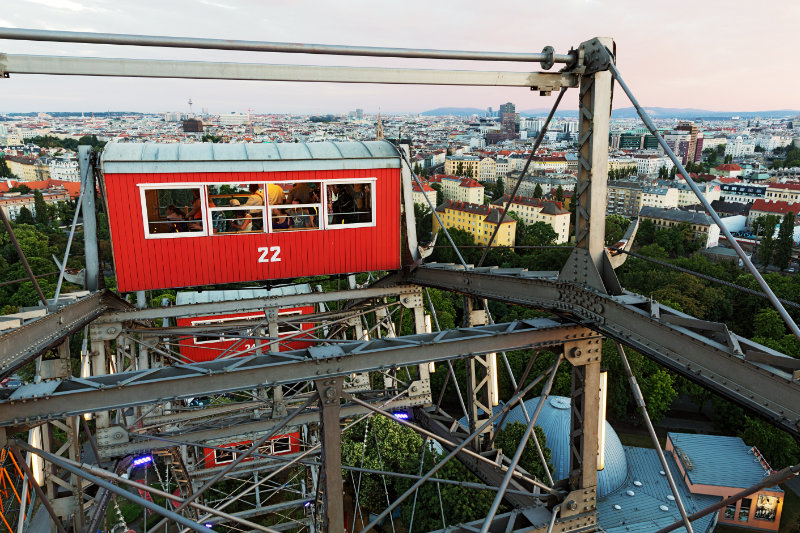 The ride in the Ferris wheel was a really phenomenal an experience. You get into these big cabins, from where you have a great view over the city, and slowly begin the ride. A bit of nostalgia and a feeling of "that was the way" came up with me - I enjoyed it.

Fortunately for me, there were no other people in my cabin. I was able to look out to the Prater and take everything in. I would definitely ride the Ferris wheel again; it was for me the highlight of an otherwise sobering Prater visit.