Hardly any other city in Europe is as high on the “travel wish list” as Barcelona. Rightly, we think, one should visit the capital of Catalonia and if it is feasible, stay a little longer.

In 1888 and 1929, the big city hosted the world exhibition. In 1992 the Olympic Games were held here. To this day you can still find places in the cityscape that look back on these major events and have had a lasting effect on the cityscape.

Well-known architects and urban planners such as Antoni Gaudí and Lluis Doménech i Montaner have contributed to shaping the cityscape with their buildings. The 66 museums, 86 parks and green spaces and the beach are also popular with tourists and locals alike.

There is something to discover on almost every corner, you just need a lot of time!

Our tips for a varied and interesting stay in Barcelona 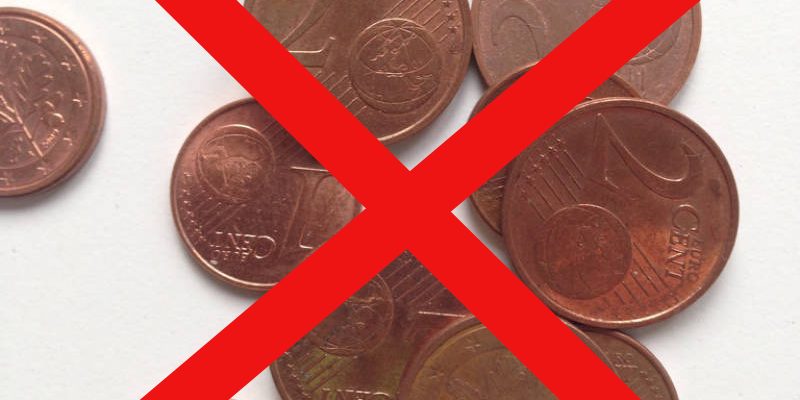 Completely for free: Tips for lovely excursions in Barcelona

Travelling can be costly. So finding things to do for free at our destinations always makes me happy. I tested some of the free things to do in Barcelona and would like to share them with you. 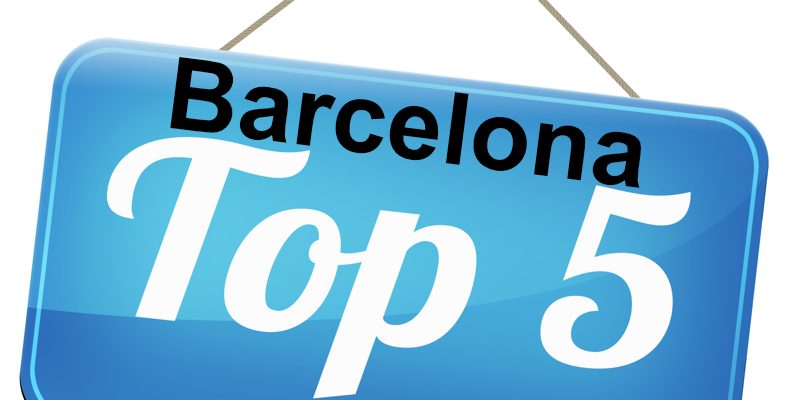 The five most beautiful destinations in Barcelona

After almost three weeks in Barcelona, I returned with so many memories that it was quite hard to pick a top five. One thing before we start: None of our excursions left me heavily disappointed. I was able to find something interesting, informative or beautiful at every single spot that we visited. 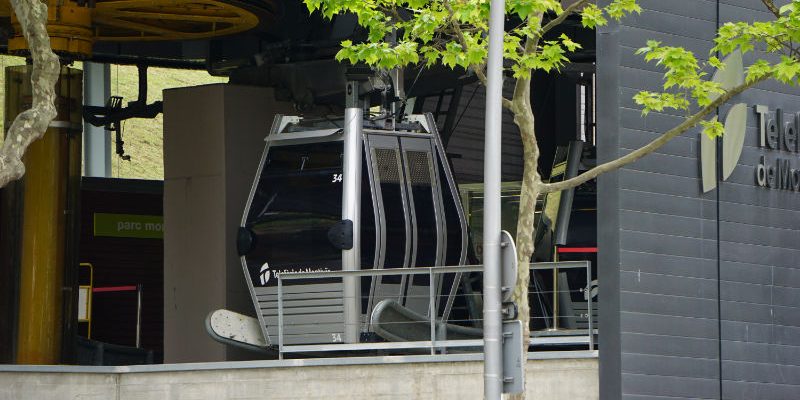 People who travel Barcelona do not need a car. Everything here can be reached on foot or via public transport. Barcelona’s public transportation system is varied and one should take the time to take a different route every now and again. 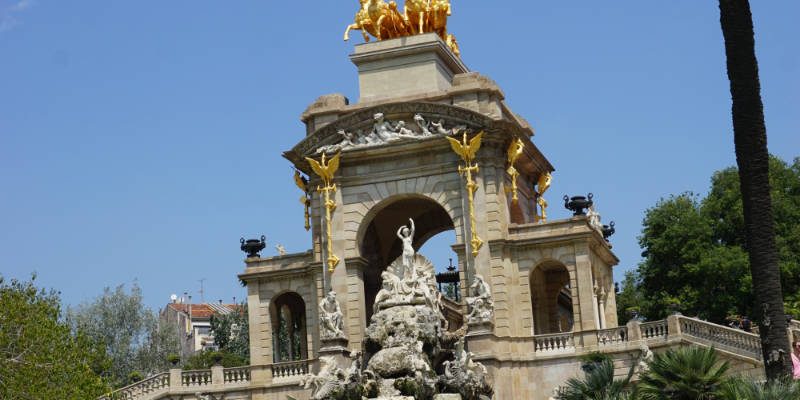 An oasis in the big city – a place to experience relaxation and history – the Parc de la Ciutadella in the middle of Barcelona. We explored this 17.4-hectare park on a walk and breathed in its richness. 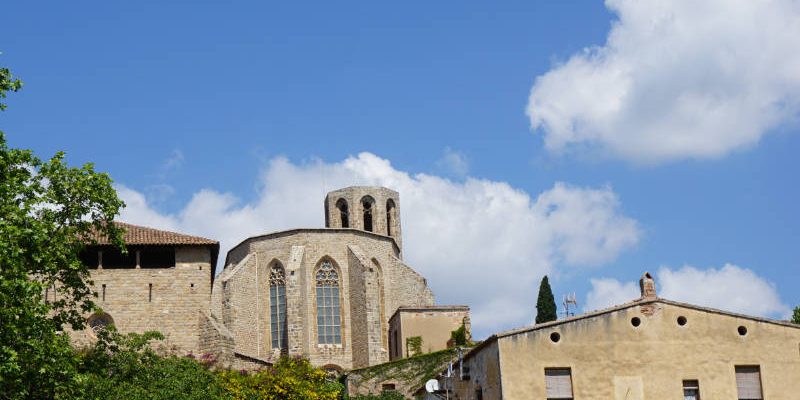 What I thought a monastery would look like! As I returned from our trip to Montserrat a little disappointed by the atmosphere I was a tad sceptical what to expect from our visit to the Reial Monestir De Santa Maria De Pedralbes. 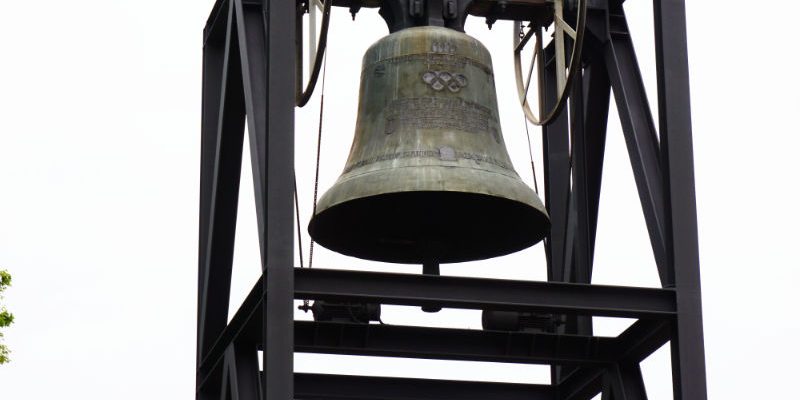 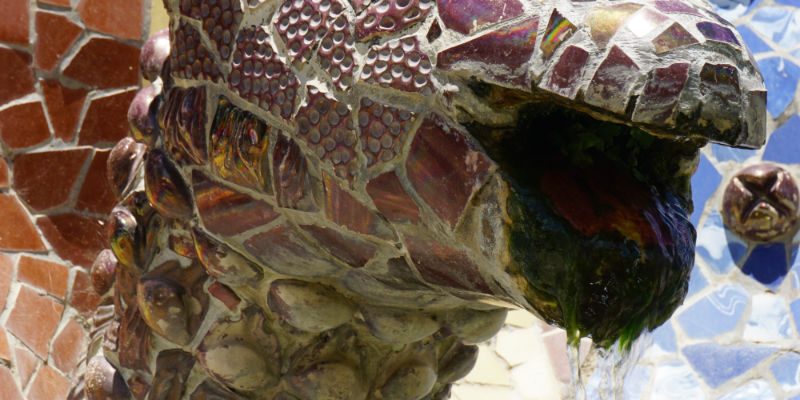 Is the Park Güell really worth the money?

Gaudi… the Park Güell… I was really looking forward to our visit. I looked at countless videos and pictures that different bloggers have made of this park and I was always intrigued. How would it feel to really be there? 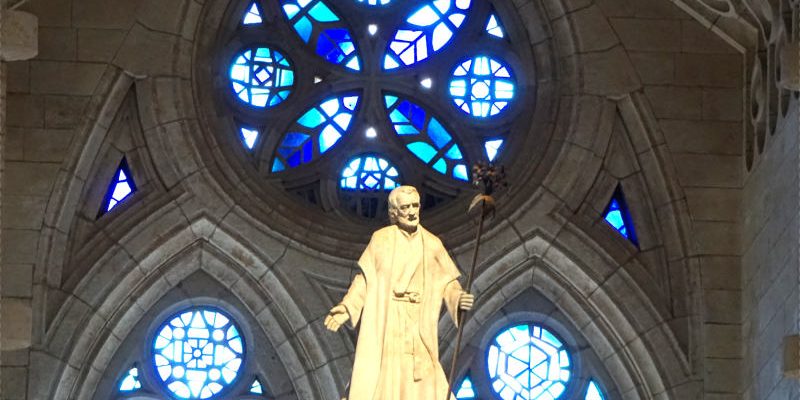 For Berlin it’s the BER airport, for Barcelona, it’s the Sagrada Familia. A never-ending, massive construction project! There is a difference between the two though: Construction in Barcelona has been going on for much longer and there are no construction plans. 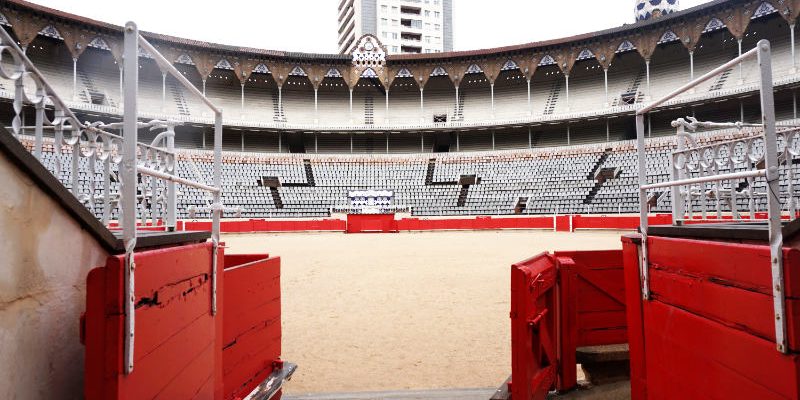 Drawn in by the oriental looking towers we suddenly found ourselves in the bullfighting arena La Monumental, right in the middle of a residential area of Barcelona. 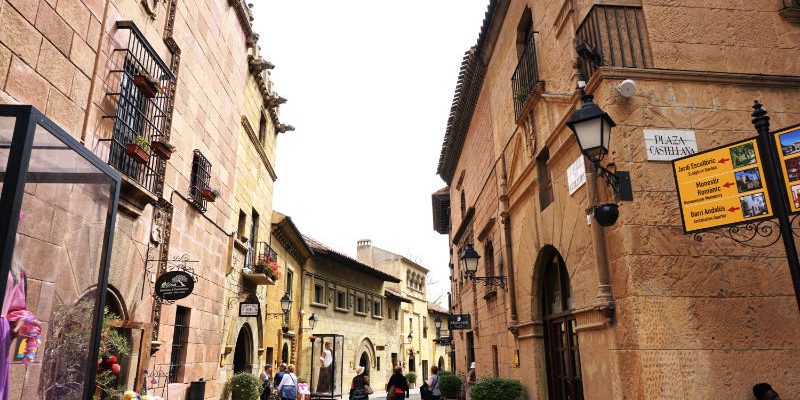 Right beneath the Montjuïc mountain lies the Poble Espanyol. This “Spanish Village” was built for the 1929 World Exhibition in Barcelona. 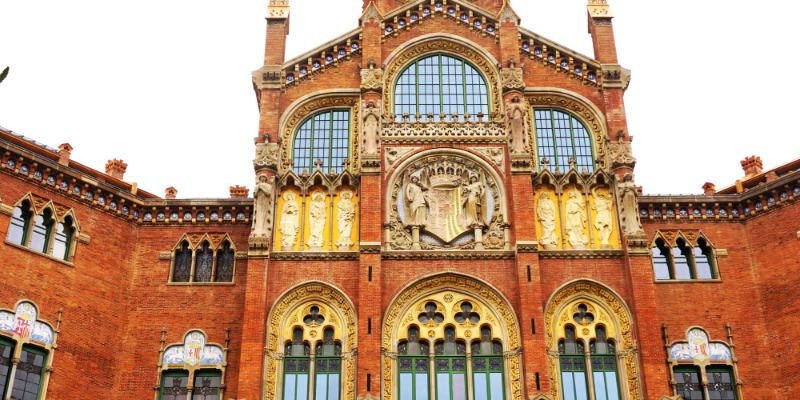 The Hospital de Sant Pau is within walking distance of our apartment. The number of visitors is still low, but it is only a matter of time until this impressive hospital complex will receive the same cult status that the famous Gaudí buildings hold.

Cheap food and drink in Barcelona

Tapas, Paella, Sangria …. Eating and drinking in Barcelona can be simply enjoyed. 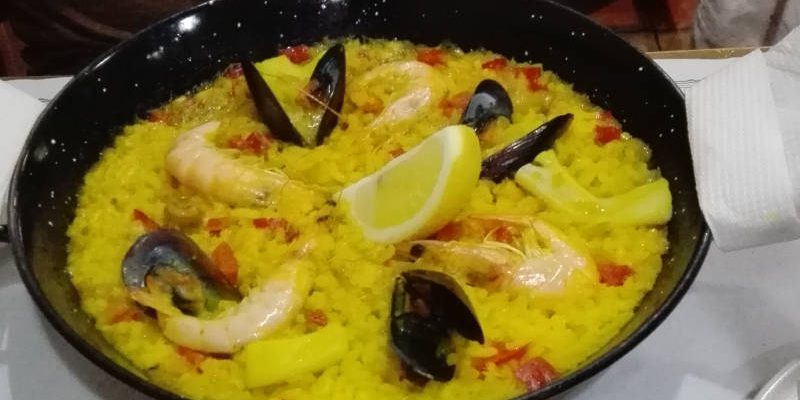 There is nothing worse than having different preferences for eating times than the locals at your destination. Whenever we became hungry, most restaurants were closed. 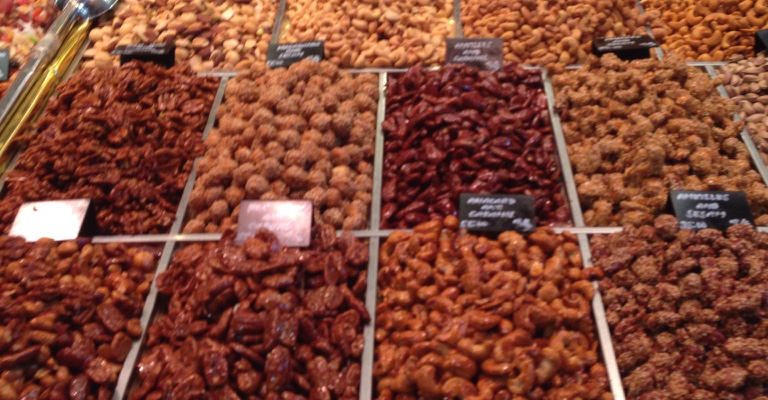 The hustle and bustle of the markets of Barcelona

Paying one of the countless markets of Barcelona a visit is essential for every trip to this city. Markets, big and small, offering all sorts of goods, can be found in all of Barcelona's districts. Locals buy their fresh produce, sweets, spices and second-hand goodies right there.

Tips for excursions in the surroundings

It is worth discovering the surroundings from Barcelona. 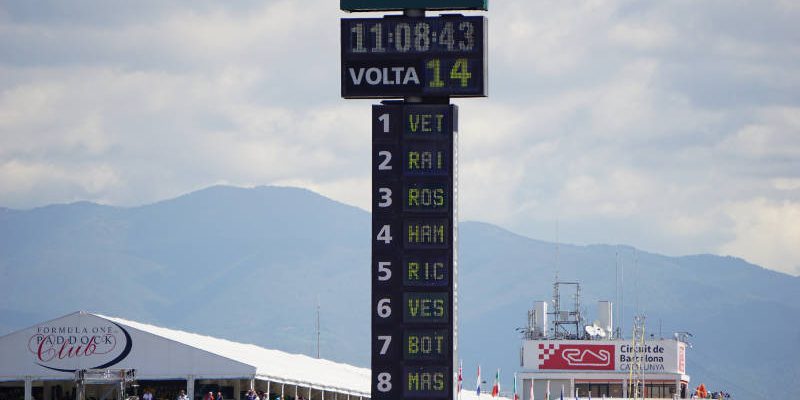 My first time – at a Formula One car race

For a good long while Formula One car races were an integral part of our weekends. We were thrilled while we were watching countless races on TV. 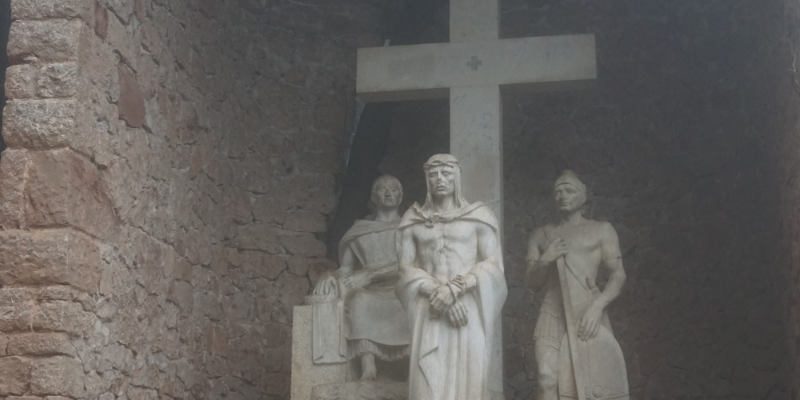 A visit to the Montserrat Monastery

Since we had quite a long stay in Barcelona, we soon decided to also visit Montserrat. Picking a day to go was also easy: Sunday – a day when usually none of our phones ring. I had booked our all-inclusive package in advance online.

Barcelona offers hotels in all price ranges as well as holiday flats where you can spend a wonderful time. 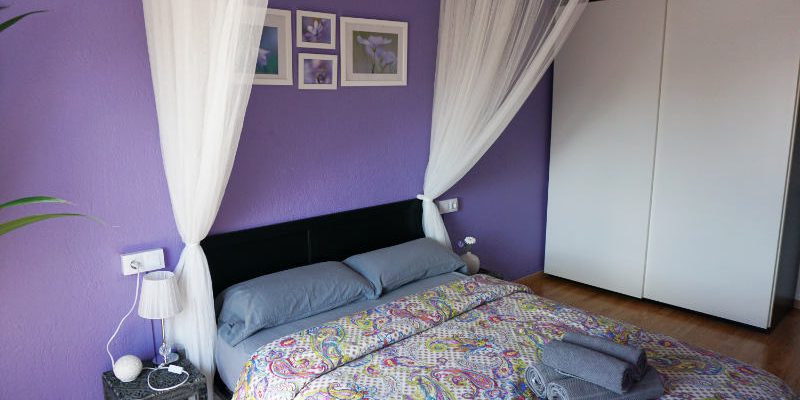 We found a great flat in Barcelona

We started looking for a flat in Barcelona early on, right after we had decided to spend about three weeks there.