Bari is the capital of the Italian region of Puglia. The city is located directly on the sea and is an ideal starting point for wonderful excursions in the region.

The main attraction is Bari’s old town, which lies on a peninsula. Here you can wander for hours through the narrow and winding streets and will always discover something new. In the old town you will also find numerous B&Bs or small holiday flats where you can stay in “typical” Italian style.

The long waterfront promenade is also beautiful and invites you to take a stroll, especially in the evening hours. 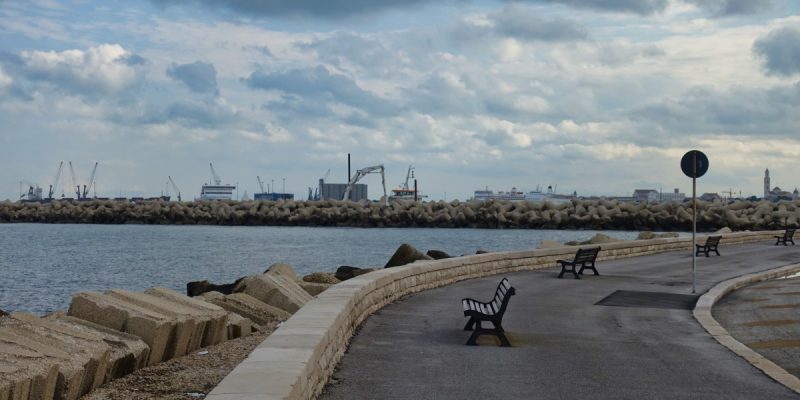 Walk along the Lungomare of Bari

Bari is by the sea, so a walk by the sea along Bari's seafront promenade is simply part of a stay in the city. 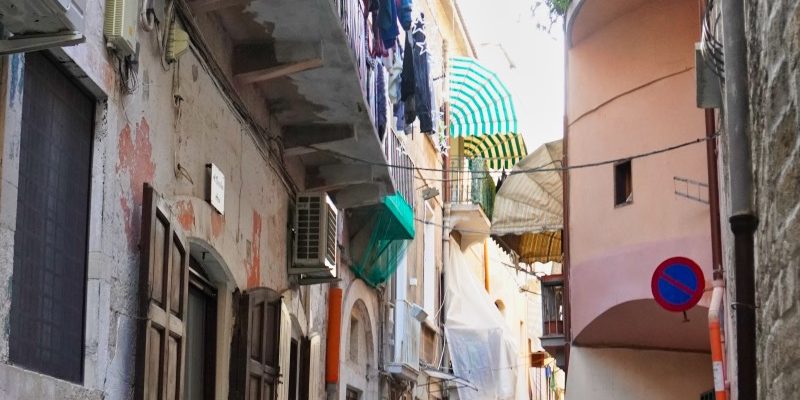 The old town of Bari

In the north of the city, on a peninsula, lies the old town of Bari. A stroll through the alleys is a must when visiting the city. 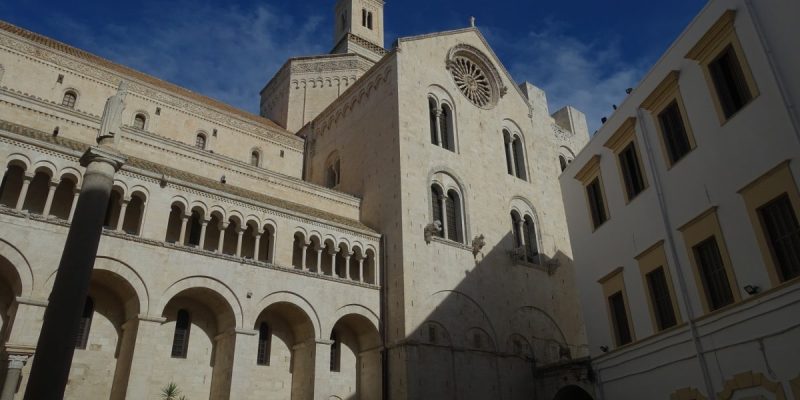 Bari's cathedral bears the beautiful name Cattedrale di San Sabino (Cathedral of San Sabino) and is located in the old town. The impressive church is dedicated to Saint Sabinus, who was once bishop of Canosa. 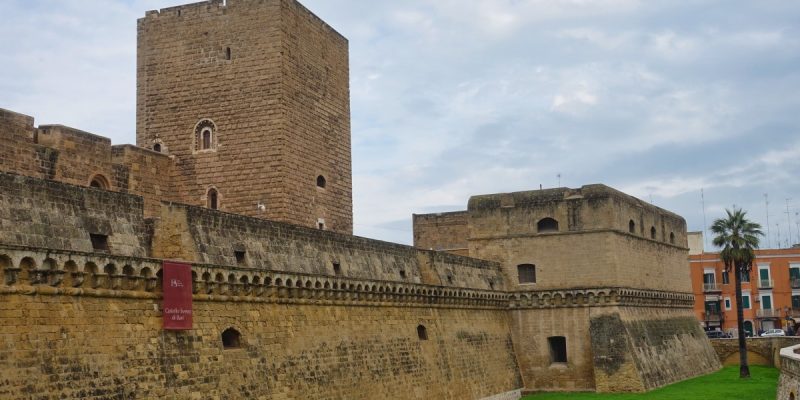 Large and massive, the landmark of the city of Bari, the Castello Normanno-Svevo di Bari, stands on the edge of the old town. You should definitely plan a visit to the Bari fortress during your visit to the city. 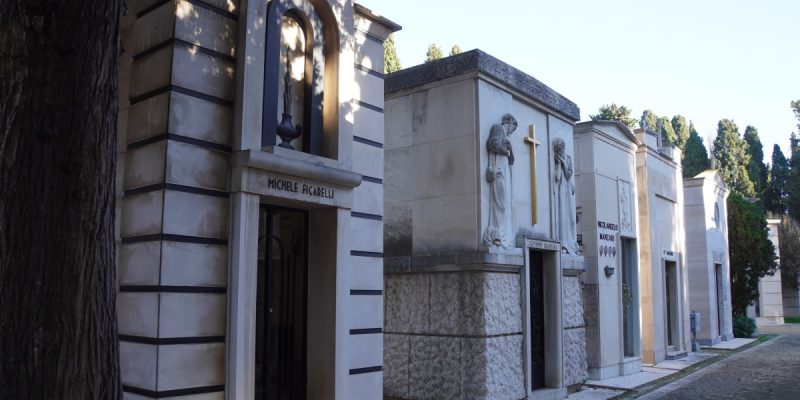 Bari has an impressive cemetery in the middle of the city, which is well worth a visit during your stay in the city. Bari's monumental cemetery is almost like a city within a city. 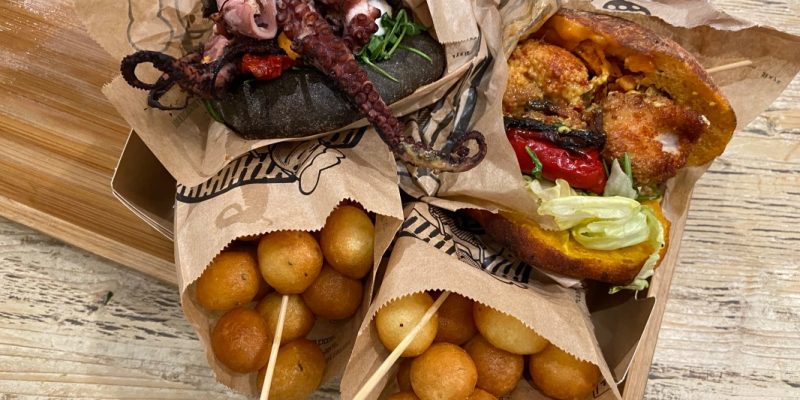 Restaurant tips and beer in Bari

Eating and drinking keeps body and soul together and gives enough energy for great city explorations in and around Bari.

Tips for excursions in the surrounding region 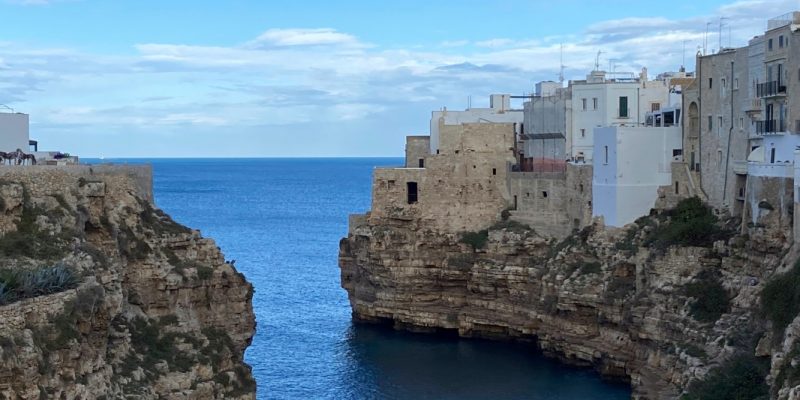 Polignano a Mare - the town on the cliffs of Apulia

The small town of Polignano a Mare is located on the Adriatic coast of Apulia. It is not yet overrun with tourists, but it is one of the more popular seaside resorts in Apulia. 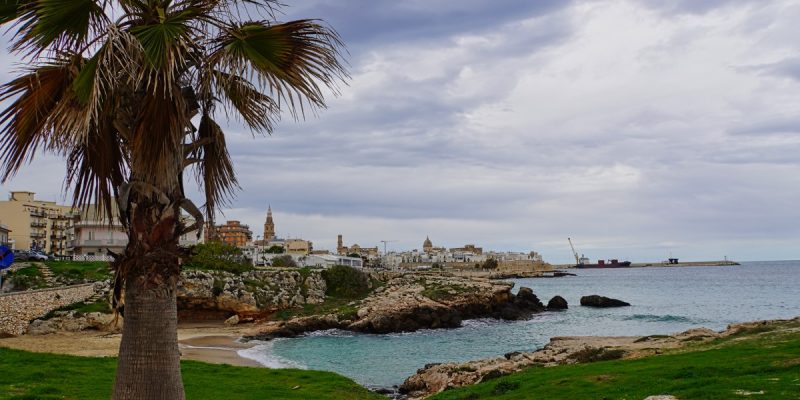 A look at the map of Italy showed us a small town very close to Bari, which we really wanted to visit just because of its name. Monopoli! Would there also be a castle avenue here, as in the board game? 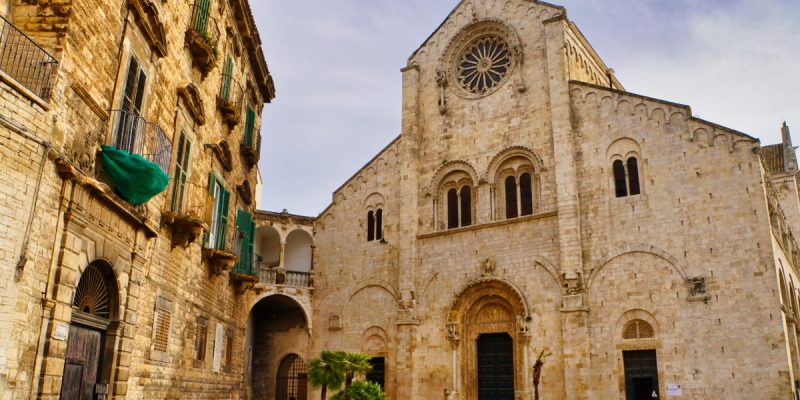 The 7 most important sights in Bitonto

To the west of Bari, about 11 kilometres away, is Bitonto. From Bari you can take the train to the town and enjoy the flair and sights in Bitonto.