The Panthéon Paris is located in the 5th Arrondissement on the hill of St. Geneviève. Originally, the building was intended to be a church but today it serves as the National Hall of Fame of France and as a final resting place of many French celebrities.

In 1744 King Louis XV fell severely ill. He pledged to build a church on the hill of St. Geneviève should he ever get back to health. He did get well again and realised his pledge.
Architect Jacques-Germain Soufflot was chosen for the project. He designed a huge church in the shape of a greek cross. The king authorised the design in 1757.
The construction of the foundation walls alone took three years. The building was completed in 1790, but the architect had passed away before so he never had the chance to see the finished version of his vision. 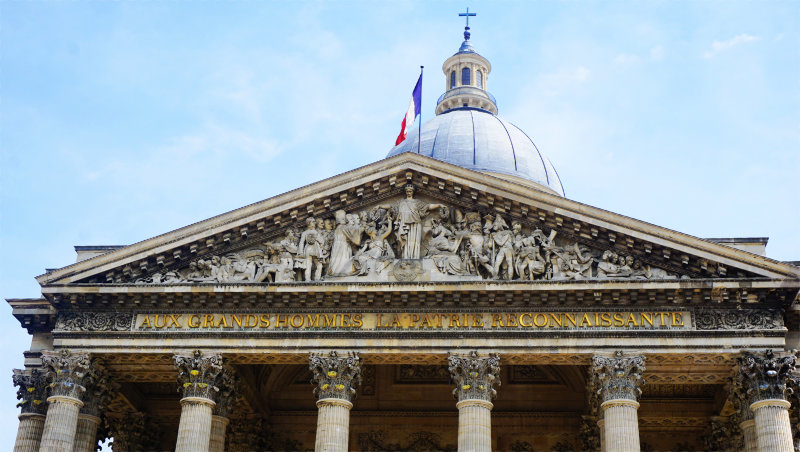 Shortly after completion, the heads of the French Revolution declared the domed church the new National Hall of Fame. The building was stripped of its original purpose.
From now on, important personalities were to be honoured with monuments in the Hall of Fame and their remains buried in graves of honour in the crypt. The first French that was put to rest here was revolutionary leader Mirabeau. His body was moved out again at a later point in time.

A tour through the Panthéon Paris

As we walked towards the Panthéon Paris it dawned on me for the first time what people mean when they call it a “huge building”. A domed structure of incredible dimensions towers above us. The fact that this structure is 83 metres tall is impressive on its own. 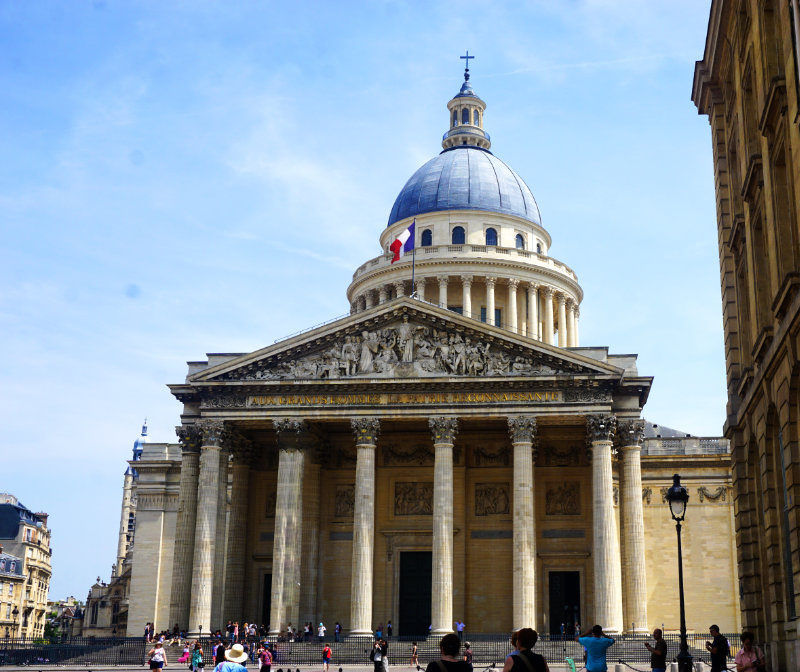 This hight, which visitors get a full view of when they stand in the entrance hall, is unbelievable. I feel so small and insignificant. Gigantic columns carry some sort of an awning. The inspiration for the building stems from St. Peter’s Cathedral in Rome.
A little door to the side leads into the Panthéon. We stand in an enormously large hall that is roofed by the monumental dome. 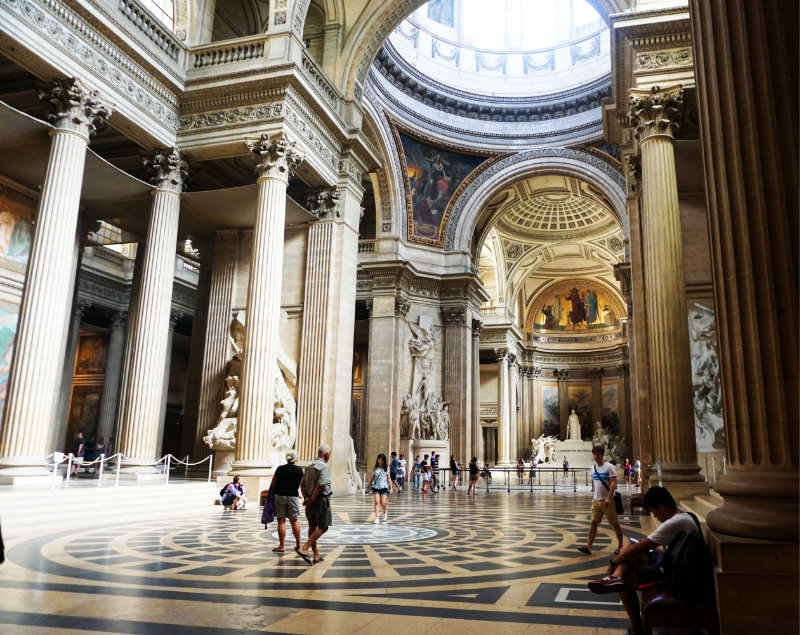 The layout of the building is open and bright. Light floods in through the opening in the dome. Giant paintings hang from the walls. They tell the life story of St. Geneviève.
We walk right into the centre of the Panthéon to where Foucault's Pendulum is. Physicist Léon Foucault, after whom the pendulum is named, was able to prove the earth’s rotation with this pendulum in 1851. 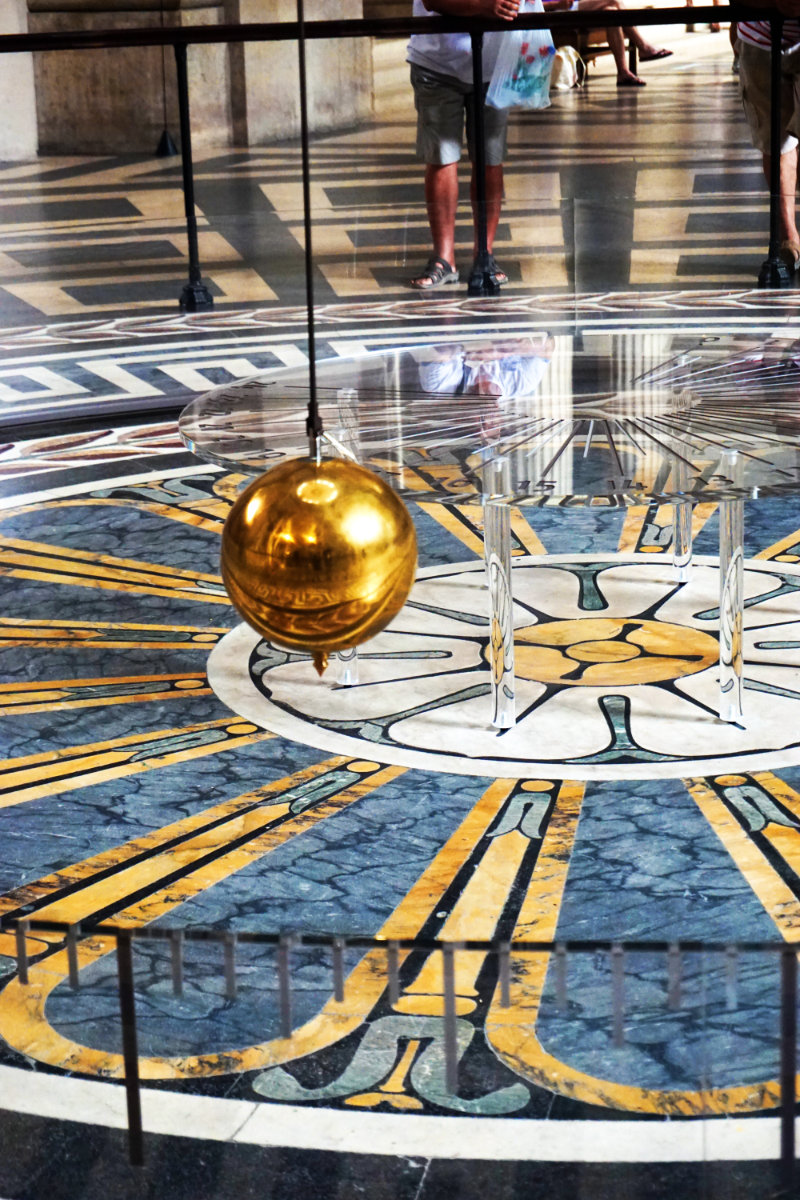 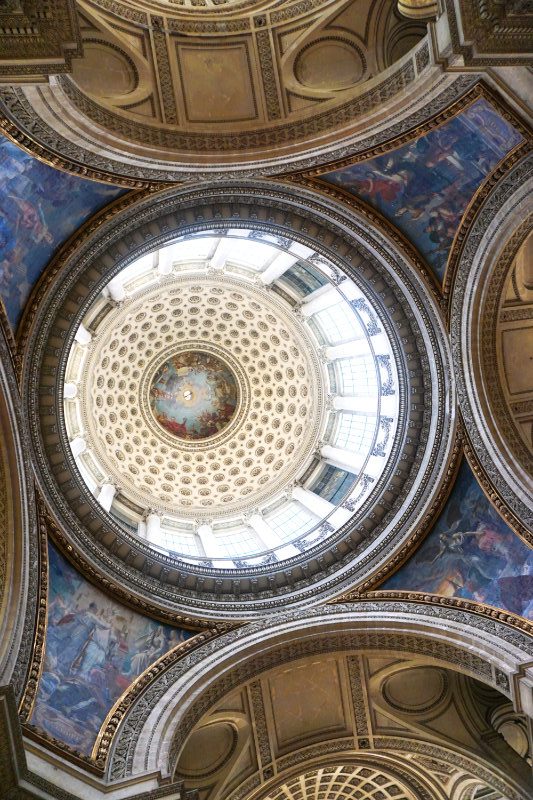 The view up to the dome from here is lovely and pretty paintings decorate the area. 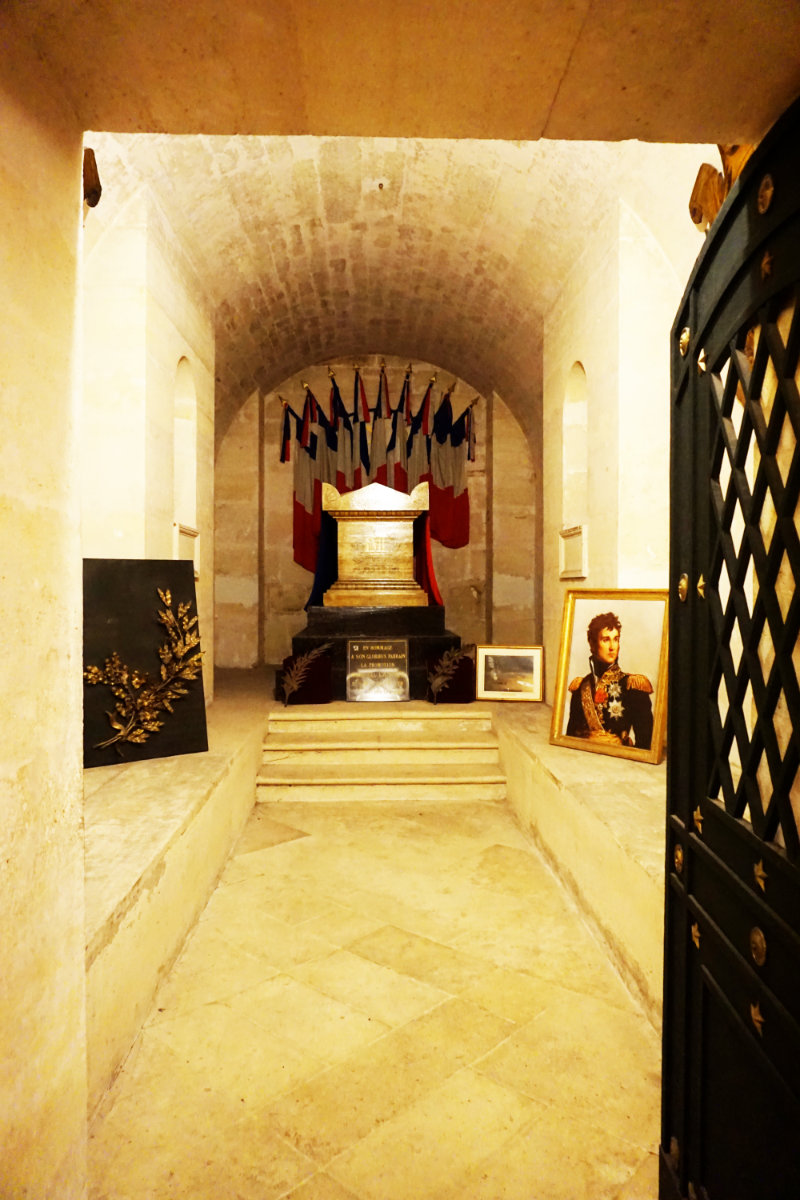 Walking all the way through the building brings visitors to the stairs that lead into the crypt.
We make the descent into the crypt and notice that its layout differs from the typical characteristics of a crypt. It is so big that it stretches out underneath the whole building and it is split up in multiple corridors that lead to different burial chambers. They are the resting place for currently 75 people.

People are only buried directly in the Panthéon as an exception. Usually, the remains or the urn are transferred from a different burial place a lot later. This process is called Panthéonisation (Panthéonisation) and it has to be approved by the Parliament and the Prime Minister.

We saw the graves of Nobel Prize winners Pierre and Marie Curie (discovery of radium) and the grave of Louis Braille, the inventor of braille. Other well known French like Jean-Jacques Rousseau, Voltaire, Victor Hugo and Alexandre Dumas were put to rest here. Dumas was moved into the Panthéon 130 years after his death and Marie Curie was the first of a total of three women who are buried here.
The design of the different grave chambers varies greatly from a simple sign to elaborate floral decorations and pictures.

In my opinion, a visit to the Paris Panthéon should definitely be part of any visit to Paris. 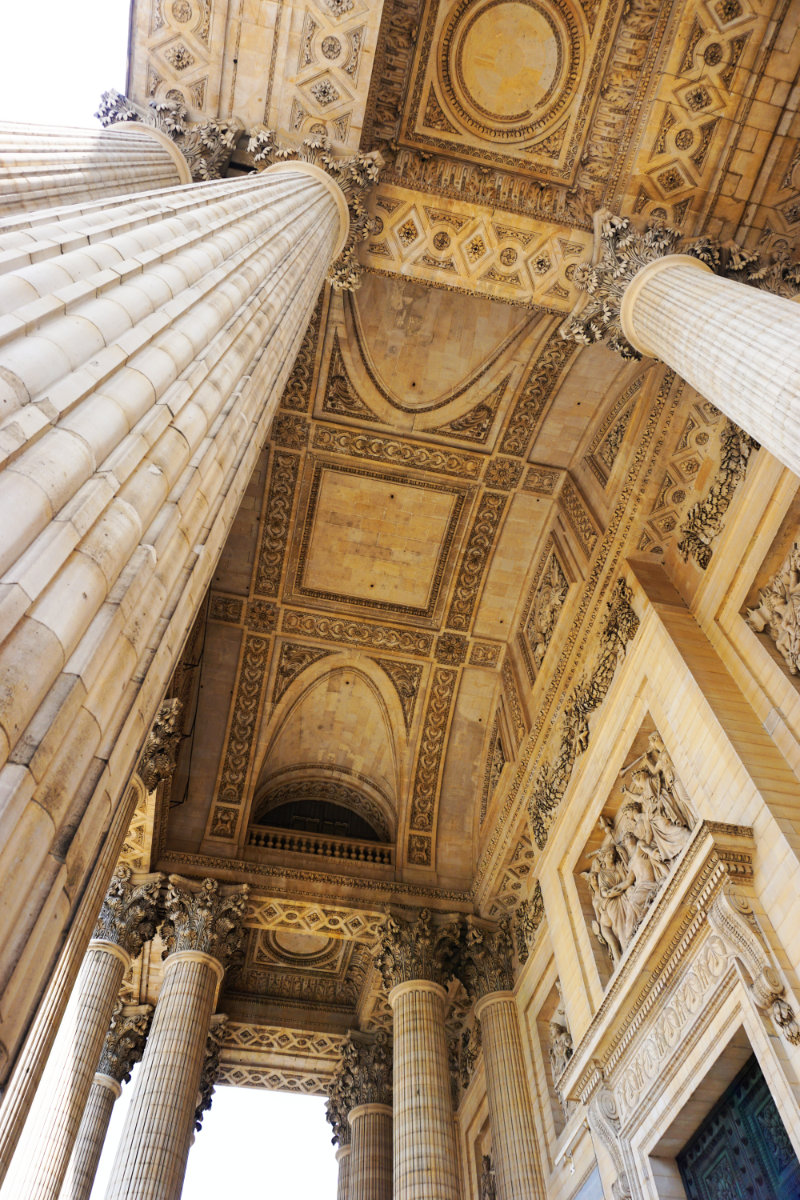