In Franconian Switzerland, in the area between Gräfenbach, Weißenrohe, Hohenschwärz and Thuisbrunn, there are five breweries that not only sell their beer but also want to boost tourism in the region. The beautiful nature of the region, the desire to hike and the thirst while hiking are the ideal combination to signpost a beer hiking trail. In 2008, the Fünf-Seidla-Steig opened and now connects the region’s breweries with each other. Since 2015, the trail has been a registered and protected trademark.

Adventure hike Five-Seidla-Trail with many breaks

We took the regional train from Nuremberg to Weißenohe, a village in Franconia. Already at the station there was the first information board pointing out the hiking trail. On it you can read, for example, tips on the route and the hiking markings to follow and for the return transport to the starting point. The breweries that can be found along the trail are also briefly introduced.

Yes, and so that you can relax after the exhausting journey and the way from the station to the town, the first brewery is also right in the town.

The Weißenohe monastery brewery was originally founded in the Benedictine monastery of St. Boniface in Weißenohe in the 11th century. It is now family-owned and the monastery’s brewing tradition continues here.

Besides drinking beer, you can of course also eat at the pub. At weekends there are special menus with changing dishes. From hearty to vegetarian, everyone will find something that tastes good.

The beer selection was really good. There was traditional Franconian beer and seasonal beer is offered. The speciality on offer is the Gruit, a herbal beer with Tausendgüldenkraut, Mädelsüß and vermouth. Patrick tasted it!

Wednesday – Friday: from 11 am
Saturday, Sunday, public holidays from 10 am

The hiking trail leads along well-maintained paths through the beautiful nature of Franconia. Until you finally reach the next town on the Five-Seidla-trail, Gräfenberg.

The first destination was Friedmann’s Biergarten zum Bergschlösschen. This beer garden is located above the village and was easily recognisable from afar.

But first we passed a memorial. The war dead memorial stands somewhat elevated and can be reached via a few steps. The temple-like building has an oval ground plan with an inscription plaque. In front of it is a viewing platform and flight of steps.

It was not far to the beer garden at the Bergschlösschen. What a view over the village and the adjacent valley. Of course, there was also a refreshing beer here, the house brand is the Friedmann Pils on tap and the speciality is the naturally cloudy Sigi’s Lager and the Ritter-Wirnt-Trunk, a dark country beer.

If you don’t want to walk all the way up, you can also stop at Friedmann’s Bräustüberl. Here, too, you can get the beer from the family brewery and also enjoy Franconian cuisine.

Winter season:
Thursday, Friday: from 11 a.m.
Saturday, Sunday: from 10 am

Before heading to the next brewery inn for a snack, it is worth taking a short tour of Gräfenberg. There are beautiful houses to discover. The Hilpolsteiner Tor is a three-storey tower with a gable roof. The tower with the round-arched gate dates from 1545 and stood right next to the town wall. The painting on the tower is really worth seeing.
The houses around the market square are also not to be missed. Most of them are listed and very well preserved.

After the short tour through the village, you should stop at the next brewery on the Five-Seidla-Trail.

The Brauerei-Gasthof Lindenbräu is a family-run business. Here you can sit in a cosy guest room or in the beer garden under the linden tree and enjoy your beer and snack.

The house speciality is a naturally cloudy wheat beer and an amber-coloured Franconian full beer.

On the way to the fourth brewery on the Five-Seidla-Trail, the trail leads from Gräfenberg to the small village of Hohenschwärz. The approximately 10-kilometre-long hiking trail leads past small houses and through nature.

Finally, you reach the brewery, founded in 1897. The family business runs the brewery inn and offers homemade Franconian dishes here.

You can quench your thirst with the various home-brewed beers. The dark Hofmannstropfen and the naturally cloudy light beer from the small brewery are particularly popular.

Elchbräu is still a fairly young brewery. It only opened in Thuisbrunn in 2007. The beer is served at the Seitz Inn. Here you can get not only the naturally cloudy beers like “Dunkel” or “Hefeweizen”, but also special beers like ale or smoked beer.
Those who like whiskey or fruit brandies will find what they are looking for here. The brewery even has its own creations.

Tuesday, Friday, Saturday, Sunday: 10-22 h
From December to the end of February Sundays only until 16 h

What routes does the Five-Seidla-Trail have?

Round tour: 18/20 km
The 18 km round tour ends at Gräfenberg railway station.
Start: Weißenohe
Link to the hiking map

There is a separate signpost for the Five-Seidla-Trail. Alternatively, you can follow the Frankenweg trail. It follows the same route for the most part. 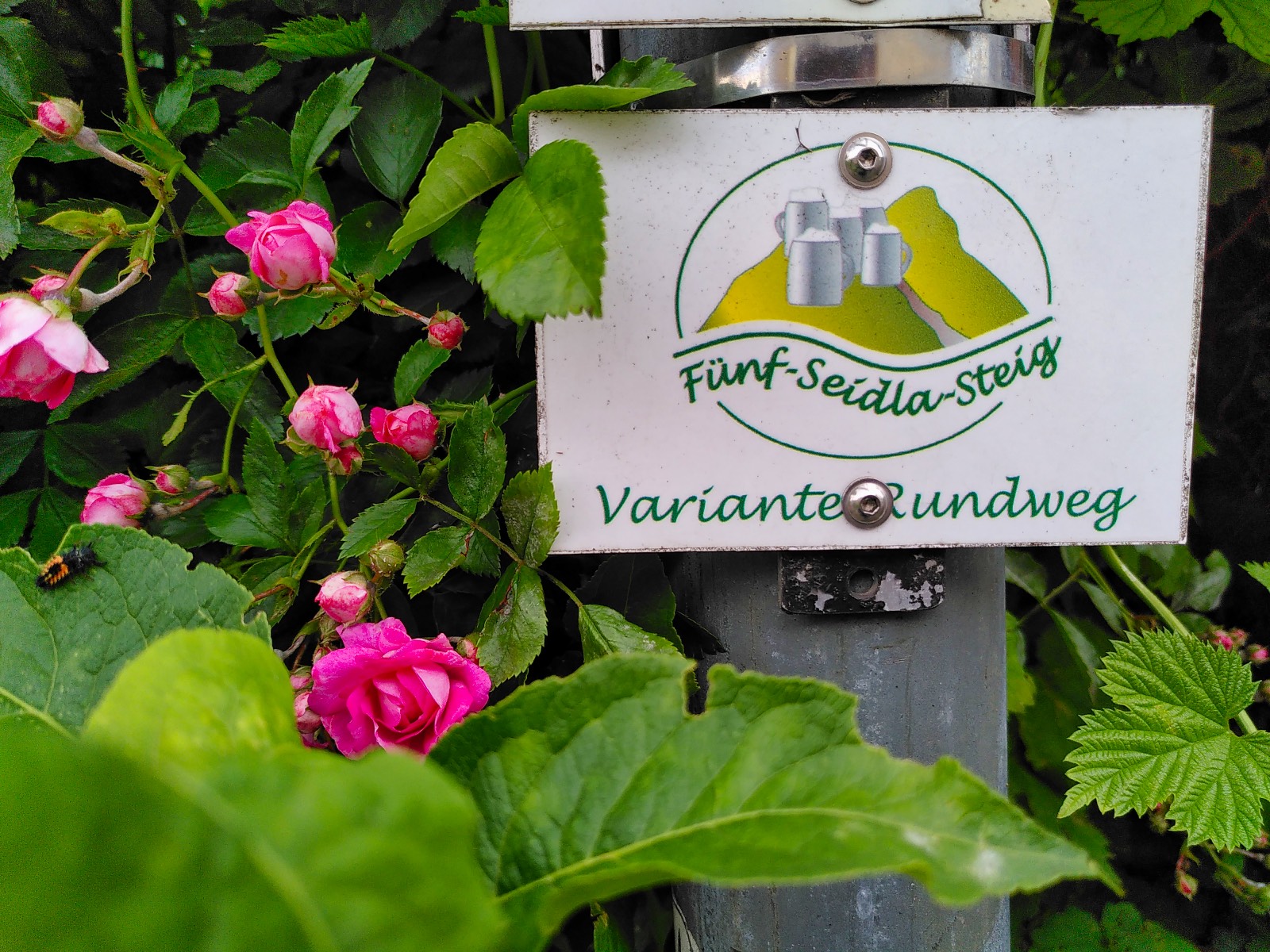 How do I reach the Five-Seidla-Trail?

The Gräfenbergbahn R21 runs regularly from Nuremberg Nordostbahnhof to Gräfenbach and Weißenrohe stations. At weekends, the trains run hourly, on weekdays even more frequently.
In addition, bus line 226 runs along the route and from 1 May – 1 November the Trubachtal Express (bus line 229) runs on Saturdays, Sundays and public holidays.

Are there brewery tours?

Fixed dates for brewery tours are offered at the Weißenohe monastery brewery. All other breweries offer these by appointment only.