Hamburg
Hamburg – a walk through the city

There is no such thing as bad weather. Only inappropriate clothing. So, despite it spitting with rain, we put on our most comfortable shoes, got the umbrellas out and embarked on an expedition through Hamburg. Mostly on foot with the occasional metro or train journey.

Near the Michel, we bumped into Zitronenjette. Our good friend Google helped us out here since we had no clue what this statue with the shiny fingers was about.

It is a homage for a famous Hamburg citizen. Between 1854 and 1894 a small lady sold lemons in Hamburg for a living. In 1894, this lady, Johanne Henriette Müller, was admitted to a mental asylum because of alcoholism and weak-mindedness. Her character can often be found in Low German plays and stories.

One of her fingers is all shiny because it is said to bring good fortune to touch that finger. 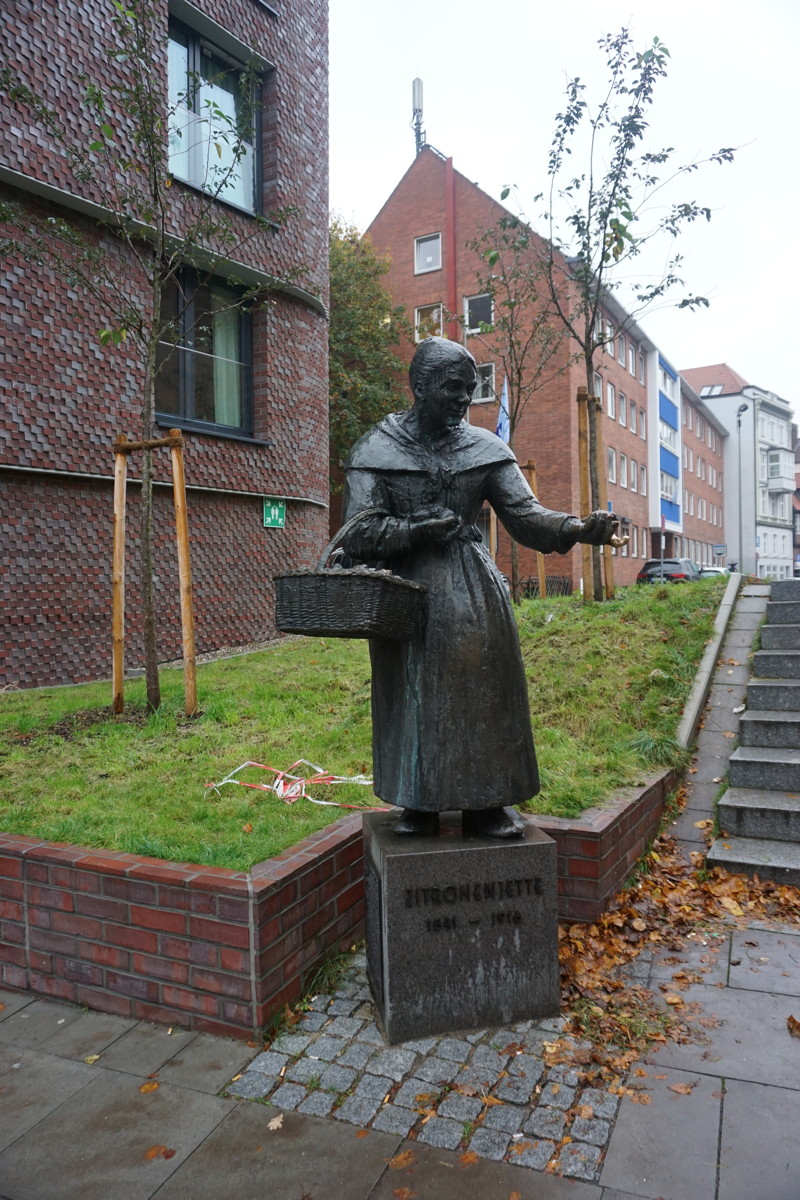 Have a look at the Elbphilharmonie 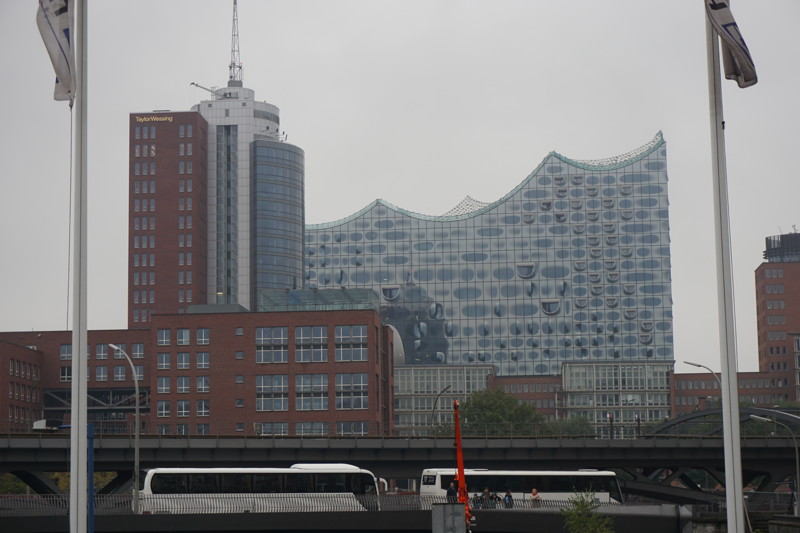 Where some of the warehouses of the famous warehouse district in Hamburg used to be, the city is now building the Elbphilharmonie (expected completion date in 2017). Hamburg wants to emphasise its international cultural significance with this concert hall.

The base of the building is one of the old warehouses. A curved, crystalline shaped new construction rests on top of it. The main concert hall is going to offer space for 2100 spectators, two smaller halls are going to be used for chamber concerts and the like. 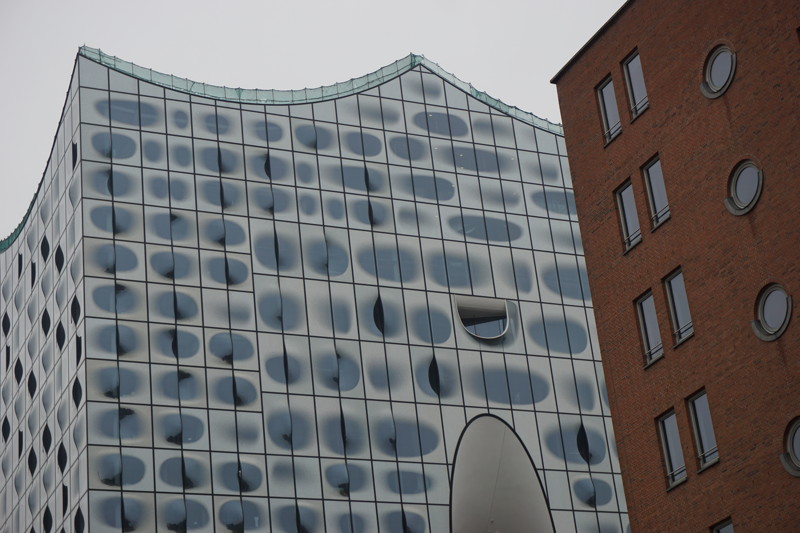 A plaza at the height of 37 meters is going to be built in front of the concert hall, from where visitors are going to have a spectacular view of the bay and the city.

Even though the construction of the Elbphilharmonie was extremely expensive and took a long time, the exterior alone was worth the effort I think. The façade looks like water which is slowly freezing over from the inside out and ice that is taking over the building. The curved shape is an eye-catcher for sure and it is going to be interesting how the finished building will be perceived by the public.

Quick visit to the warehouse district 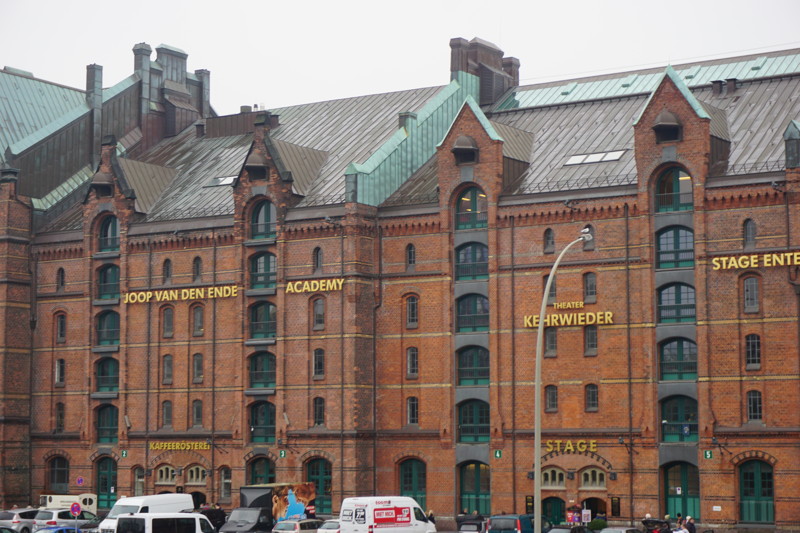 Our tour through Hamburg also brought us to the warehouse district. We crossed over a small bridge, had a glimpse at the outskirts of the district and then continued our tour. 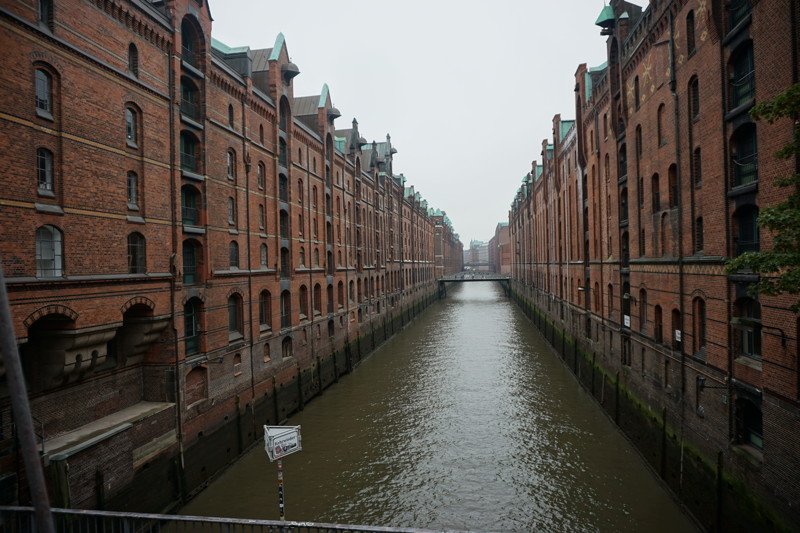 Unfortunately, the short time that we had to explore Hamburg wasn’t enough to discover all the sites and attractions in the warehouse district. I am determined to come back and to spend a lot of time in the area.

A walk through Hamburg past the Police Station

At the edge of the Hafencity, just right off the Wilhelminen Bridge, is the old Police Station.

The building is relatively well known through the German TV series “Notruf Hafenkante”.

It was built in 1910. Today, it holds the operations centre for the water safety district 22 and the team of the firefighter boat “Brandmeister Repsold”. 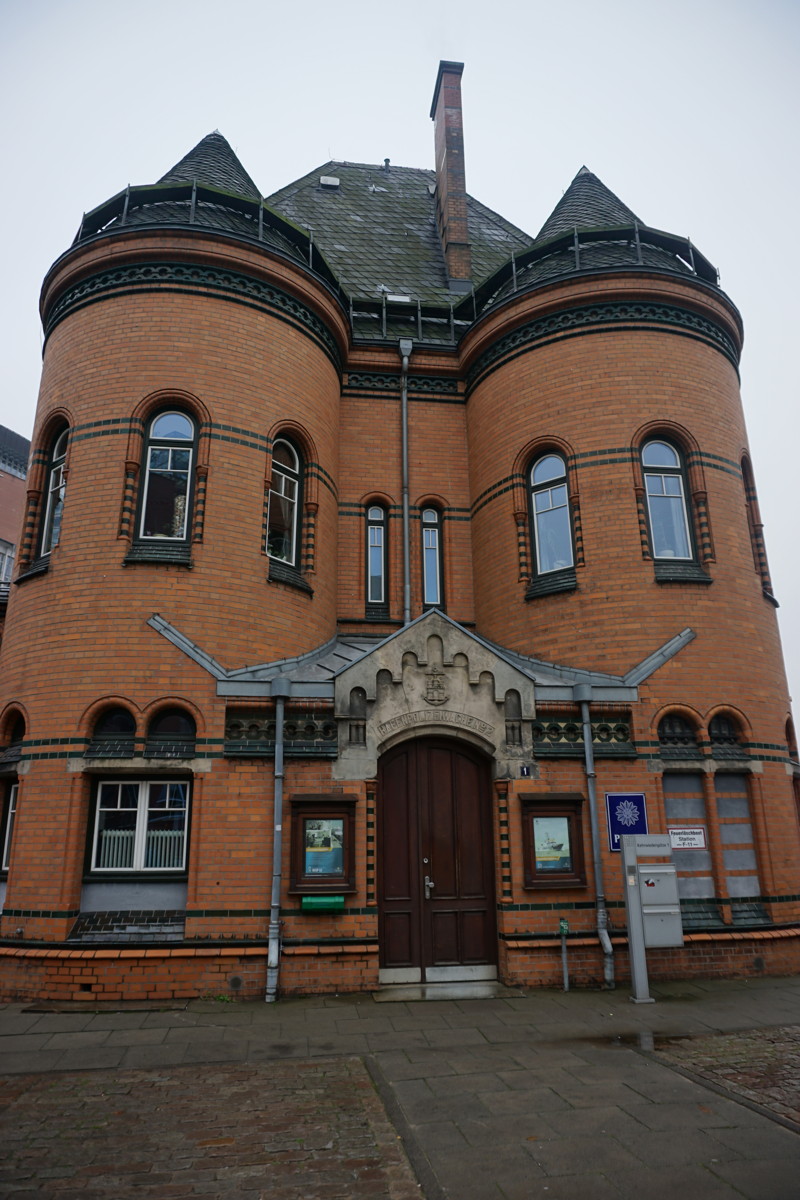 The St. Pauli Piers are the mooring place for many boats; the tourist harbour tour boats, the boats to the Heligoland Island and the ferries. This is also where the musical ships, that carry the guests across the bay to the theatre on the other side, take on their passengers. 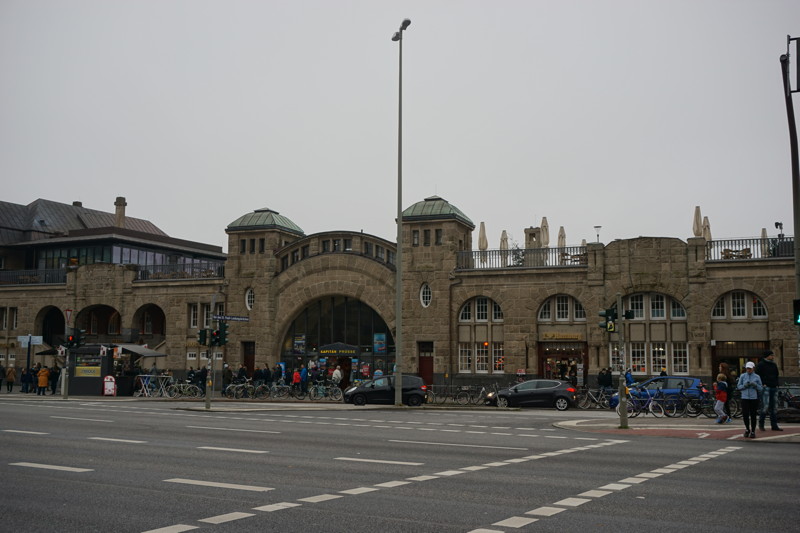 The terminal building at the St. Pauli Piers is under Monument Protection since 2003. It is roughly 250 metres long, traversed by multiple arcades and carries two towers with green domes. One of the towers shows the time and the current water level of the Elbe. 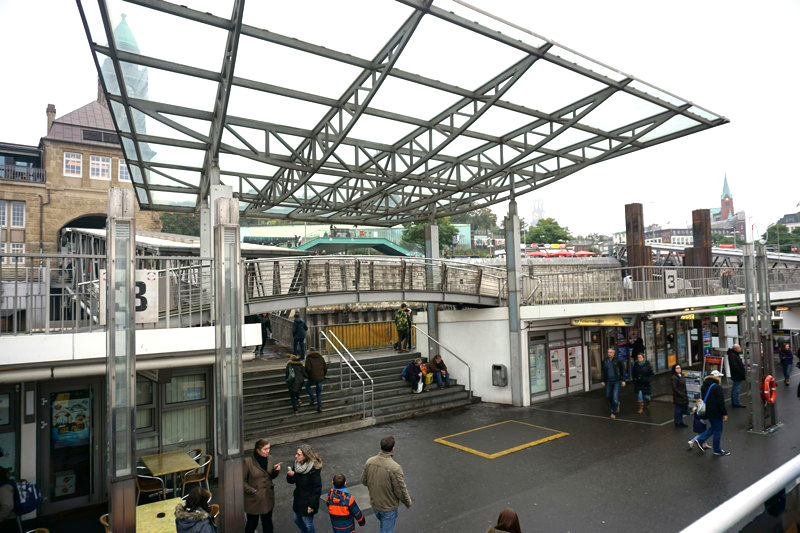 Those who have a little more time to spend should try to find a quiet spot and to just observe the busy piers. People embark and disembark the multitude of ships constantly, boats come and go and the scenery almost looks like a busy anthill. This is a perfect spot for a coffee and some people-watching in nicer weather, I am sure.