Athens
Olympieion or the Temple of Zeus

The ruins of the Temple of Zeus are impressive because of their enormous size. It is the largest structure of the ancient Greece. 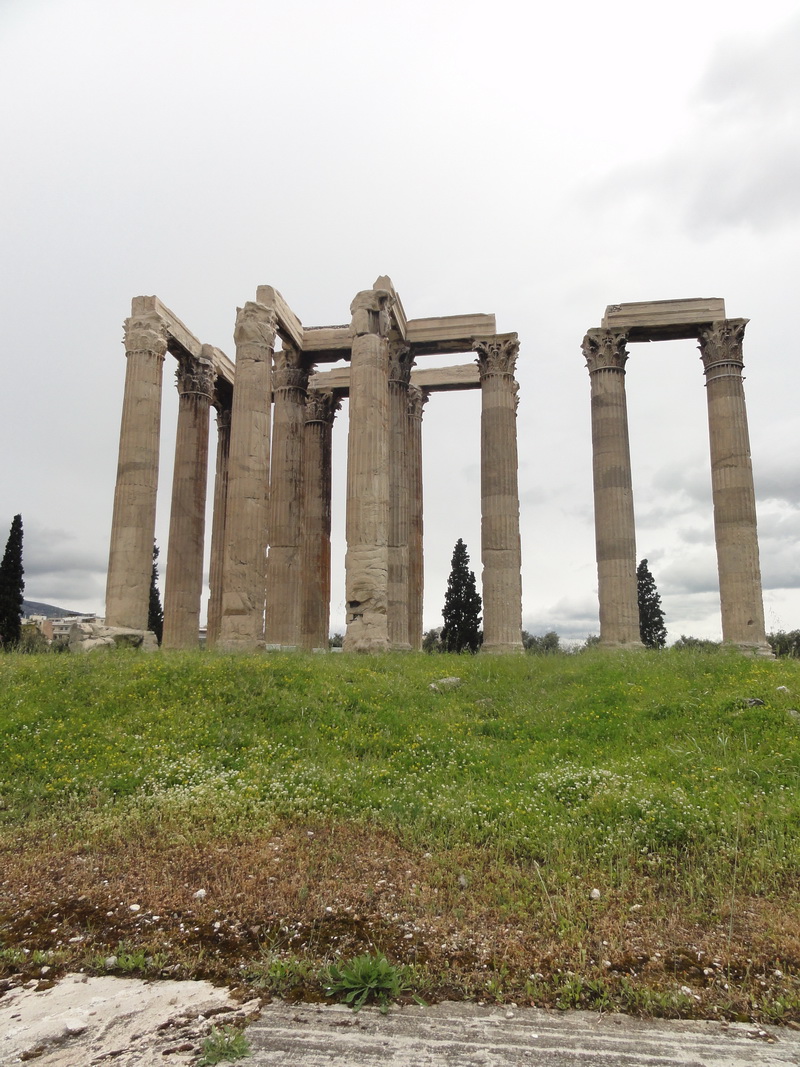 As early as 550 BC. Peisistratos decided to build a temple for the Olympic God Zeus. The work was interrupted several times and already finished components were used for other buildings. Only 700 years later, around 130 AD. Emperor Hadrian had the building completed.
Why the temple of Zeus was destroyed has not been clarified. It is assumed, however, that an earthquake was to blame.
It was not until 1889 that excavations began here.

We have actually only visited this complex because we happened to walk past it and the admission price was included in our ticket for the Acropolis. But you can also have a very good look at the building from the outside and get an impression of its size. I did not find information boards here, so the traveller’s guide had to suffice.
We did not have much time either, half an hour before closing time, the staff started walking around with loud whistles and rather rudely asked the remaining visitors to leave.

15 columns are still standing at their full height for visitors to admire, partly still carrying the remains of the woodwork. Originally it supposedly have been over 100 columns. Each of the columns is about 17 meters high and made of marble. A really very impressive altitude when you are right next to it. One column is lying on the ground and gives another perspective of the sheer size of them.

You can walk around the ruins as a visitor and imagine the original dimensions. 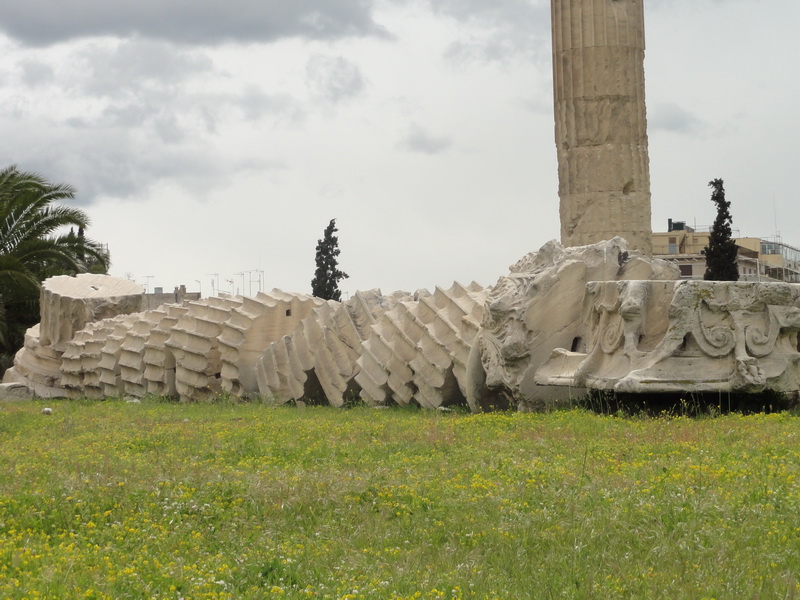 Incl. in the Combi ticket of the Acropolis 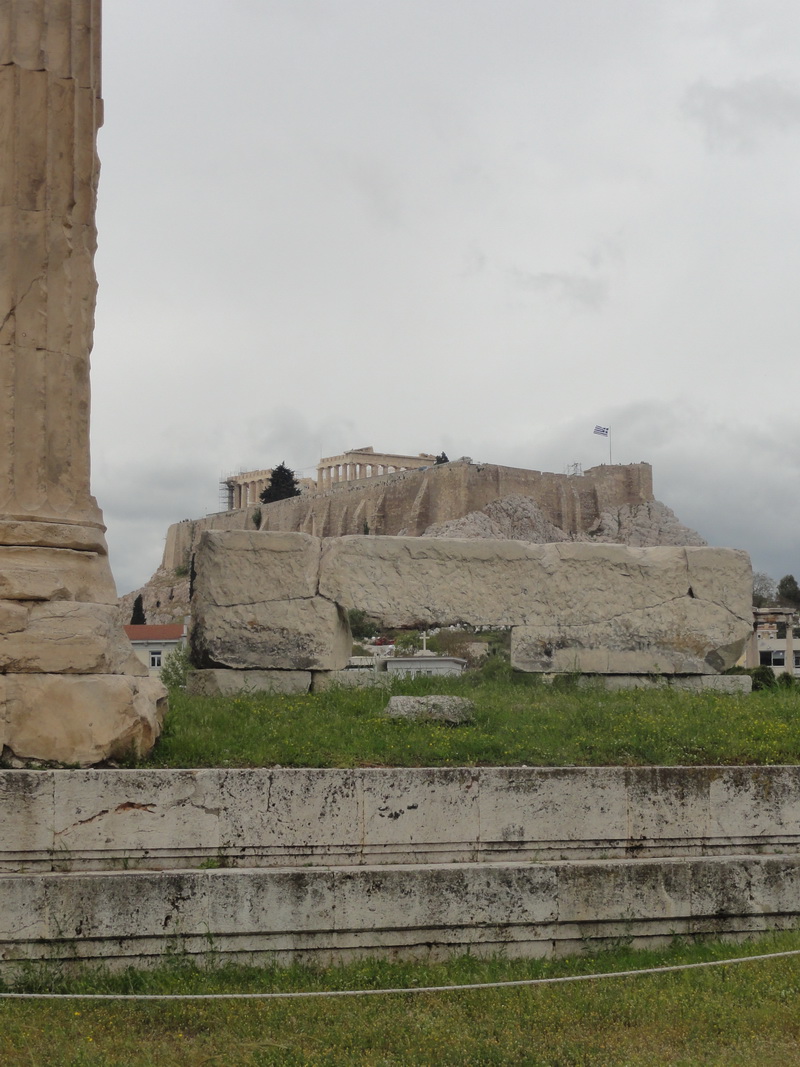