In the Mediterranean, Crete is the largest of the Greek islands. Those who spend their holidays here should plan not only beach holiday. Here you stumble on almost every corner of Greek history. 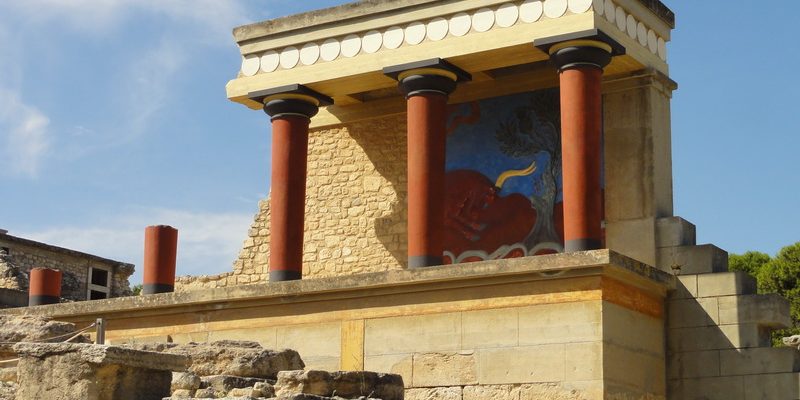 Crete
Knossos - remains of a palace

The ancient town of Knossos is located about 5 kilometres south of Heraklion. I had already heard so much about this historical site since my early school days, so I absolutely wanted to go.

The Palace of Knossos is the largest Minoan palace in Crete and is part of the European Cultural Heritage.
Over the years, Knossos has been repeatedly destroyed and rebuilt; the most recent reconstruction the palace being structurally unsafe. It was built around a rectangular central courtyard and consisted of 1-5 storey buildings. Now, there are about 800 rooms, but it is assumed that the original number was considerably higher.

You have to have an interest in excavation sites to enjoy them. In fact, it’s often only stones lying around and on interpretation boards, you learn that this particular stone used to be part of a wall of a house. That is admittedly a little exaggerated. But is it not the case that lots of excavation sites look too similar to each other for the layman’s eye? It is therefore recommended to take part in one of the tours through Knossos, which are also offered in German. You can also buy a ticket at the entrance and explore the palace grounds on your own.

I love strolling through the excavation sites, and I can spend hours immersing in the texts on the explanatory panels. Much to the chagrin of the rest of the family, who prefers to leave most of the panels unread.
Knossos has more to offer to the visitor than just "stones". Visitors can walk alone or with a guide through the huge palace ruins. There are some paths, but there are also places where you can get very close to the old masonry.
There are stairs and even parts of the old upper floors to be discovered. Some of the stairs can still be used.
The colourful wall formations and the coloured columns are particularly beautiful. The colours have been reconstituted from original pigments.
The famous dolphin fresco and the throne hall can be viewed in extra rooms. But you should take some time, the number of visitors is really big.
I was particularly impressed with the irrigation system. There were not only open water channels, also terracotta water pipes were used in Knossos. There was even a toilet with a water purge! The ventilation system of the rooms was also very advanced for the time. The results are similar to those achieved by today’s air-conditioning systems. 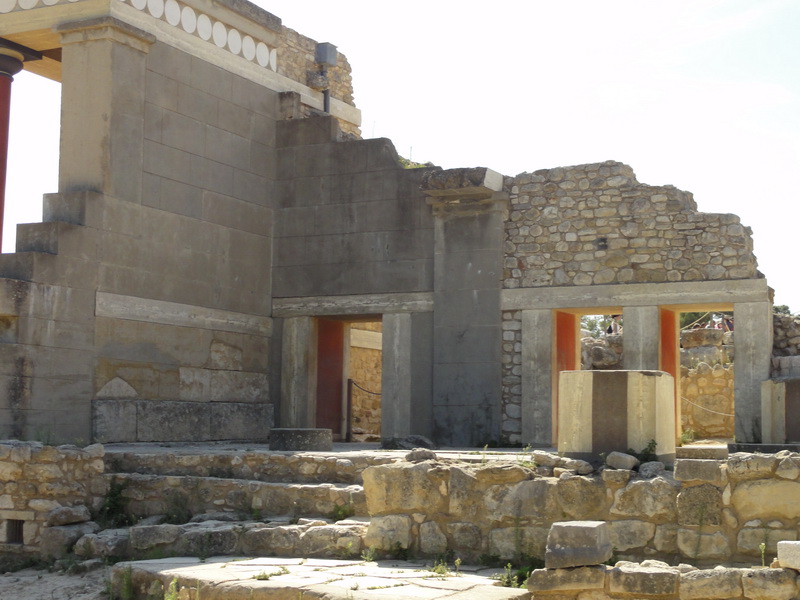 To me, the visit is a lasting memory and I can only recommend going there and experience Greek history on site.

Some noteworthy points that came to mind during our visit are:
The excavation site lies in the blazing sun. There are only a few shady spots. Since no beverages can be purchased on the premises, you should bring plenty of water.
You should come as early as possible. As the day goes on, tourist coaches arrive and visitor masses flow into the palace grounds.
There is ample parking. Here, of course, you have to pay extra!
The paths are made of sand or gravel, solid footwear has proven its worth. 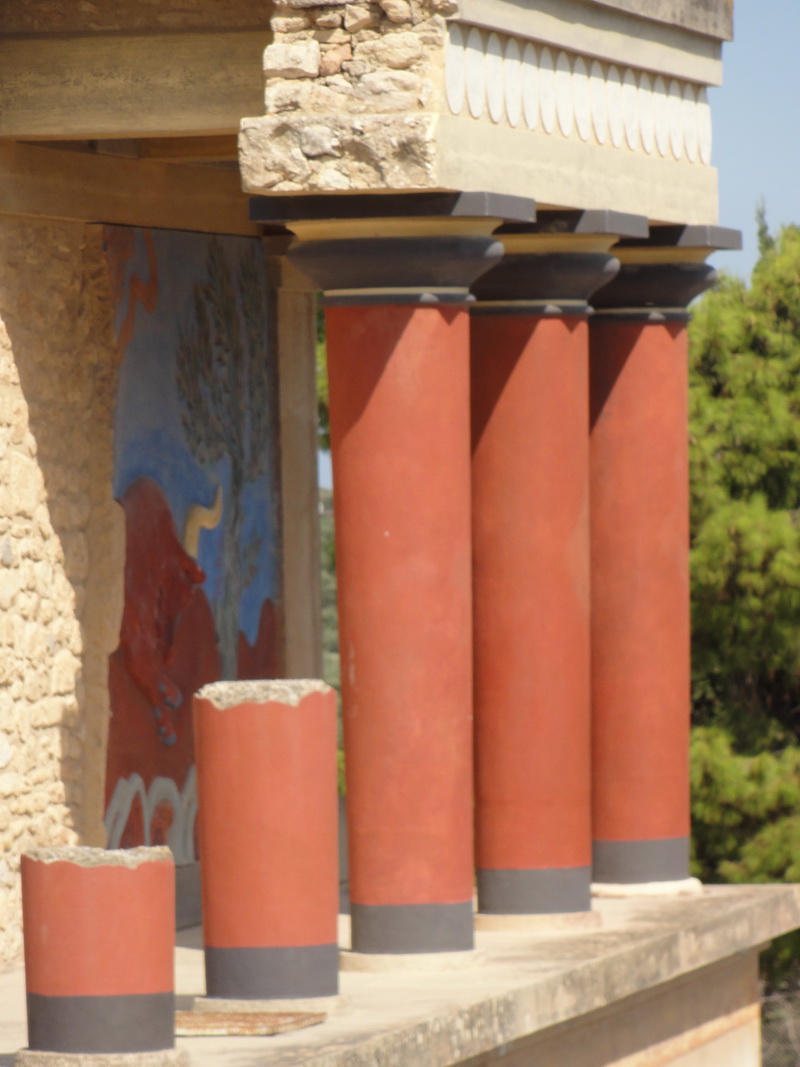 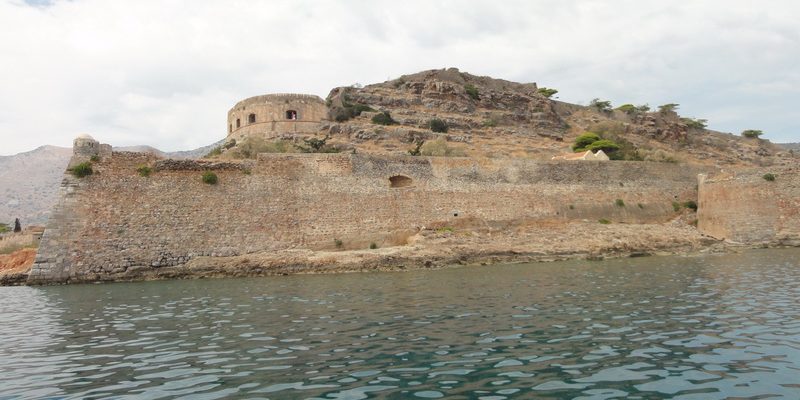 Greece is so rich in interesting destinations that a short holiday is never enough to discover even a fraction of them. During our stay in Crete, the wish list was very long, but Spinalonga was a "must".

This actually had a very trivial reason. I had read a novel of Victoria Hislop shortly before the trip, and it completely captured my imagination. The “Island of the Forgotten” is set in the leper colony just off the coast of Crete and I was curious about the small island that is within sight of the coastline of Crete. 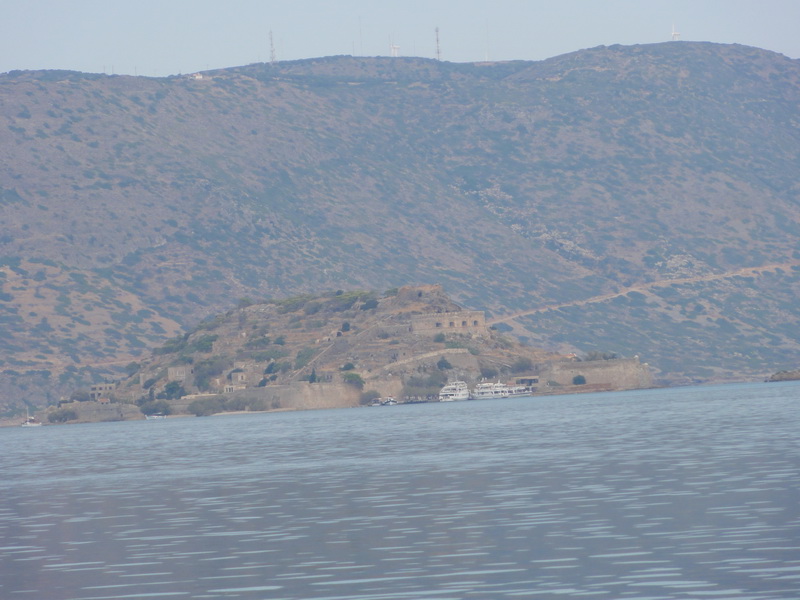 Leprosy is an infectious disease that can be transmitted by direct and indirect contact. To this day, the disease still causes fear and fright and the sufferers are still isolated but today treated with medication.

More than 100 years ago there was no such possibility. The Free State of Crete, therefore, decided to build a leper colony on the island of Spinalonga in 1903. The formally unused fortress on this island then became a place for sickness, despair, and the desire for healing. In the true sense of the word, the government collected all those suffering from leprosy on the main island and brought them over to the small island. 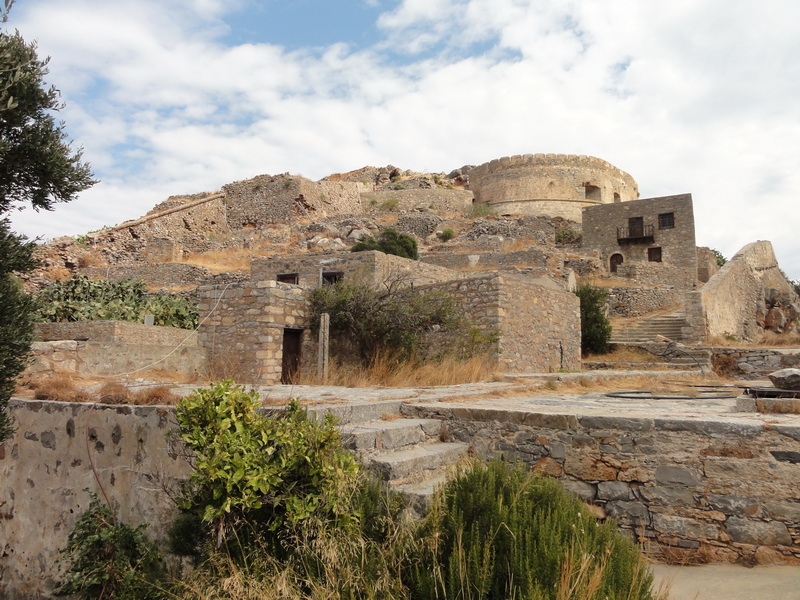 That caused big problems on the island at first. Water and food had to be transported over from the inland of the main island and also no doctor set food on the leper colony for the first four years. But gradually the inhabitants began to feel at home on the island. Houses were renovated, they tinkered with a self-sufficient water supply, gardens were built and livestock was kept. Even small shops were opened by the residents and tavernas with entertainment program started to appear.
In the middle of the 1930s, it became possible to build up a generator driven power supply on the island.
In 1954 it was decided to abolish the Leper Colony. The last 30 patients were taken to a hospital in Athens.

Today, tourist boats carry countless visitors to the island every day. I really enjoyed the stay on the island. Everywhere I discovered something that I had read before in the novel.

Especially the passage through the archway to the city, from where healthy family members had a last look on their sick relatives before they disappeared in the colony, gave me chills. Some of the residential buildings of the former inhabitants still look as if someone is about to open the door.

Clearly, time has left its mark on Spinalonga, but it is still possible to imagine the conditions under which those with leprosy lived here.

For me one of the most impressive places and one that touched me emotionally.

There are ferries and small fishing boats from Agios Nikolaos, Elounda and Plaka. Prices vary according to the departure place and the provider. One should also pay attention to the length of stay on the island offered. 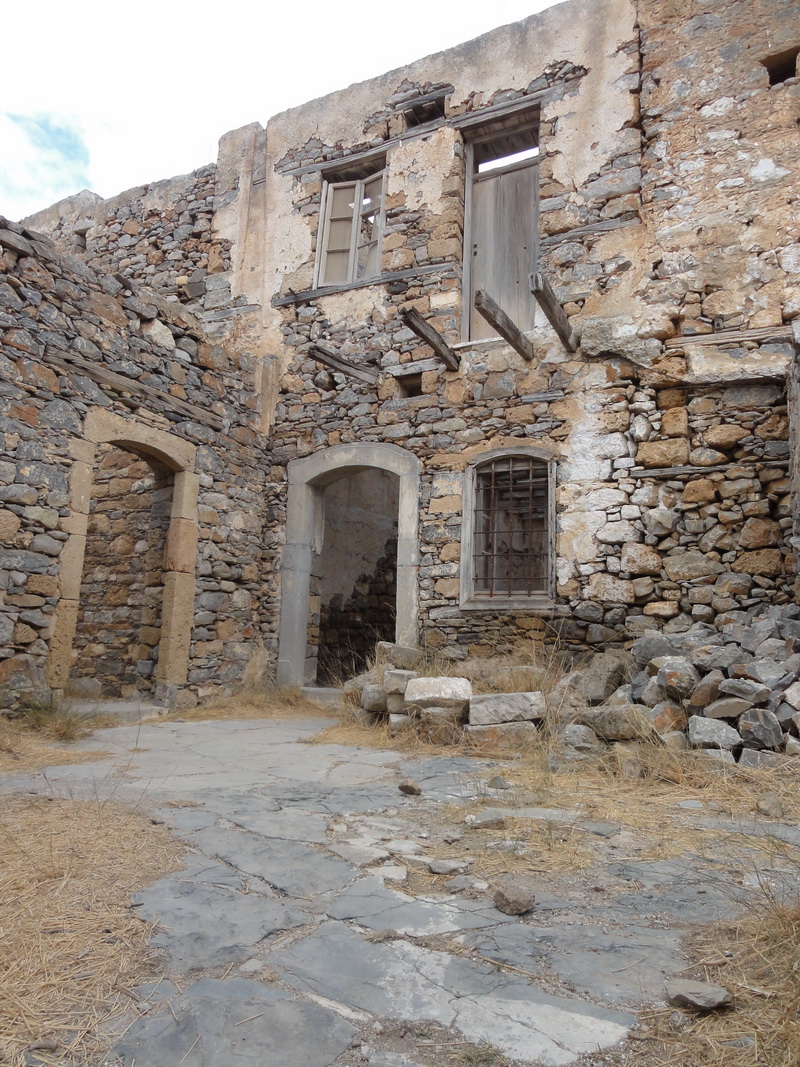