You cannot miss it when you are visiting Riga’s Old Town – Stalin’s Birthday Cake. This is what locals call the Latvian Academy of Science. 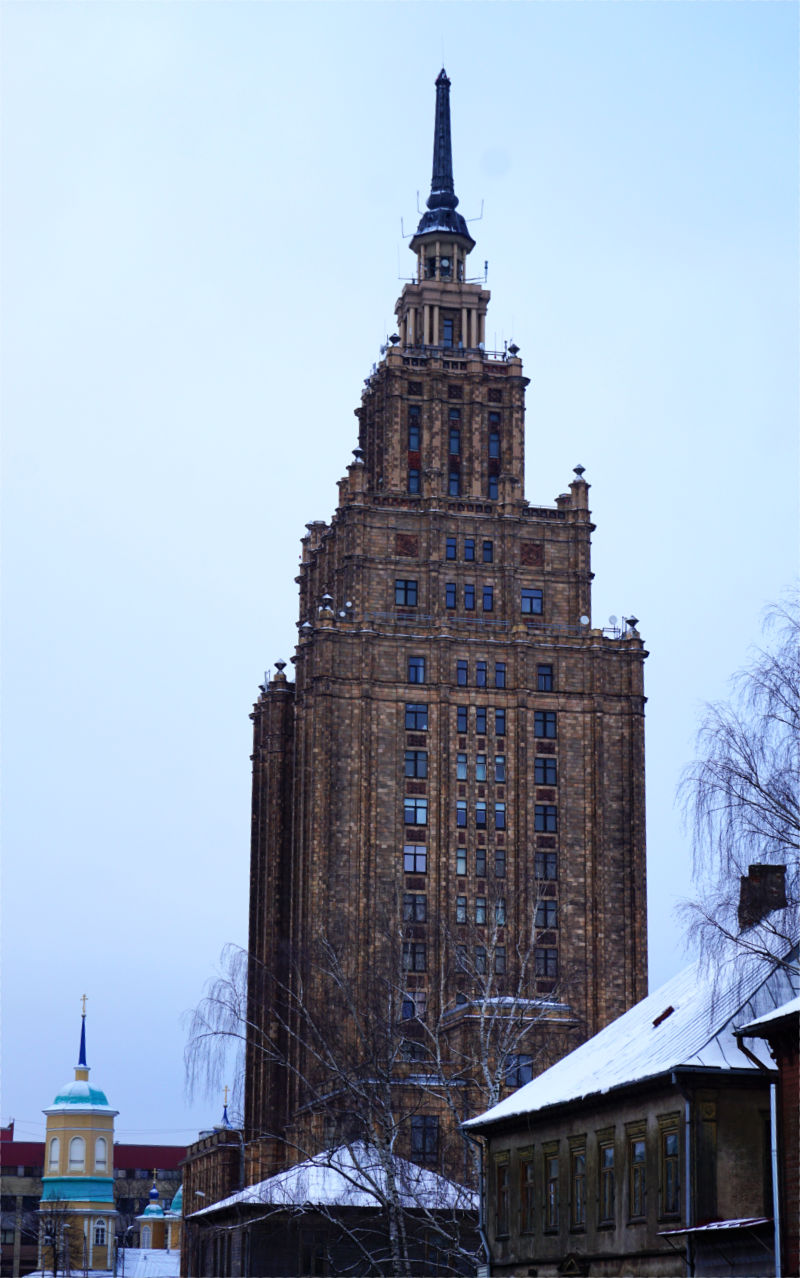 There is a very distinct looking high riser on the edge of the suburbs of Riga.

This building in the Social Classicist style was created in 1958 and stands 108 meters tall.
Social Classicism is a style that was most commonly used for representative buildings in the Soviet Union during Stalin’s times (1979 – 1953). Derogative terms for this style include Gingerbread Style, Stalin Gothic or Stalin Empire Style.

The “Seven Sisters”, seven high risers in Moscow that are, amongst other things, home to the Ministry of Foreign Affairs, were used as a model for Stalin’s Birthday Cake.

The Palace of Culture in Moscow bears great resemblance to the building in Riga. This architectural style was rarely ever used again after Stalin’s death. The building was intended for the kolkhozes farmers. Stalin’s ideas for the building included a hotel, a library and conference rooms. It was supposed to serve as a venue for events for the farmers.
The inauguration was to be held on Stalin’s birthday. Stalin passed away before planning was concluded and his successor Chruschtschow decided that the building was better suited for scientific purposes. The building became the home of the Latvian Academy of Science.
Today, the building is called Stalin’s Birthday Cake, even though he never got his birthday cake.

The view from directly next to the building all the way to the top was what amazed me. The façade radiates power. I don’t think the building is delicate at all, it is a solid, imposing building. But on closer observation, there are more subtle details to be discovered. Stone ornaments showing hammer and sickle as well as ears of corn are worked into the façade and hint at the original purpose of the building.

Weather permitting, visitors can access the viewing platform at 65 meters. There is a sign at the front door that indicates whether a visit is possible. Unfortunately, due to strong winds and snow, there was no opportunity to climb up during our visit. In good weather, visitors can take the lift up to the 14th floor for 5€ and climb up the last two floors on foot. It is open from sunrise to sunset. We have been told that the view from there is great. 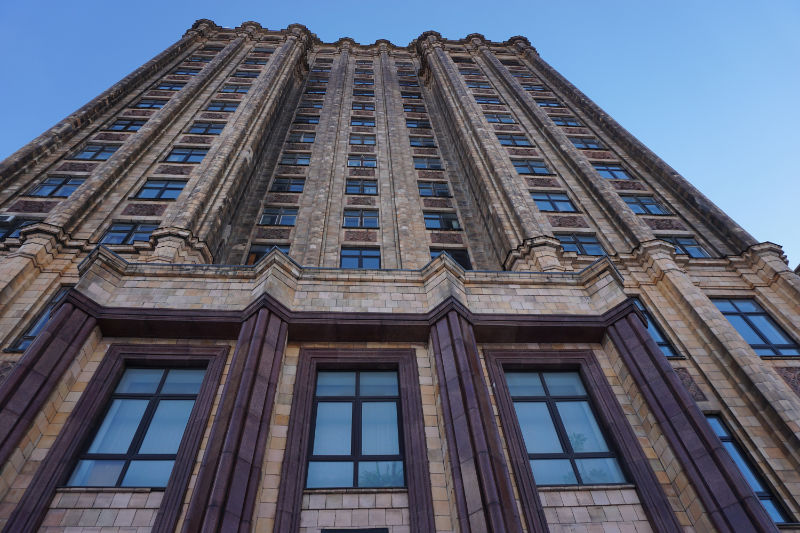