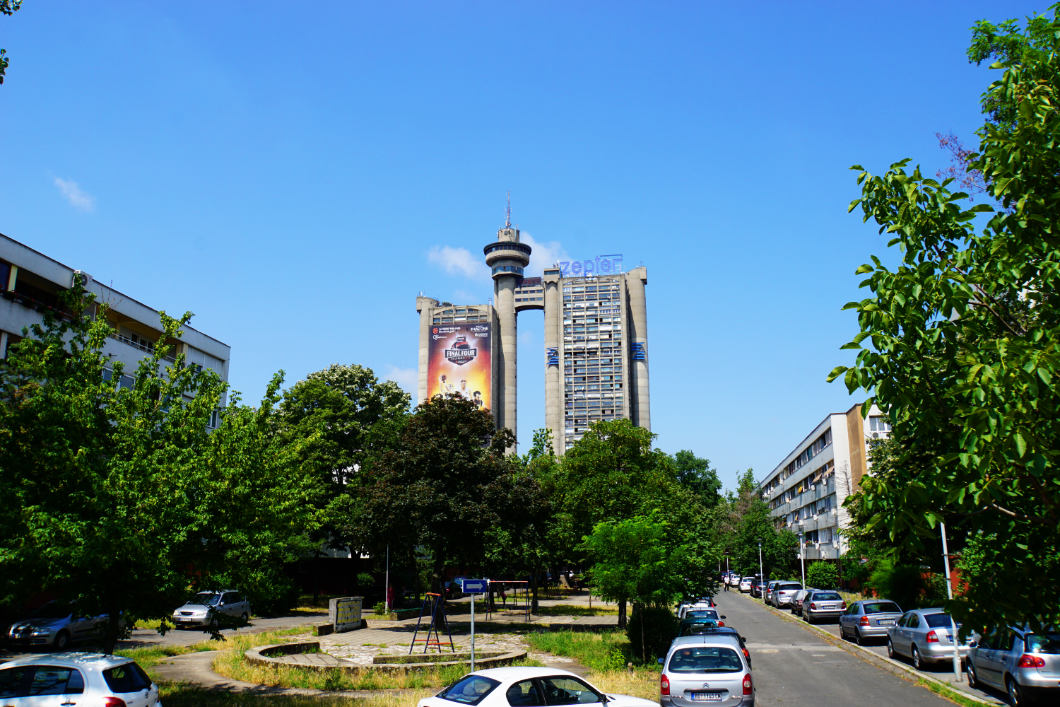 Interesting facts about the Genex Tower

The building was completed in 1980 and was constructed in Brutalism style. This architectural style had its heyday between the 1950s and 1960s. Characteristics of Brutalism are raw and unpolished materials which stayed unadorned even after construction was finished as well as buildings that were strictly functional and serving only their exact purpose. Unfortunately, this style is not considered attractive anymore. Many buildings decay, the Genex Tower, too, shows the ravages of time.

It is a 35 storey building with two wings. Each of them has a tubular annexe on their outer corner with side scuttles.

The 26 storey south tower houses mostly offices, the 30 storey north tower holds mostly flats. A bridge at the 26th storey connects the towers. On the bridge on the southern end is an element that looks like a UFO. It was used as a restaurant that could rotate, but it was closed in 2013. 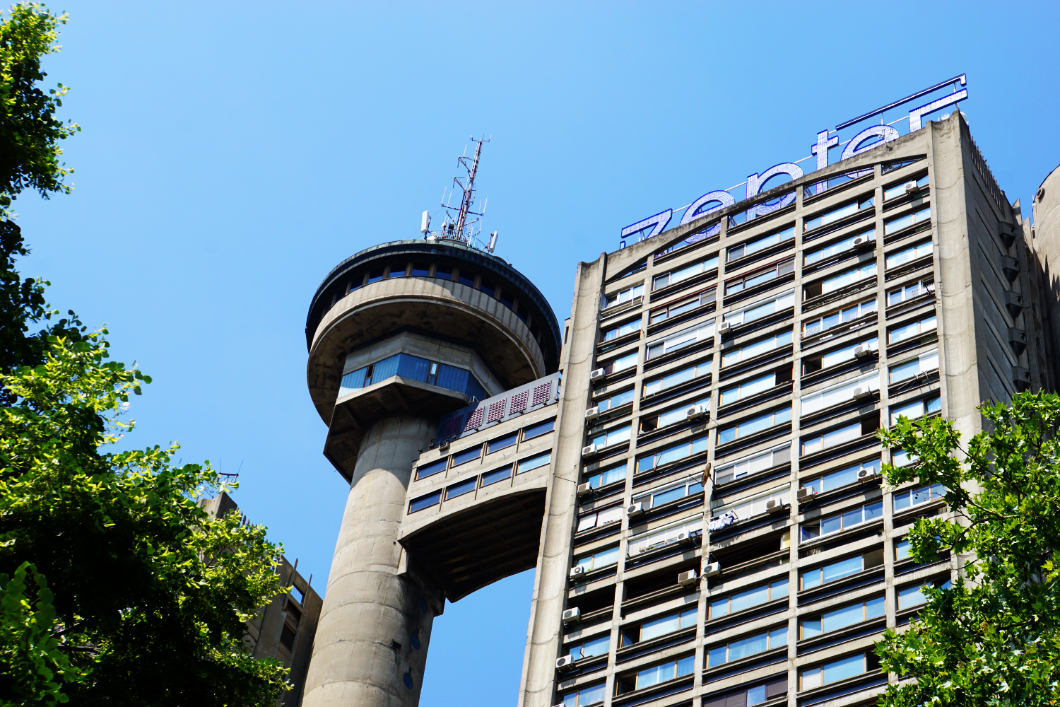 The name of the building references an old, state-owned Yugoslav import-export company.

We approach the Genex Tower via a residential area. I keep looking up.
When does one get the best view of the building?
Even from afar it is obvious that a lot would need to be done to improve the tower’s appearance again. This assessment becomes even clearer as we arrive at the very run down plaza around the tower. Only some of the tradespeople still inhabit the lower floors, the rest is empty. Everything is grubby and old. 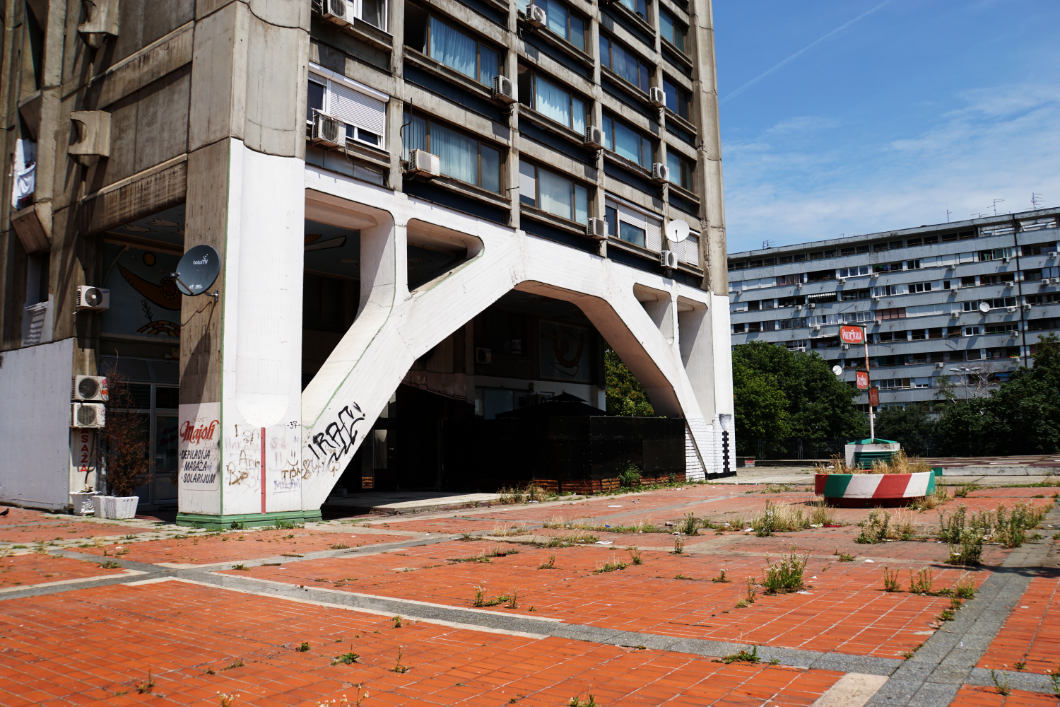 But still, I find this building somewhat impressive. When I was looking for accommodation in Belgrade I had also seen a flat in the Genex Tower. It was on my wishlist for a long time and only got scratched because of the price. The view from the flat must have been fantastic, though. I would have loved to enter the tower to have a look at one of the flats – I wonder if the architect kept the style of the interior in line with the style of the exterior. Of course, I also would have visited the rotating restaurant. Too bad that this potential tourist magnet is closed. 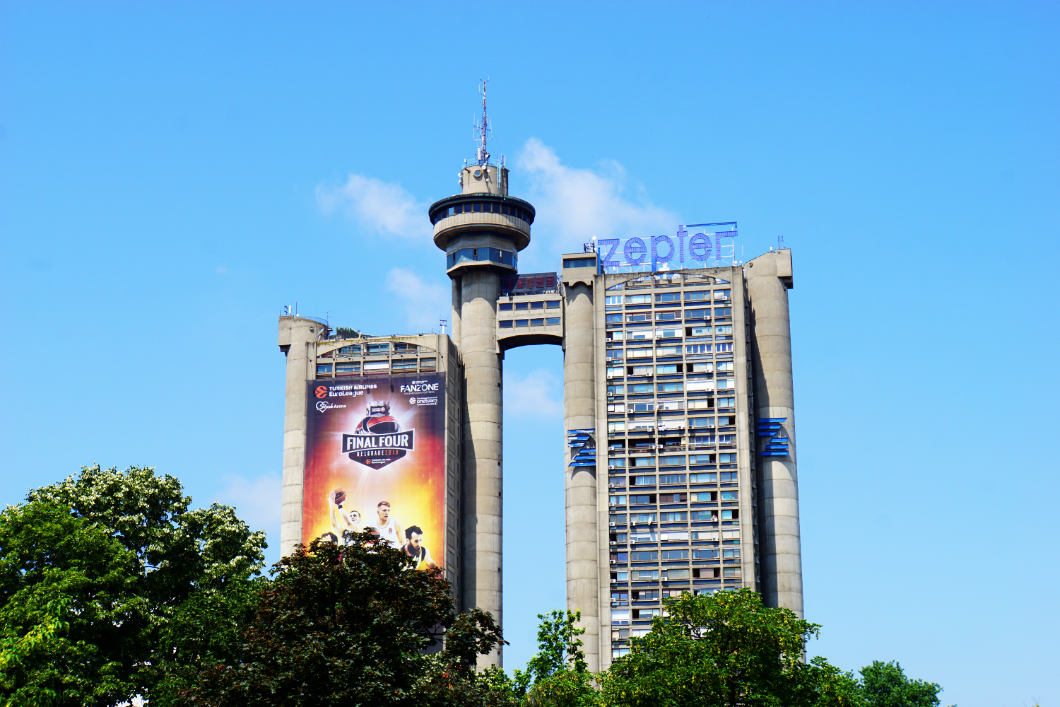