Bratislava
Who looks out of the drain?

In Bratislava you should also look at the ground when walking. Otherwise, it might happen that one trips over Čumil, one of the many sculptures in Bratislava.

The city centre of Bratislava is inhabited by many sculptures. Some are totally unknown and some sculptures have quickly become popular attractions in the city. 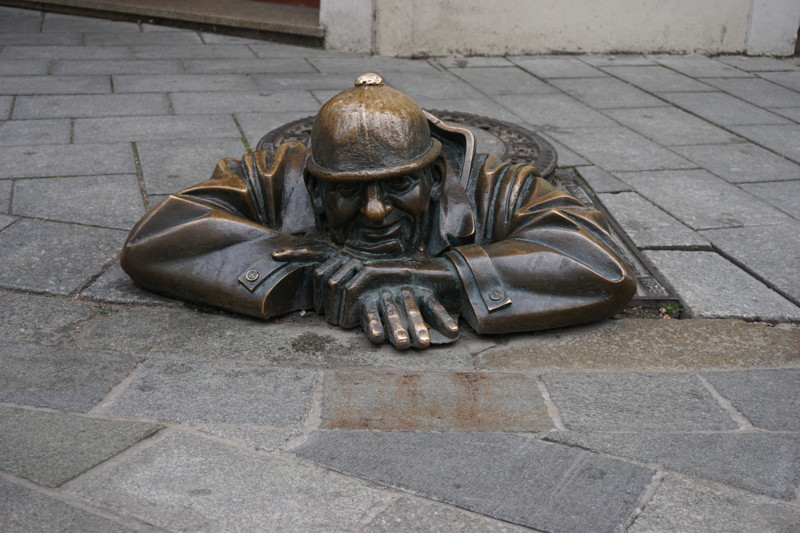 One of the most famous sculptures in Bratislava is Čumil, the "gawper".
Since 1997, this sculpture can be found at a junction in the Old Town of Bratislava. If you are too distracted by the displays of the shop windows, you have to be careful not to fall over this sculpture. He looks out of a drain. There are two possible explanations for his name. One explanation relates to a worker on his break. Another explanation claims that the worker had taken advantage of his workplace and looked under the skirts of the women who were passing by.
A legend says that a wish comes true when you touch the man's head. This is also the reason that his head is so brightly polished by now. When we tried to take a picture of Čumil without other people in it, several children were sitting on his head and some people touched the helmet.

A second very famous figure in the streets of Bratislava is Napoleon's soldier.
It took us quite some time to find this statue. The stalls of the Christmas market were set up narrowly so that spotting him wasn’t an easy task. He was well protected from all the hustle and bustle. But once found, the stalls actually made it easier to take a picture without other people standing around it. On other days it gets fairly busy around the soldier’s bench, as everyone would like to take a picture with him.  We were not able to find his "colleague" in the rush of the Christmas market, even though he apparently is on watch very nearby. The soldier of Napoleon stands on the main square in the Old Town centre and is a reminder of the time when Napoleon was in the city. 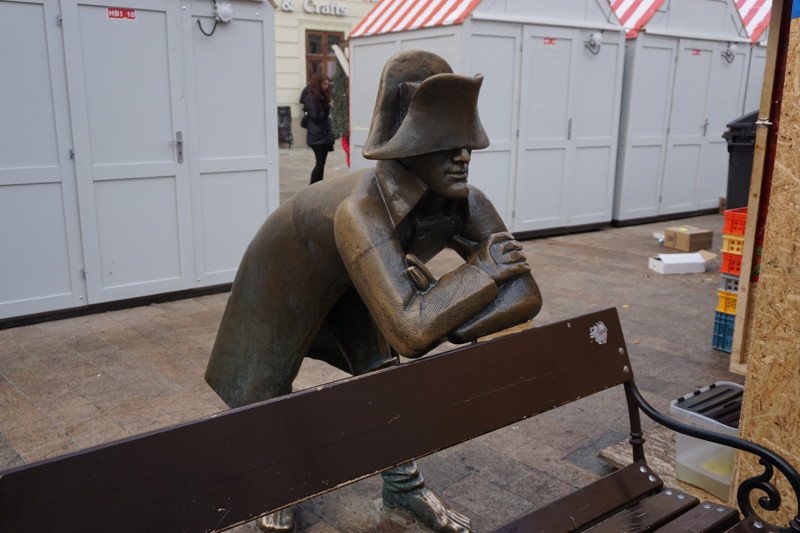 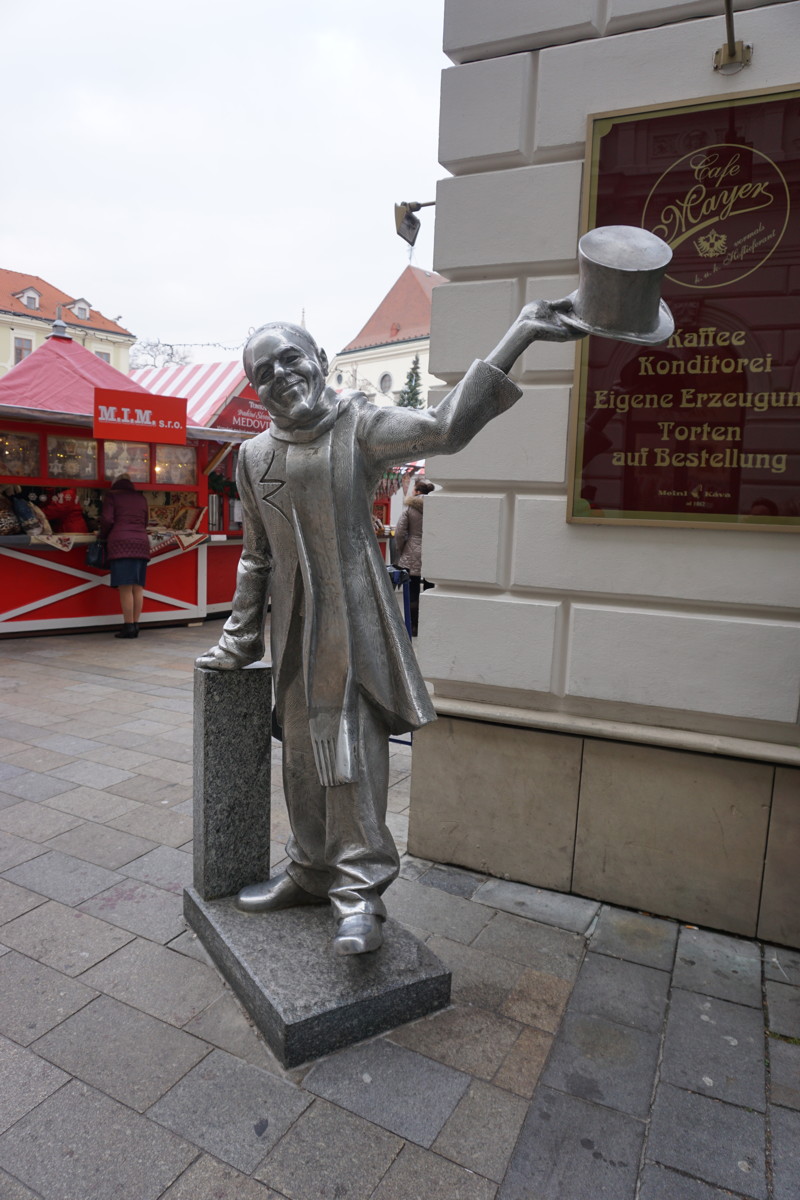 And then there is "The Beautiful"! Ignác Lamár, better known as The Beautiful Náci was town-known in Bratislava.
He used to walk the city in a tailcoat, patent-leather shoes and a top hat. He is said to have greeted all females with the words "kiss the hand, madam." Often he also handed them a flower.  His sculpture is also in the old town, right on the main square. It is a popular photo motif and usually surrounded by people (we went at 10 o'clock in the morning, it was very quiet).  In 1997 these life-sized sculptures were erected in Bratislava. Supposedly some can also mechanically move. But we have not been able to observe this.

We have not discovered the paparazzi, which is also supposed to be in the old town.  But we have found more in a shopping centre: a fair tightrope walker with 2 spectators, an unknown man and 2 teens on a mailbox.

There are a lot more sculptures in Bratislava! 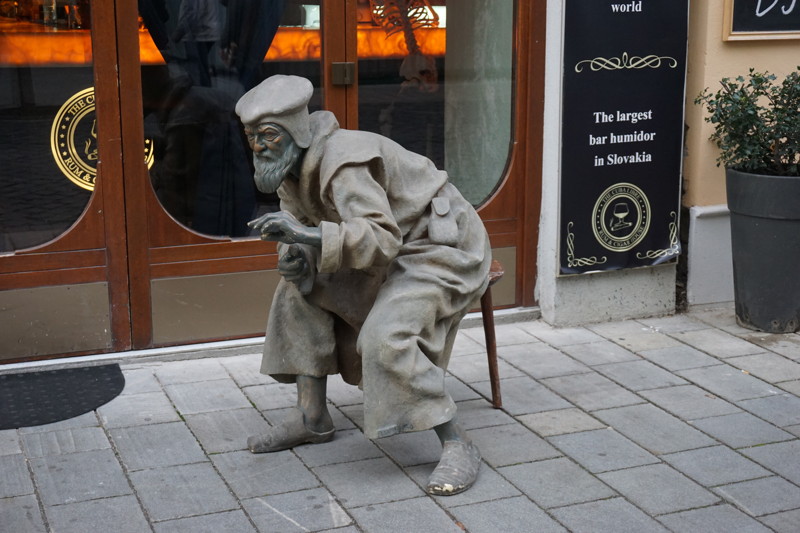 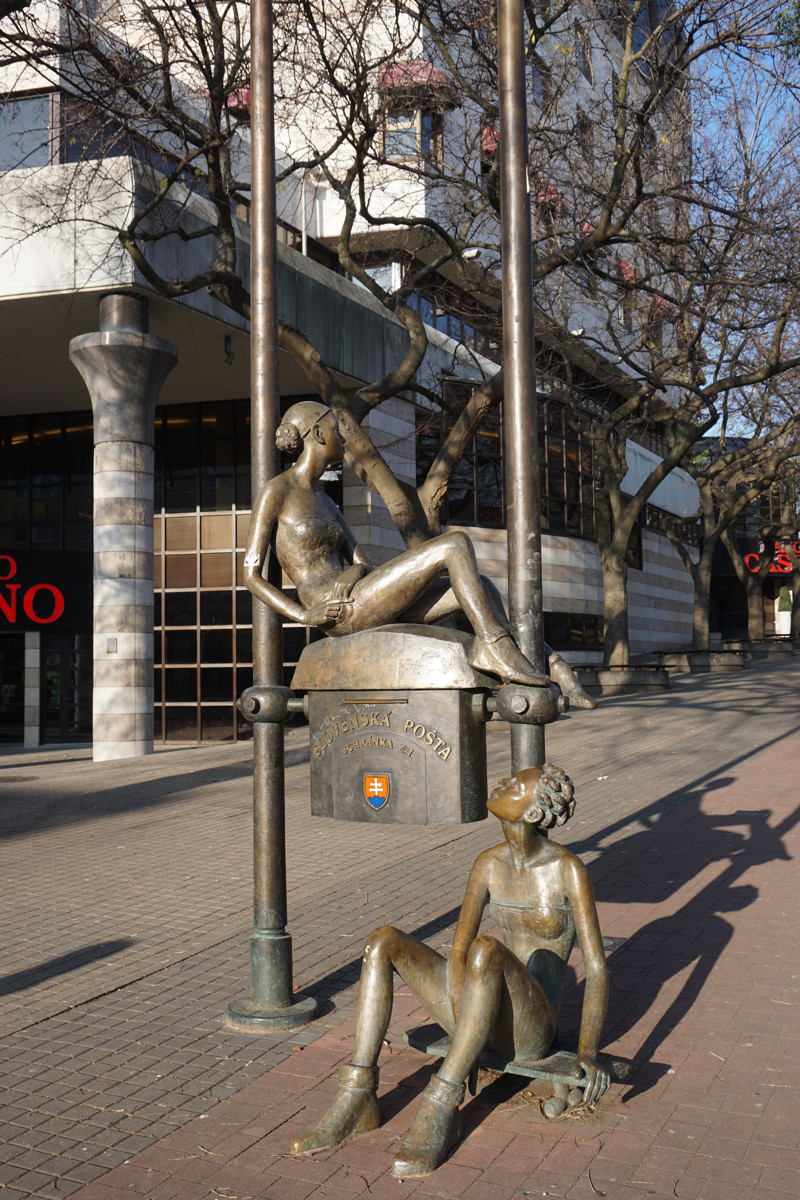 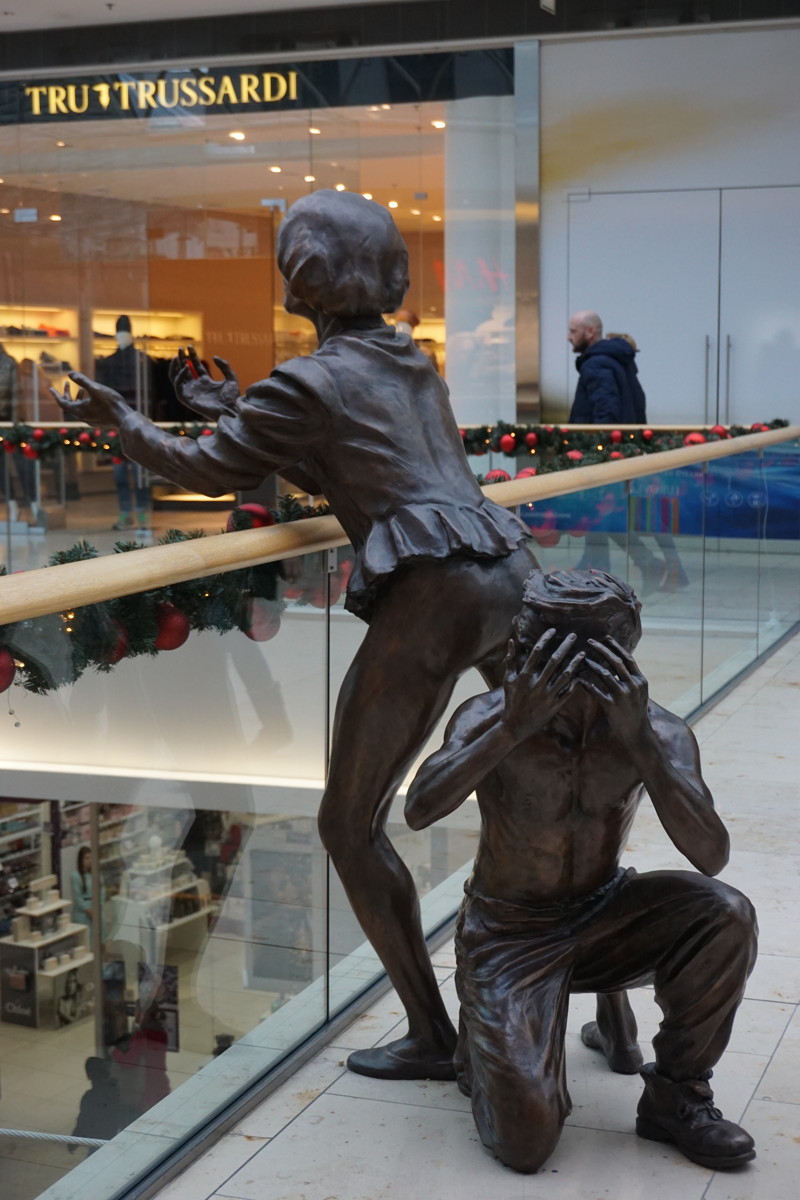 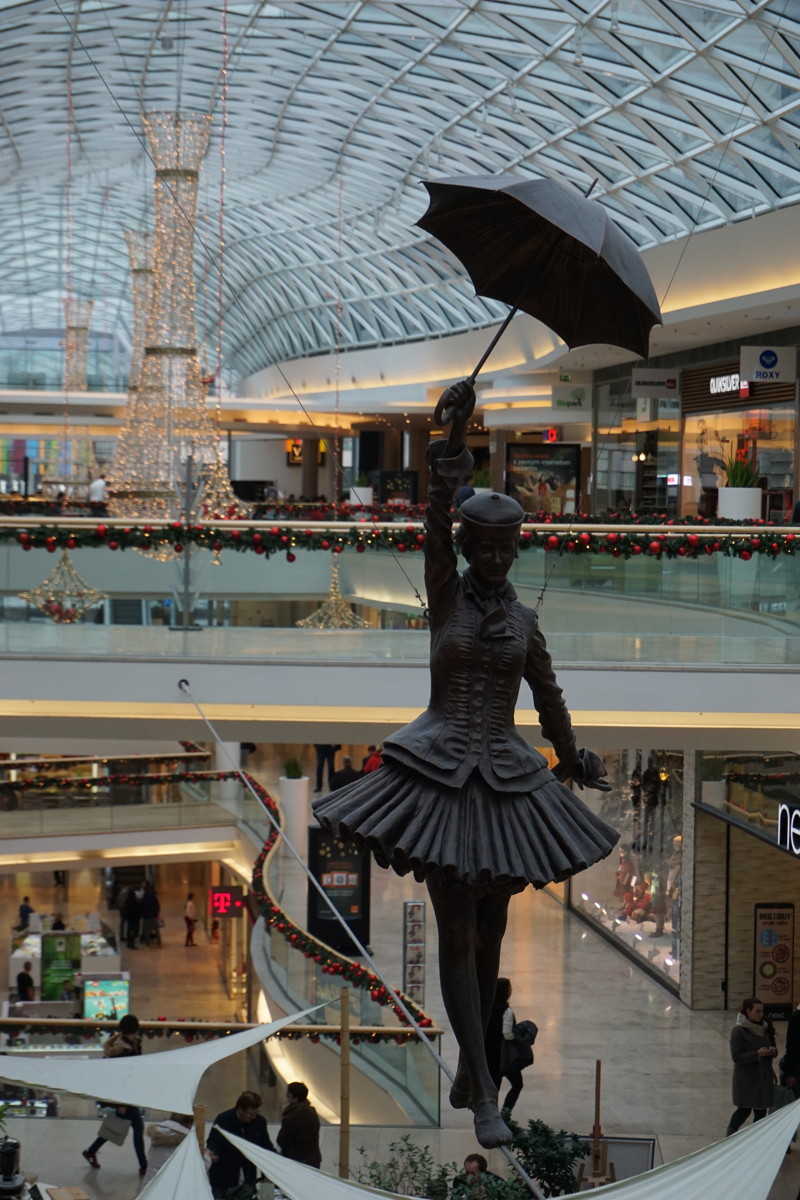