The city was well prepared for the event. New sports facilities were built and old ones were renewed. The infrastructure was improved and some districts got a complete makeover. New hotel complexes were erected and a sailboat marina was built. The airport was enlarged and upgraded.
The bay area got a redesign, too. The city had buildings removed to replace them with the Parc de Mar and the Olympic Village.
The sports facilities were located on the Montjuïc, in the Val d’Hebron and the Diagonal Area.

Barcelona benefitted from hosting the 1992 Summer Olympics. Many building projects, especially the improved infrastructure, made the city more interesting for tourists in the future. Not only the attractive redesign of the bay and the higher capacity of hotels caused the boost, but the improved traffic situation also makes for a far more pleasant experience.

Many of the Olympic facilities are still in use today. We set out to explore Olympic Barcelona and to visit some of those facilities. 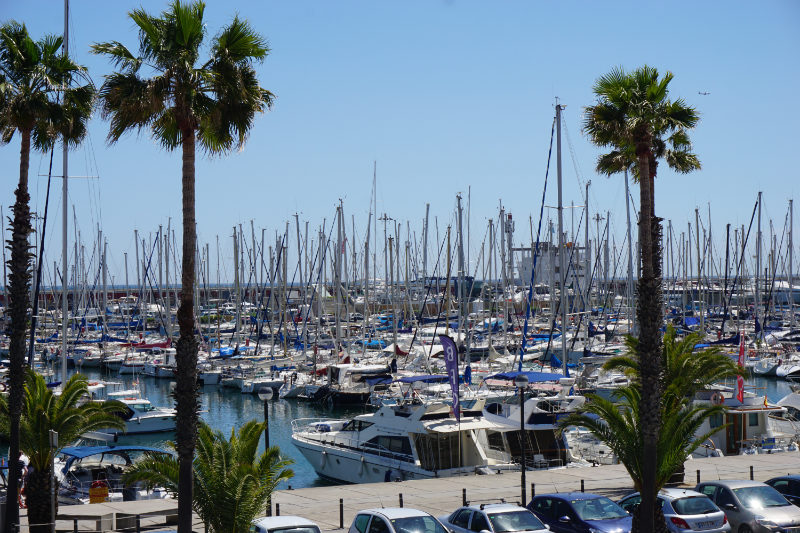 The area around the Parc de Mar saw the greatest changes in the city in preparation for the 1992 Summer Olympics. Areas that were used for commercial purposes were transformed into residential areas. Train tracks were moved underground and made way for this beautiful beach. 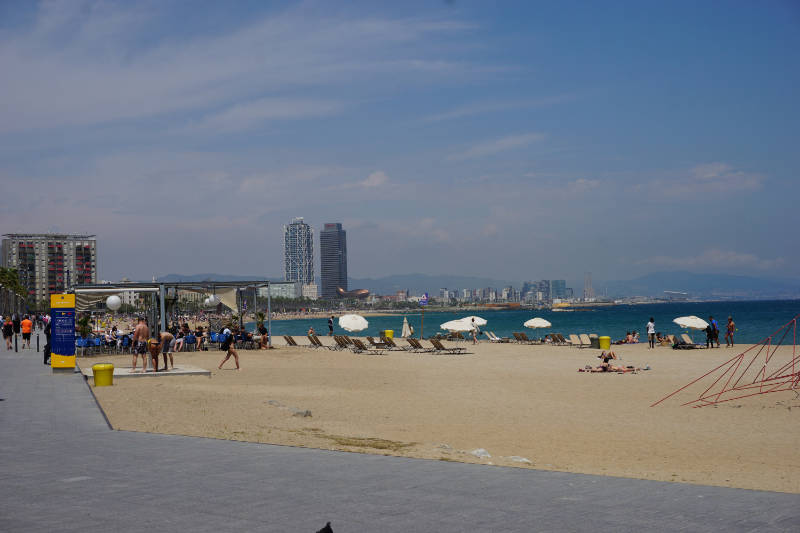 A sailboat marina with direct access to the Olympic Village was built. The Olympic Village was built to house 15000 people. Today, after some redesigns, the village consists largely of condos.
A number of boats use the sailboat marina today and the beach promenade is very inviting for walks along the sea. Not to mention the beach. Hardly any other city has a beach this beautiful right in the urban centre. Not only tourists bask in the sun here.

One of the main venues of the Summer Olympics was the local mountain of Barcelona, the Montjuïc. This Olympic Mountain remains a magnet for tourists and a venue for sports events to this day. 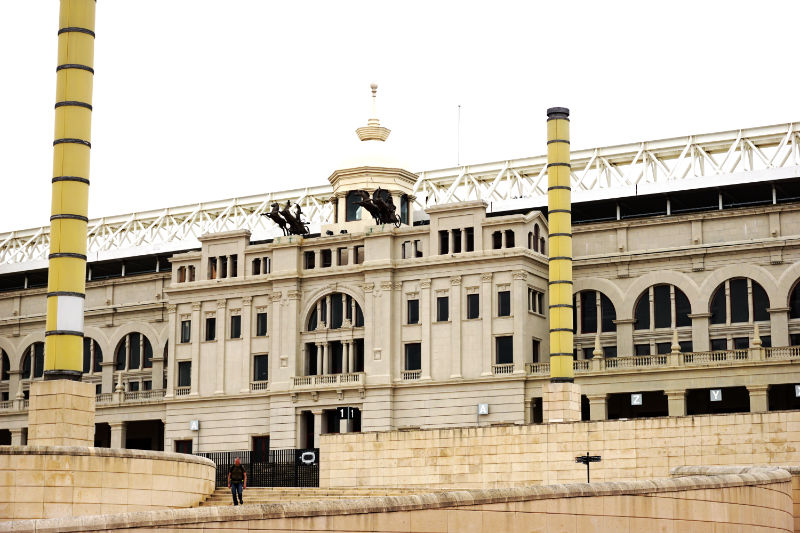 The Olympic Stadium was constructed for the World Exhibition in 1929. It was refurbished before the games and only its façade kept its original appearance. The opening and closing ceremonies, as well as all athletics competitions, were held here.

Today, visitors can not only see the outside of the stadium; it is also possible to get a look inside, completely for free. Obviously, we also wanted to see the interior. My first thought was – oh, look, a blue tartan track, just like in the Olympic Stadium in Berlin. Other than that, the inside of the stadium isn’t all that spectacular. It’s what you’d expect to see in a football stadium. 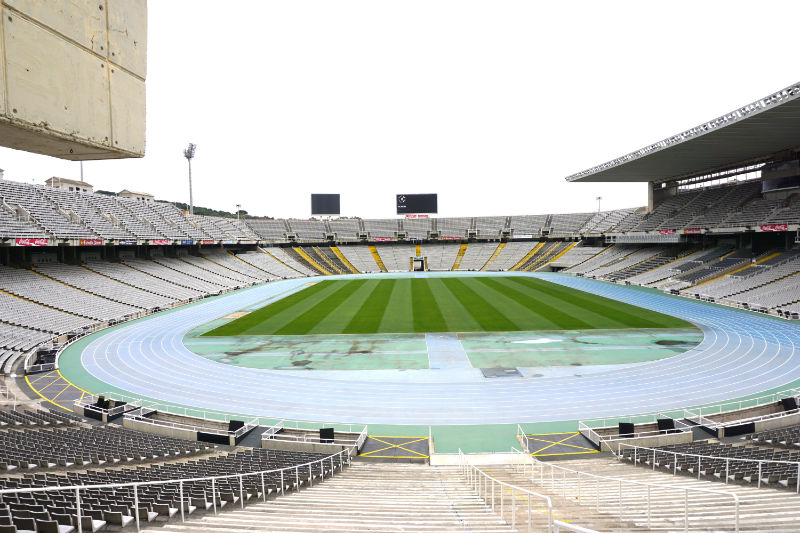 That said, I did like the outside of the stadium a lot better. The old façade is stunning and I was in awe when I saw the plaza in front of the stadium. You even get to see the fire bowl for the Olympic Fire. The view over the city from here is lovely and the plaza itself is impressive because of its size. The big, white transmission tower Torre Telefónica raises 136 meters into the sky. It was designed and built for the 1992 Summer Olympic Games.

Directly next to the plaza is the Palau Sant Jordi. The gymnastics competitions, as well as the volleyball and handball finals, took place here. 15000 spectators fit under its dome roof. Today, it is used as a concert venue. 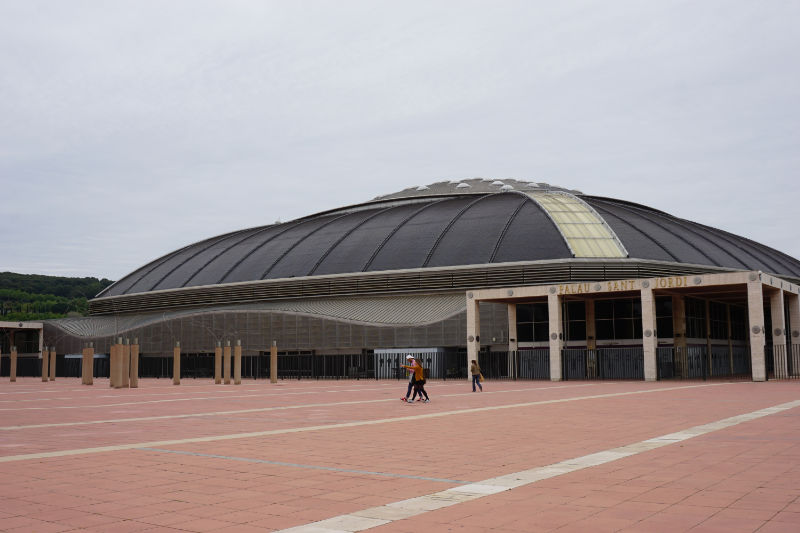 We were a little disappointed that we couldn't get closer to the swimming pools. The Olimpic pool is outdoors and is still used for international competitions today. In 2013, for example, the German swimmers came here for the world championship together with the German youth swimming team with 100 participants who cheered the swimmers on in the stadium.

The high diving stadium, also on Montjuïc, wasn’t easy to find. Luckily for us, our navigator at home, who was present at the 2013 world championship as a spectator, gave us detailed directions via Whatsapp. The view that was shown on TV back then, the participants jumping off the platform with the Sagrada Familia in the background, was so spectacular that we wanted to see it for ourselves. Unfortunately, this area is closed off. A big fence keeps visitors away from that particular view and maybe protects the restaurant there from too many guests.

We ended up in this area of the Summer Olympic Games of 1992 more or less by accident as a very, very long queue for a funfair shuttle bus convinced us to take a walk instead. 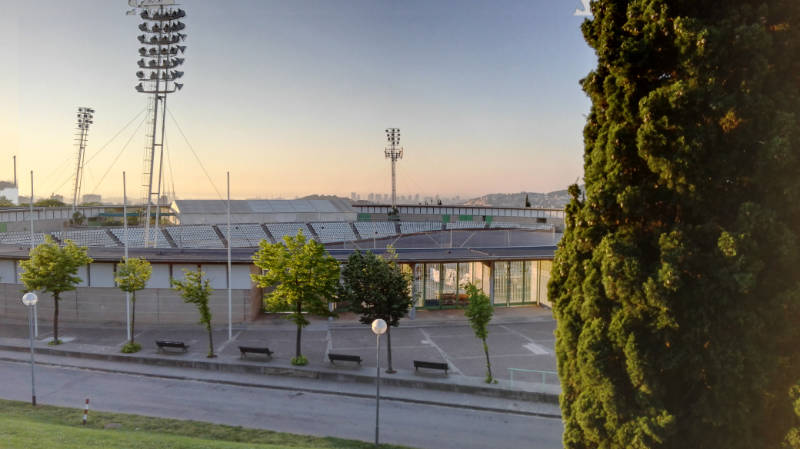 The velodrome already existed and is still used today. 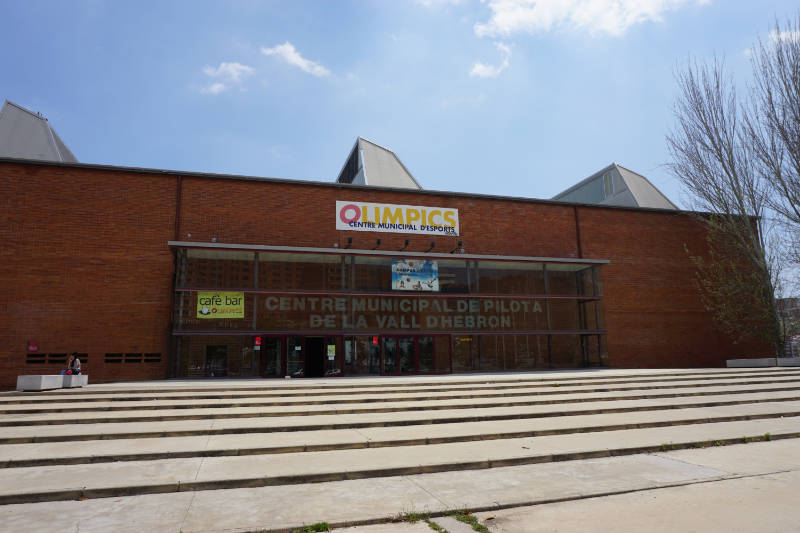 It was a lucky coincidence that we spotted this venue. If it wouldn’t have been for the sign on the wall that said Olympics, we would have walked past. But we didn’t and instead got to look inside the venue where our friend Google helped us out with some extra info. The pitch, its size and the lines on the ground didn’t give us much of a hint as to how Pelota is played. No matches were scheduled for that day either. Too bad, I would have liked to see how Pelota is played. 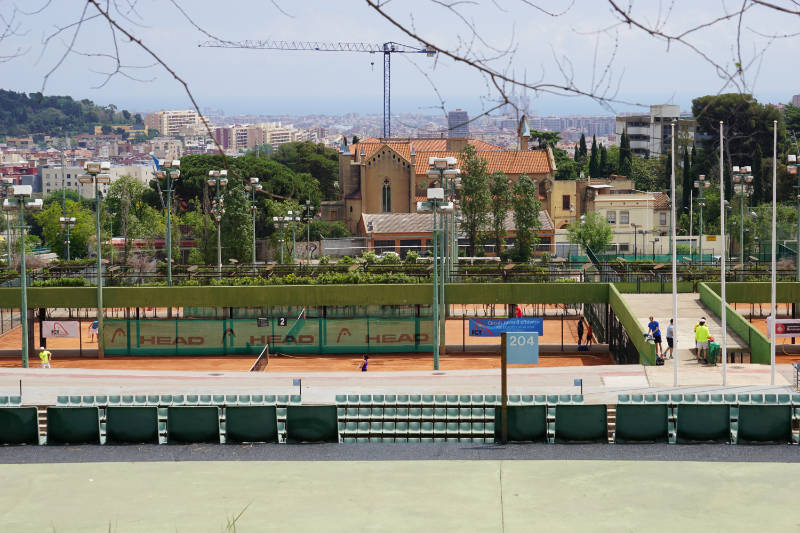 Right next to the sports hall is a huge tennis facility. 17 courts and a centre court were placed here for the 1992 Summer Olympics. The courts are well frequented by players today.

The most famous sports venue of Barcelona that was used for the Olympic Games is the Camp Nou Stadium, home of the FC Barcelona.
We came here one day with the goal in mind to look inside the stadium. But to be honest, one has to be a huge Barca fan to pay the ticket price of 20€ to see the stadium and the museum. Instead, we enjoyed the lively atmosphere around the stadium. Visitors can spend a lot of money here on everything from a Barcelona Burger to a Barcelona football shirt. Impressive how much this football club is a brand now. 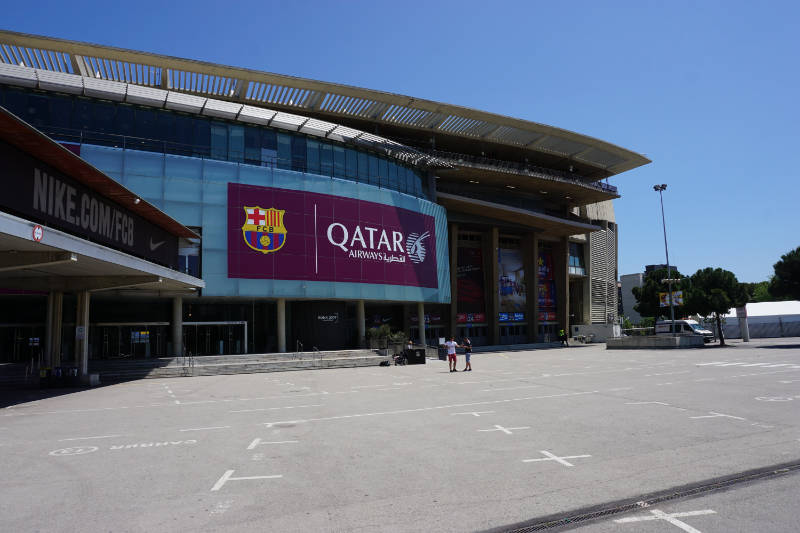