Hungary is a nation in central Europe. Its neighbouring countries are Austria, Slovakia, Ukraine, Rumania, Serbia, Croatia and Slovenia.

Hungary has been a member of NATO since 1999 and a member of the European Union since 2004. However, Hungary does not use the Euro as its currency! In Hungary, people pay in forint, HUF.

Budapest is the biggest city in Hungary and at the same time also its capital. Budapest is a very popular destination for city trips.

The kingdom of Hungary was founded on the 20th of August 1000 by Stephan I. A turbulent and often martial history began.

The Hungarian independence ended in the middle of the 16th century when the country was taken by the Ottomans. Many parts of the country were under Turkish rule. 145 years later, the occupiers were driven out of the country but by then they had shaped the cultural landscape in many, long-lasting ways.

Hungary left the union with Austria in late 1918 and ended the Austro-Hungarian Monarchy (k.u.k. monarchy). Only one day later the prime minister announced the formation of a democratic republic.

Social imbalances and the lost war caused the republic to die a quick death. The formation of a council republic and the attempt to build a new monarchy failed. Due to the Yalta contract, Hungary was under Soviet control after World War II.

Political change came with the new head of state in 1988. The borders to Austria were opened and the Iron Curtain fell. Many people from the GDR used this new opportunity and fled to Austria. Starting from the 11th of September 1989 crossing the border from Hungary to Austria was officially legal for citizens of the GDR and the peaceful revolution was in full swing.

Hungary is part of the western state system since 1989/90 and became a member of Nato in 1999. According to the current constitution (2011), Hungary is a parliamentary republic.

Hungary is characterized by an arid continental climate. Winters can be reasonably cold and summer temperatures climb to 21 – 23 degrees Celsius in July. In spring heavy rain is typical, with peak amounts in the West and a little less in the East of the country.

EU citizens can enter Hungary with their ID. 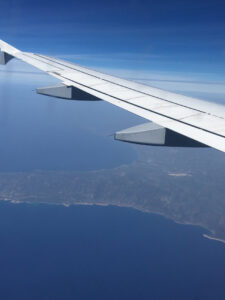 The international airport is in Budapest. For seasonal flights, there is also the Balaton airport. The airport in Budapest is very well connected to the city centre by public transport.

It is easy to travel to Budapest Keleti by train from Vienna. The main IC or ICE trains are calling at Budapest. Trains to different parts of the country mostly depart from two other train stations in Budapest.

PLEASE NOTE: EU citizens that are older than 65 travel for free on the regional trains in second class. This does not apply to IC or ICE trains.

A hydrofoil boat travels between Vienna and Budapest via Bratislava.

In Hungary, people pay in forint (HUF). The plan is to switch to the Euro but there is no date for the transition yet.

Currency can be exchanged at banks or in exchange offices. Withdrawals from ATMs with EC or credit cards are normally very straightforward. But PAY ATTENTION and read the instructions at the ATM carefully. Otherwise, you may be charged high fees.

Most shops and restaurants accept payments with EC or credit cards.

Our tips for a trip to Hungary