Sintra is located only about 25 kilometers from Lisbon. The cultural landscape of Sintra is a UNESCO World Heritage Site. The destinations in Sintra are really recommended for a day trip from Lisbon.

It is only a few kilometers, but when you leave the big city of Lisbon in the direction of Sintra, the landscape changes visibly. Finally, you reach the Sierra Sintra, a hilly landscape. Nestled in the landscape is Sintra, a place that attracts visitors from all over the world with its extraordinary palace.

Places to visit in Sintra 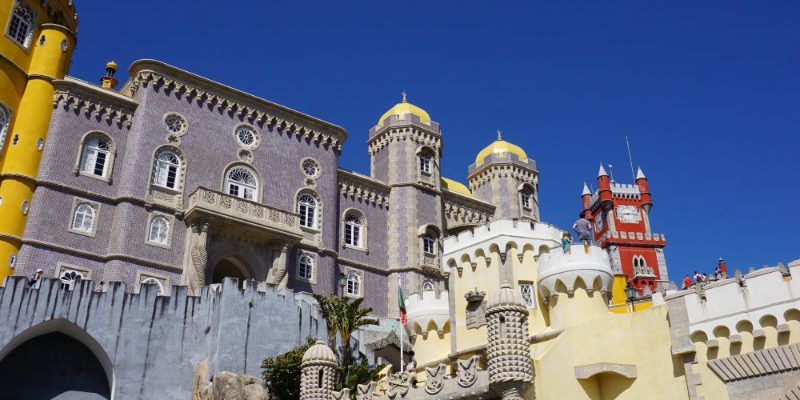 Pena Palace - the most colourful palace I've ever seen

After a short train ride from Lisbon, you reach Sintra, the town with the most colourful palace I have ever seen - the Pena Palace. 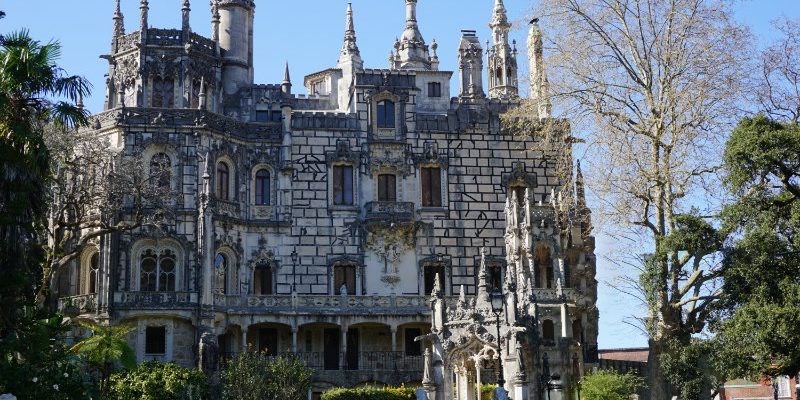 The Quinta da Regaleira: An impressive building in Sintra

We were ready for the trip before we made our way to the Quinta da Regaleira, and we were so pleased to see it in person. We learned that it was worth it, and the archeitecture was gorgeous. 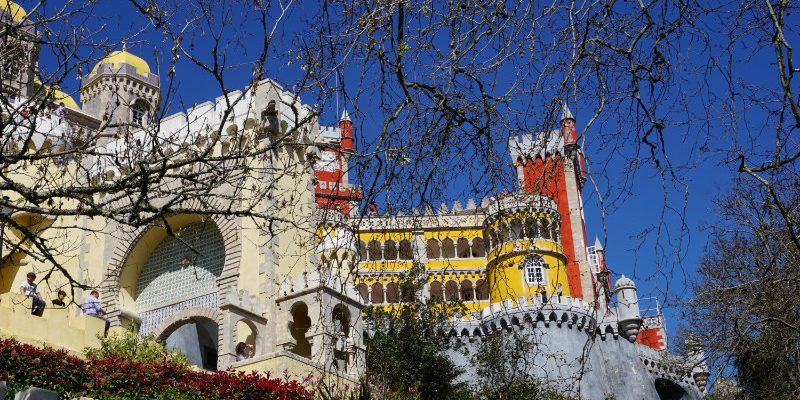 From Lisbon to Sintra

While we were getting ready for our holiday in Lisbon pictures from Sintra always seemed to come back to us. This is especially true of the colorful and gorgeous Pena Palace.

From Lisbon to Sintra   →