Walking towards the Royal Pavilion one could really think that it is in India. Only the distinctly English looking houses prove that we did not get lost and ended up in India – we’re still in Brighton.

George IV of the United Kingdom had the Pavilion commissioned during his time as Prince Regent. It was built between 1815 and 1822. According to the wishes of George IV architect John Nash drew inspiration from Indian mogul palaces. The interior, however, was designed in a Chinese style which makes the Royal Pavilion the most extraordinary pavilion in Great Britain. 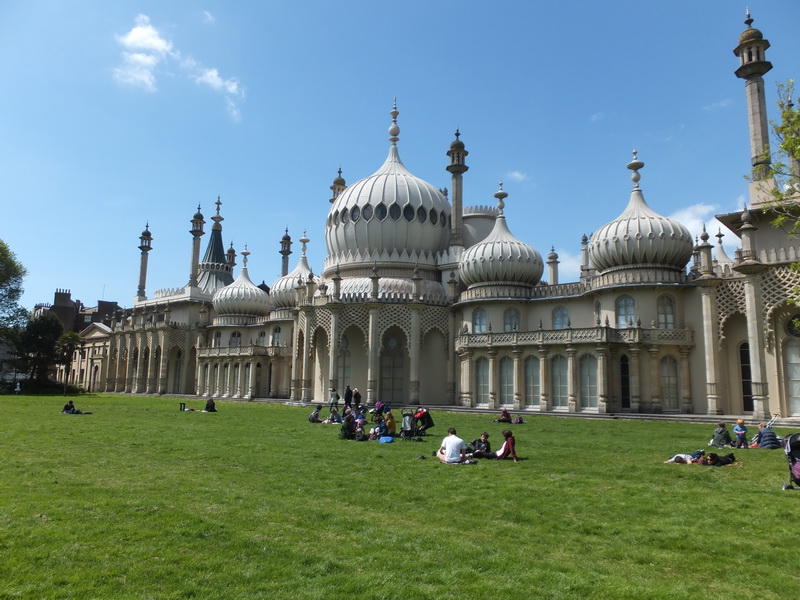 We also visited the Royal Pavilion when we were in Brighton. Admission isn’t exactly cheap but it was really worth it. The interior with its remarkable oriental design is magical. Wonderful wall panelling and Chinese inspired art are all over the rooms.

We found some (English) videos that give a good first impression of the interior of the Royal Pavilion.

After our visit to the interior, we also had a closer look at the outside of the Pavilion. Fantastic Indian dome roofs dominate the building. We were pleased to see that the entire area was open to the public and that even the lawn was used by visitors to sit down and have a break. 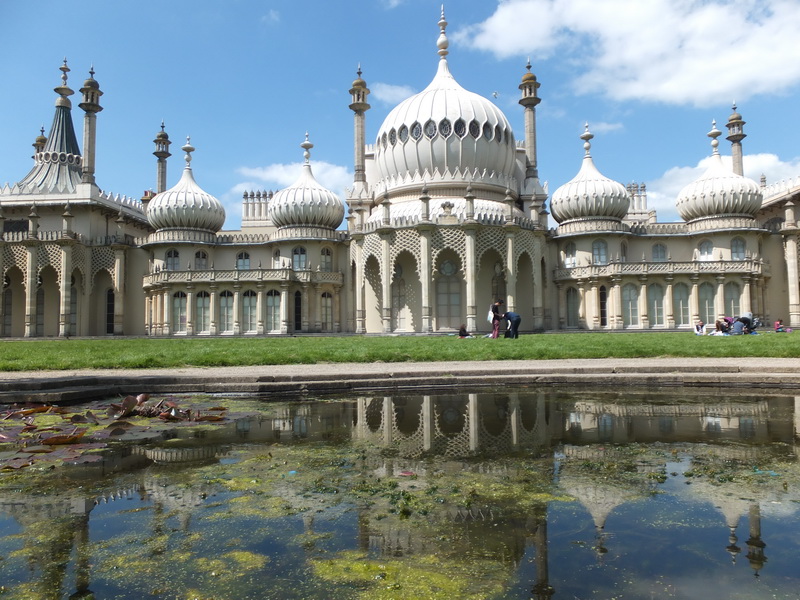