A large city like Berlin has countless cemeteries of every size and for almost every religious community. There are said to be more than 200 cemeteries in Berlin.

Some of the cemeteries are very important culturally and historically. You can find graves of famous personalities there and there are also impressive tombs. They tell a lot about the history of the city.

What distinguishes Berlin from other cities is that there is no such thing as “the” cemetery. If you look at Vienna, Milan, Prague or Paris, for example, you will find large cemeteries where most residents are buried. In Berlin there are many smaller cemeteries, all of which are very different. From the small hidden cemetery in the forest to the very old cemetery in the middle of the city, from the military cemetery with its memorial to the Jewish cemetery, each shows a piece of Berlin’s cemetery culture and each is unique in itself.

We have taken a look around Berlin’s cemeteries and would like to introduce them and their history. 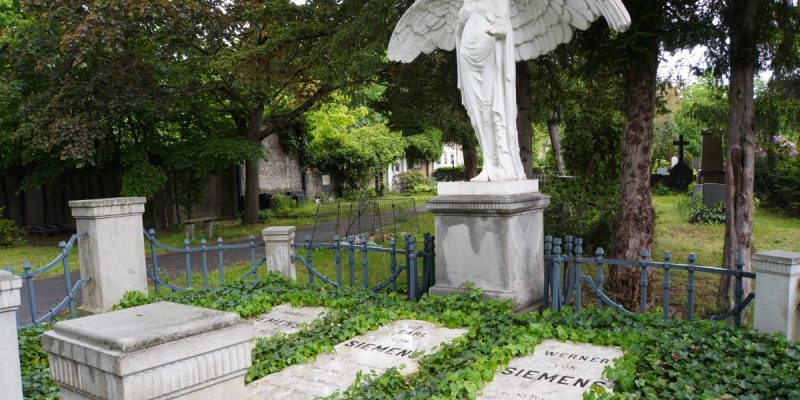 Cemeteries in front of the Halleschen Tor

A total of 6 Berlin cemeteries are located on the contiguous area of the cemeteries in front of Hallesches Tor between Mehringdamm and Zossener Straße in Berlin-Kreuzberg.

Cemeteries in front of the Halleschen Tor   →

The Soviet Memorial in Schönholzer Heide is rather unknown, but I find it no less impressive than the memorials in Treptow and at the Brandenburg Gate.A tip brought the memorial to my attention, so we went to Pankow to discover it. 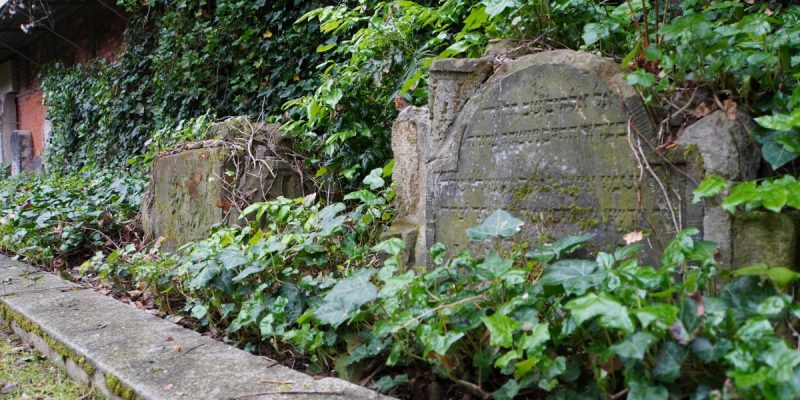 Nestled between houses in Berlin-Mitte is an enchanted place that only reveals its history when you take a closer look. This is the site of the Old Jewish Cemetery. 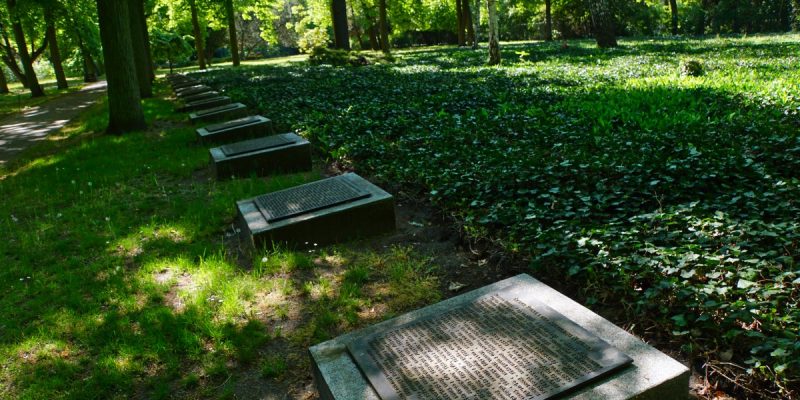 A rather unknown cemetery lies on the eastern shore of Plötzensee. Rather by chance, I passed the Plötzensee cemetery in Wedding on a bicycle tour and decided to walk through the park-like grounds. 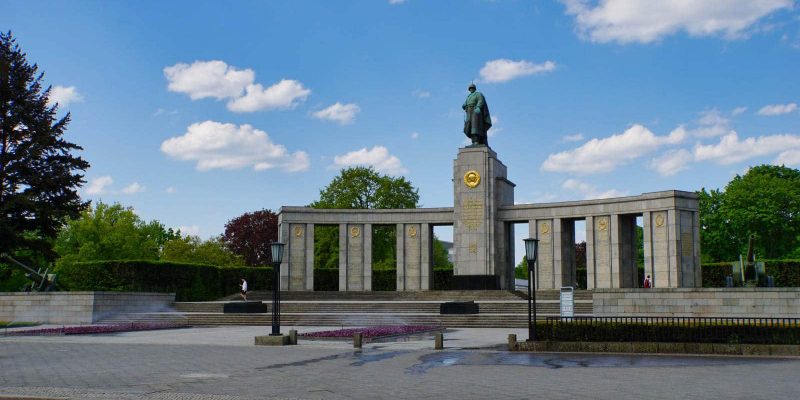 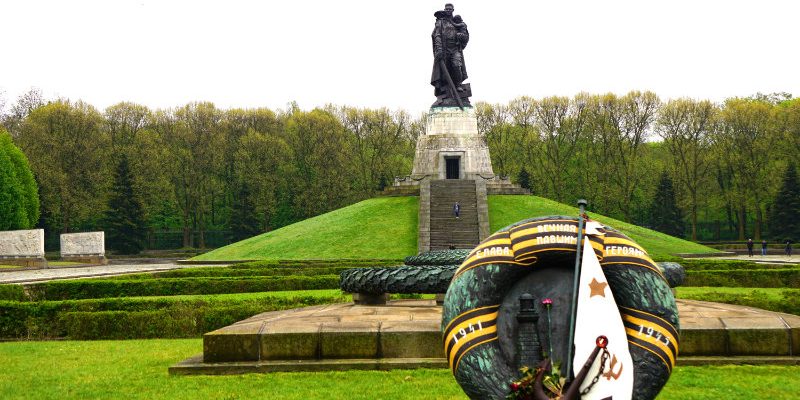