Fuerteventura is one of the Canary Islands in the Atlantic Ocean. It is located about 120 kilometers west of the coast of Morocco. Fuerteventura is the second largest island in the Canaries after Tenerife. The capital is Puerto del Rosario.

This island has beautiful beaches that you would not want to leave on vacation. 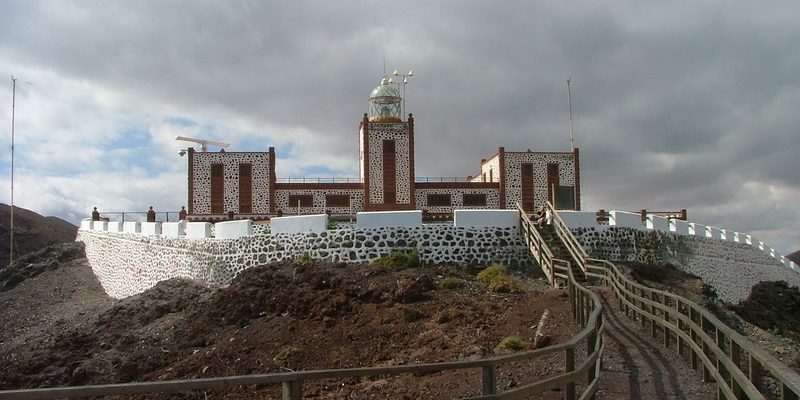 When I think back to our time on Fuerteventura, pretty much the only things that come to mind are the beach and the sun. Back then we did relatively little on the island, but sometimes you just need to be lazy. There is one excursion though that I remember well.

We took a hire car to Faro de la Entallada. This is one of the most beautiful destinations on the island. 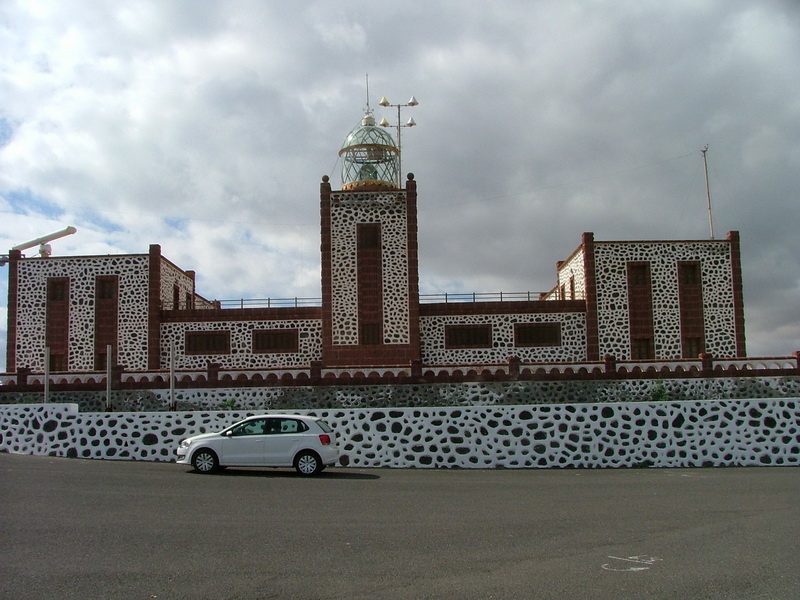 The drive up to the lighthouse is an adventure. A very curvy and narrow street diverts from the main road for the last 7 kilometres to the lighthouse. The street is really curvy and I was relieved that my tummy was in peace again after our arrival. On days where it is not possible to visit Faro de la Entallada the entrance is closed by a barrier.

The Punta de la Entallada is on the southern coast of Fuerteventura. On a steep cliff, 185 meters high, is the Faro de la Entallada.
The lighthouse was built in 1950 after a design by the architect Carlos Alcon. It is a rather atypical structure. The tower isn’t very high for a lighthouse and is topped with a glass dome. The footprint of the complex is a square. The walls are made from grey basalt and red porphyry, the dominant features are sills, ledges and arches.
There is a car park right in front of the lighthouse from which it’s only a few steps to the viewing platform. The view of the Atlantic, the coastline and the Cuchillos de Vigan valley from here is grandiose. 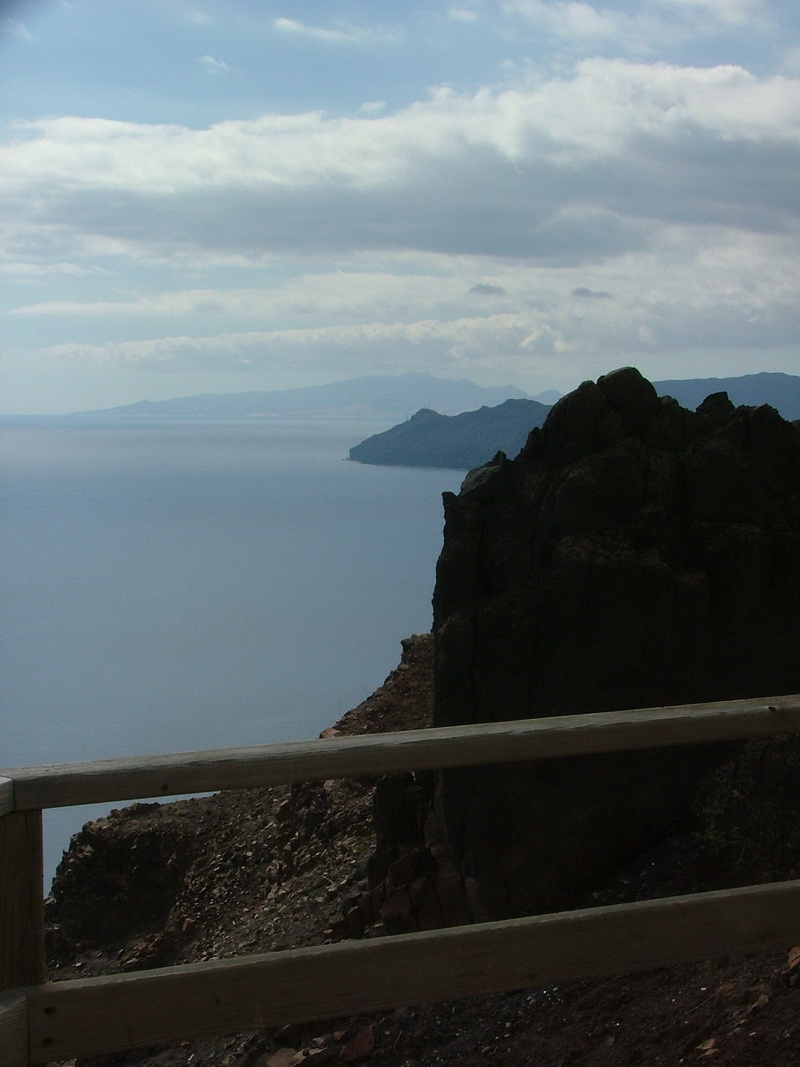 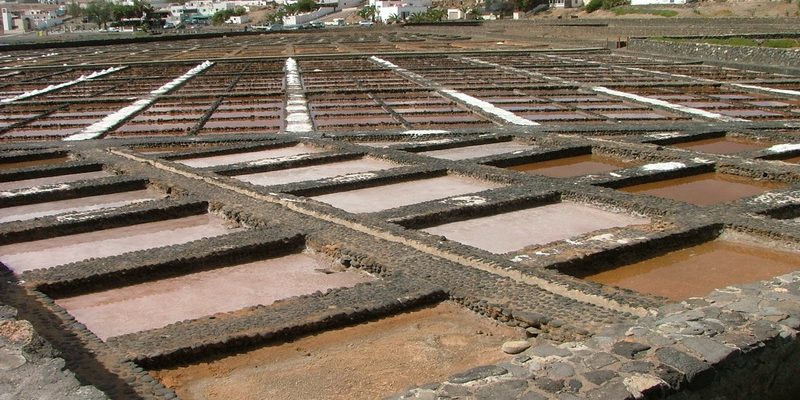 Fuerteventura visitors should not pass up the opportunity to see the saline near Caleta de Fuste. The tiny village Las Salinas and its Museo del Sal paint an impressive picture of the history of salt production on the island.

The Salinas del Carmen is a saline on Fuerteventura. With the help of EU funds, a museum was created to introduce visitors to the process of salt production.

The museum is spread out over a complex of different buildings. Firstly, visitors get to learn about the theory of salt production. In addition to the information boards, guests get all the info printed in a multi-language brochure which is included in the admission fee. The different exhibition rooms and basins offer explanations covering the history and culture of salt production. Visitors get to learn everything about the production here on Fuerteventura. 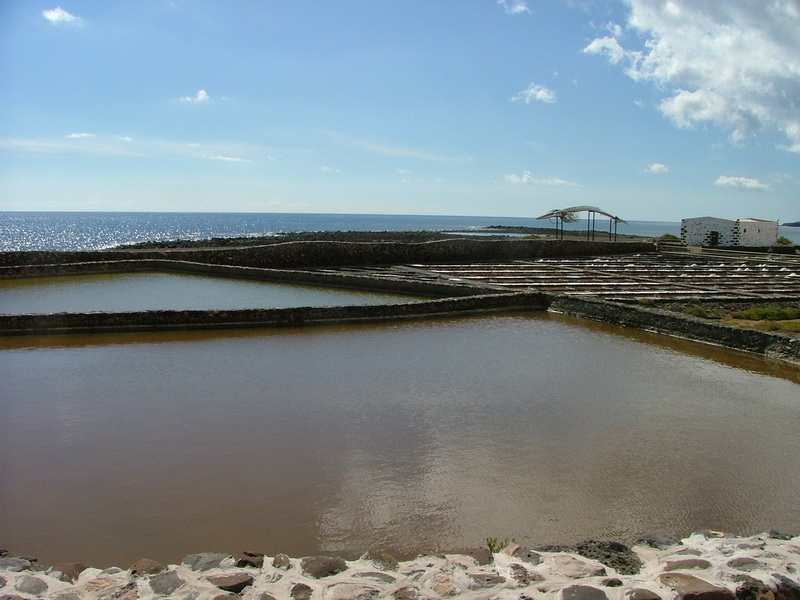 In the outside areas of the museum is where theory turns into practical demonstrations. Seawater basins, also called salt basins, hold the water. The water is heated up significantly over 8 to 10 days in the heating basins. Water is transported through small canals to smaller basins where the water is heated for another 15 to 20 days by the sun. The water gradually evaporates and leaves a crust of salt behind. The salt is skimmed off and left on the floor next to the basins to dry. After the drying, the salt is ready to be processed further.

The salt production basins oft he Museo del Sal are used for demonstrations only. 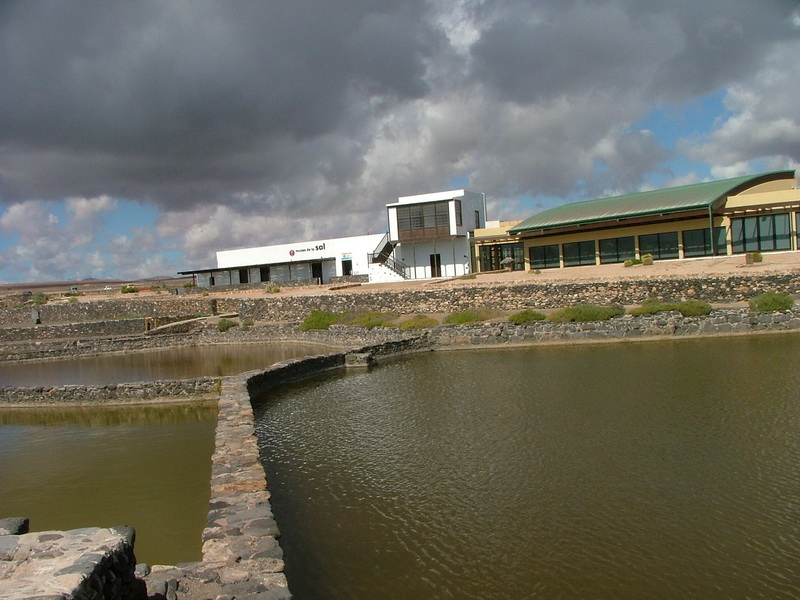