By train you can reach Salisbury from London in no time. The cathedral is the most important sight of the city and should be visited in peace. It is worth it! 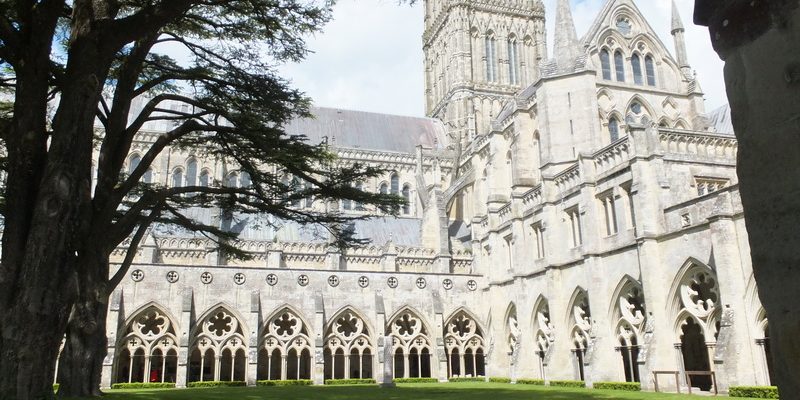 A visit to the Salisbury Cathedral

The Salisbury Cathedral is an Anglican cathedral and bishop’s see. Of course, we wanted to visit it too on our trip to Salisbury.

The building was constructed in a very short time in the early English Gothic style. This shows in the typically three-aisled galleried basilica with its two transepts. Also very characteristic of this style is the rectangular layout and the elongated nave of the Salisbury Cathedral. 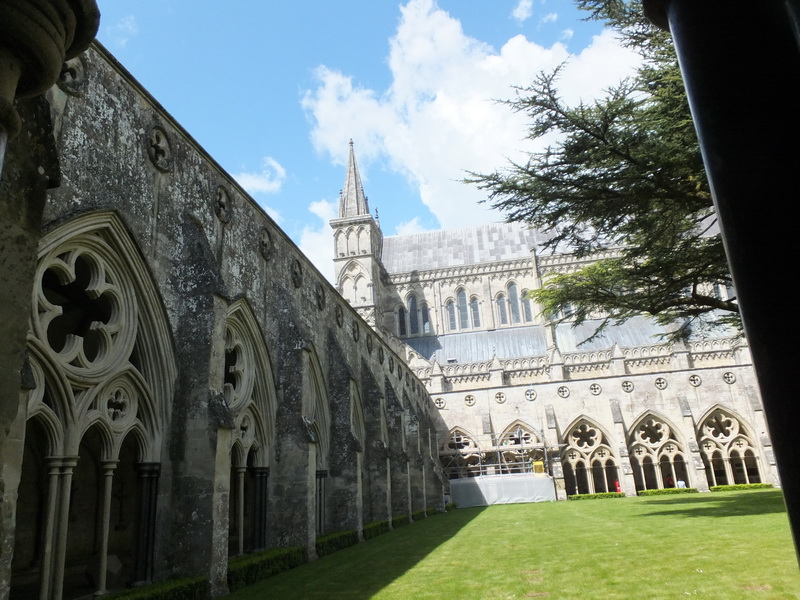 The cathedral library was built at the east side of the cloister in 1445. One of the four remaining handwritten copies of the Magna Carta is kept here. 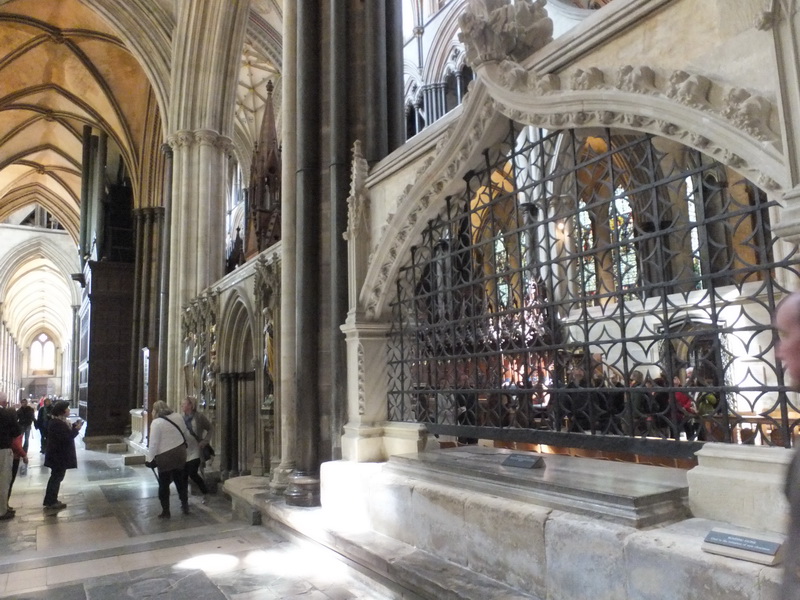 Admission to the cathedral is free, but a donation to contribute to the preservation of the building is recommended. Taking pictures of the interior is permitted. We went inside and were immediately welcomed by a volunteer. He was delighted to have a conversation in German and told us many stories about the building but also about his experiences in Germany. Many of the fine details in this giant building we would not have discovered without his explanations.

Admission is also free to the rooms where the Magna Carta is kept, but here taking pictures is prohibited. Here, too, volunteers explain what is special about this document. 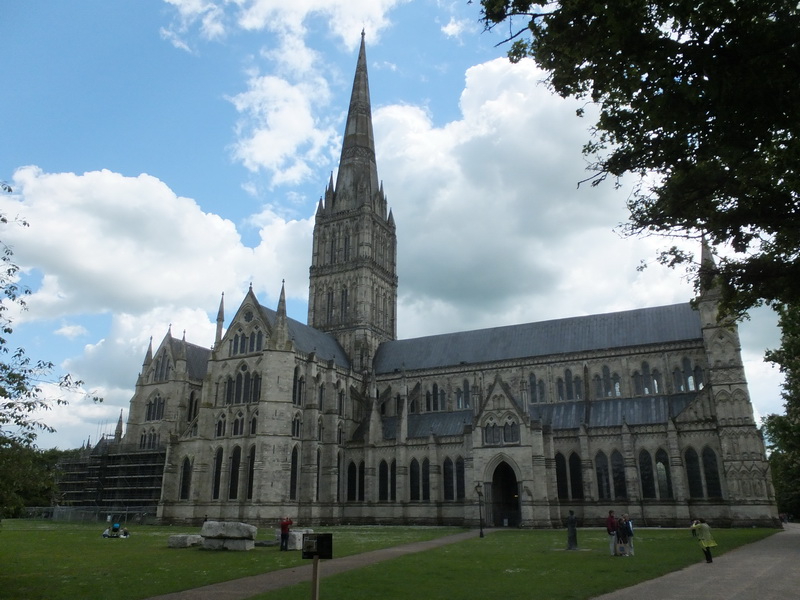 Also the outside of the cathedral is worth a closer look. Take your time and try to spot the many details on the façade. 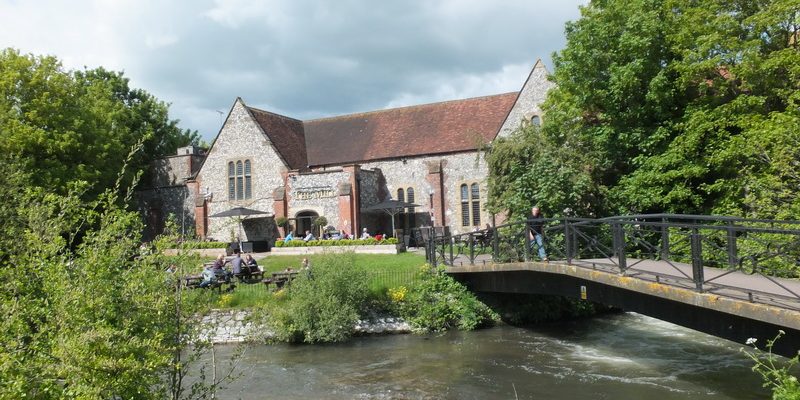 Salisbury
A stroll through Salisbury

Salisbury lies in the English county of Wiltshire where the rivers Avon and Wylye meet. The most important building in Salisbury is the cathedral from the 13th century.

We took the train from London to Salisbury. Our final destination on that day was the nearby Stonehenge and the famous cathedral. 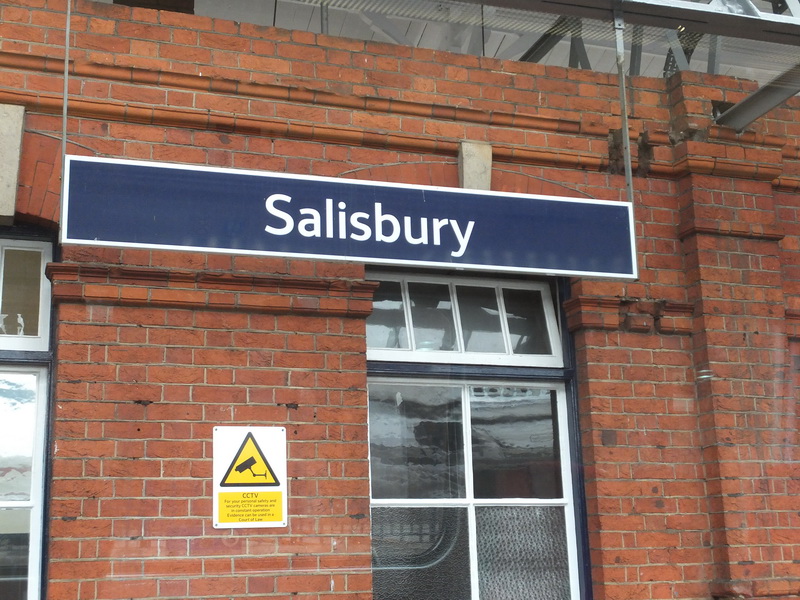 Our trip started in London Waterloo and took about 1.5 hours. Tickets can be purchased at the train station. The easiest way to buy tickets is via the many ticket machines, which accept cash and card.

Salisbury is a charming town and on a closer look many nice spots are to be discovered. 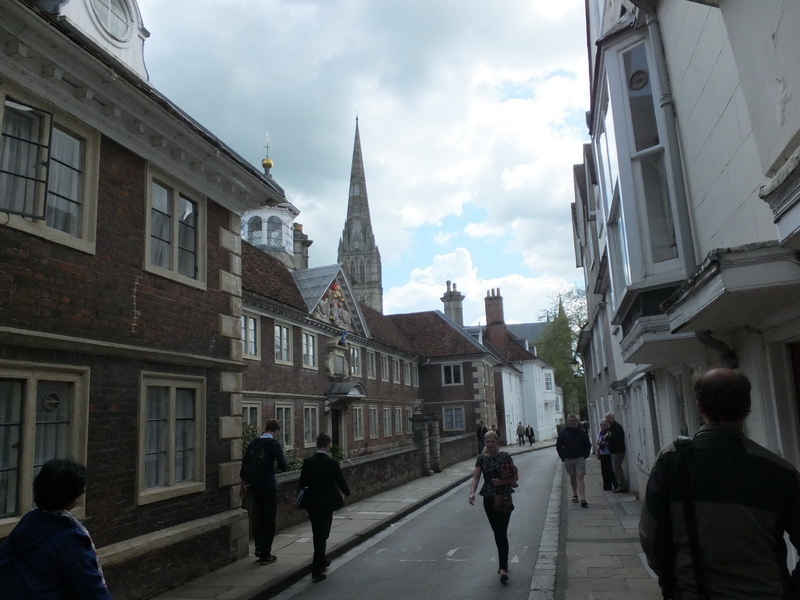 We took a little walk through the city, went into some shops and grabbed a bite to eat.

We found a Fish and Chips shop in the pedestrianised city centre. We were very hungry, so we made the brace decision to order a medium-sized portion. It was a mistake … the portion was way too big and extremely greasy. Half of it would have been sufficient and we still would have been too full. 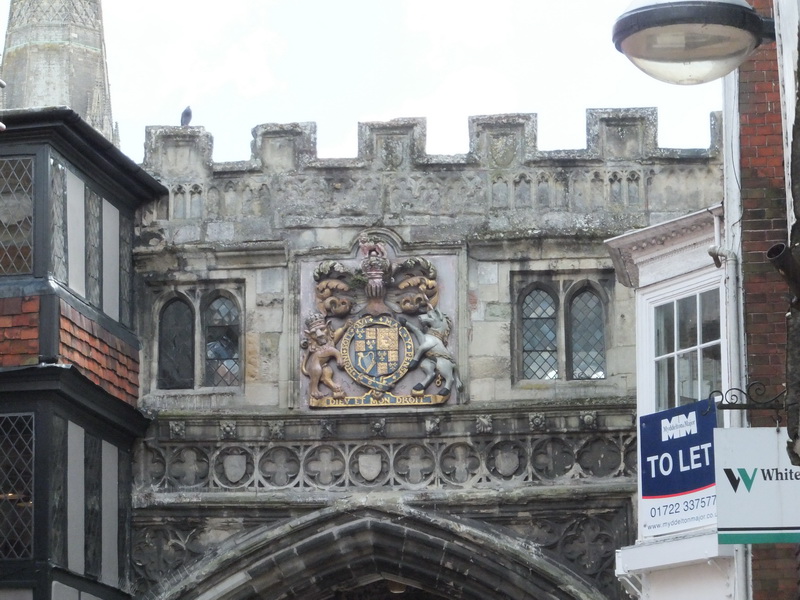