Nürnberg is by the river Pegnitz. The Pegnitz separates the city into the southern Lorenz old town and the northern Sebald old town. Even today, there are many wonderful, historical bridges to cross from the old town. Let us introduce you to our personal bridge favourites.

In the Middle Ages, the executioner was a person with whom the most honourable people of the town didn’t want anything to do with or were even allowed to interact with. He reached his secluded house via a wooden walkway, the executioner’s bridge or Henkersteg. The Henkersteg in Nürnberg connects the flea market and the Unschlitt square. 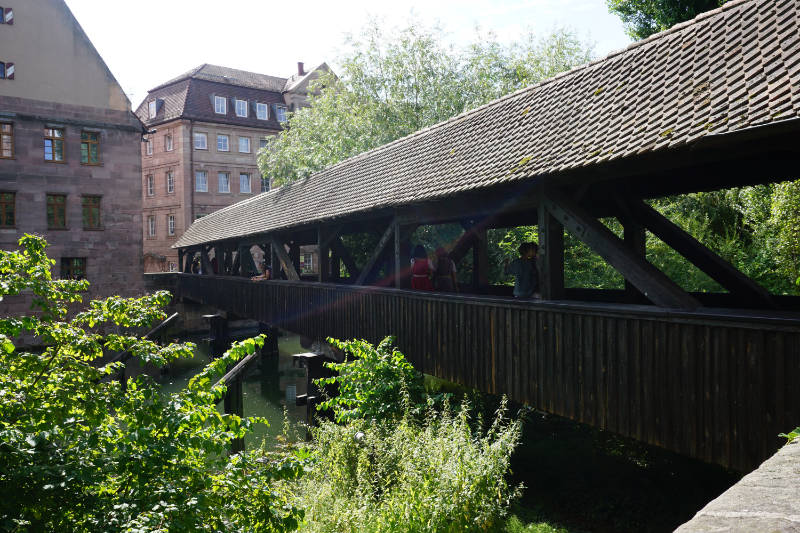 Of course, we had to walk the Henkersteg when we were in Nürnberg. A dark, wooden bridge carries pedestrians across the Pegnitz. A little imagination and I could see the executioner walking back to his house after the job was done, well hidden from the eyes of the citizens of Nürnberg. 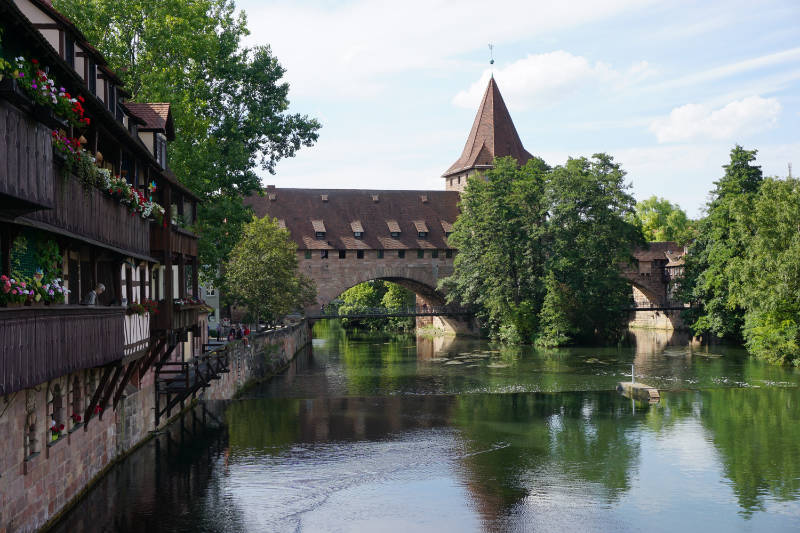 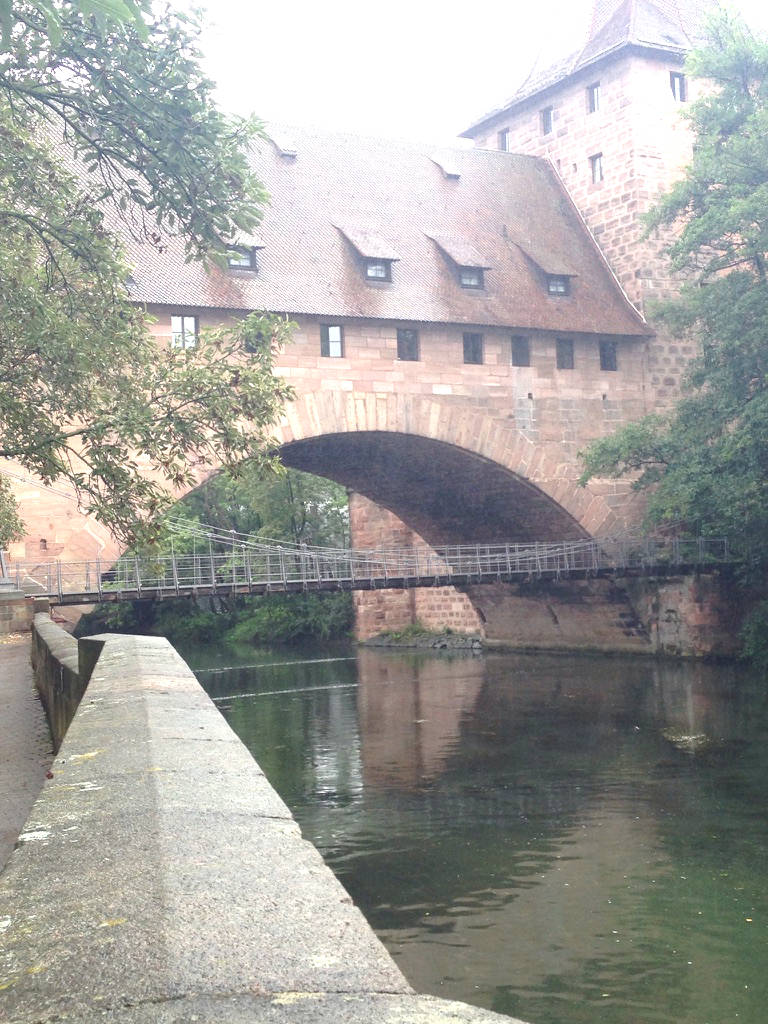 The Kettensteg bridge is to the west of the city walls. The pedestrian bridge is 68 meters long. It is the oldest iron suspension bridge preserved on the European mainland.

In 1490 a stone arch was built across the Pegnitz, starting from the city wall. Its main purpose was the defence of the city. A wooden bridge was added to carry pedestrians across.

In 1824 an iron chain bridge in British design replaced the old construction. To prevent the chain bridge from swinging too much, the bridge was pedestrianised. And also for pedestrians, certain things were not allowed, like walking in lockstep or jumping and swinging on the bridge. Iron beams were added in 1930 to stiffen the construction from either side.

A truly fascinating construction, that bridge. It got given its name Kettensteg (chain bridge) by the Nürnberg people because of the big, visible chain. Because of the iron beams, no movement can be felt anymore when walking the bridge.

One of the most well-known bridges of Nürnberg is actually not even a bridge. It is the Heilig-Geist-Spital (Holy Spirit Hospital) building that spans across the Pegnitz. 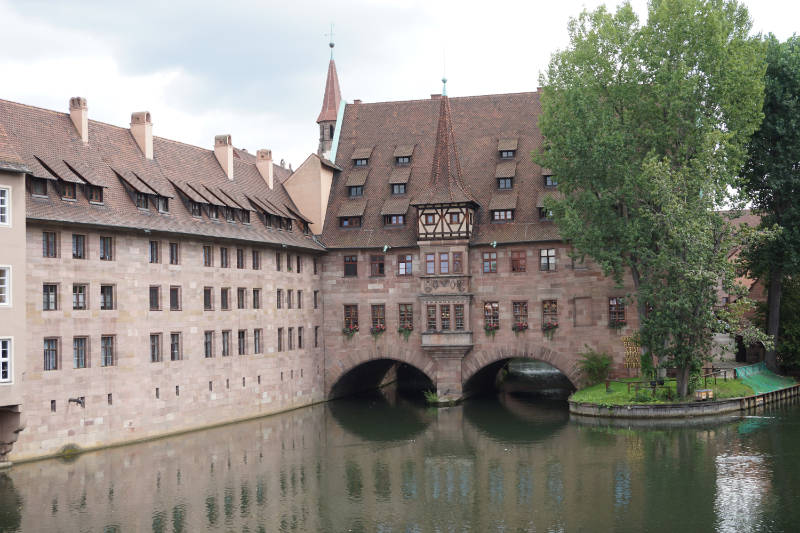 The Heilig-Geist-Spital is the biggest municipal institution that was looking after the old and the ill.
The original building was erected in 1332 together with a church. The building that spans the river was constructed in 1489. Unfortunately, everything but the arches was destroyed in the Second World War and had to be laboriously rebuilt after.

Even if it is technically not a bridge this construction that spans the Pegnitz is one of the most beautiful bridges to me.

There are many well-known bridges in Nürnberg that aren’t covered in this article because they didn’t spark quite the same enthusiasm as the others. Others, however, were very impressive and I’d like to share some of them. 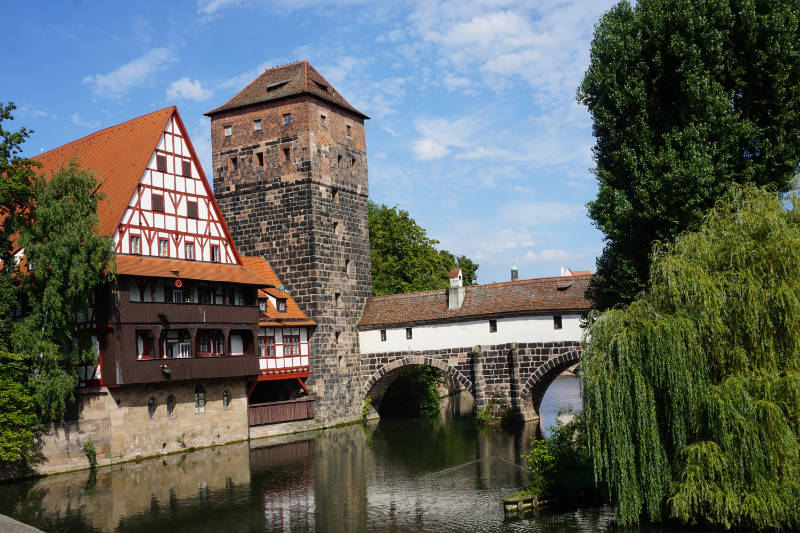 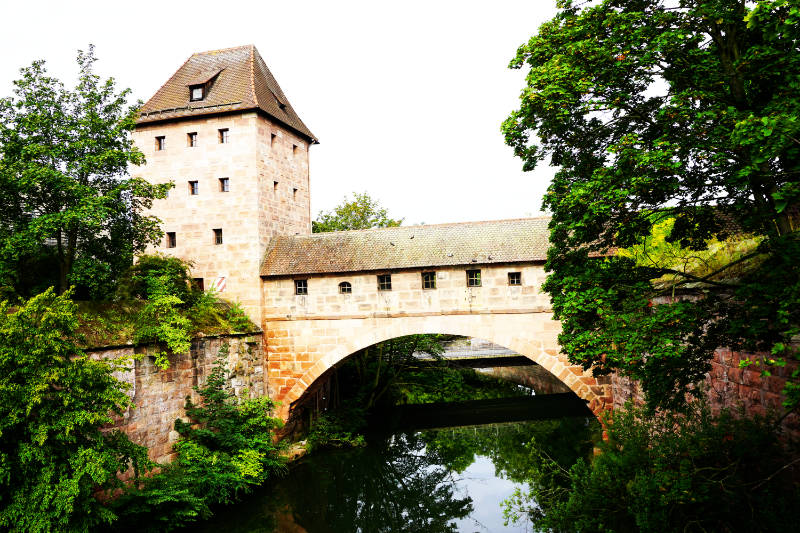 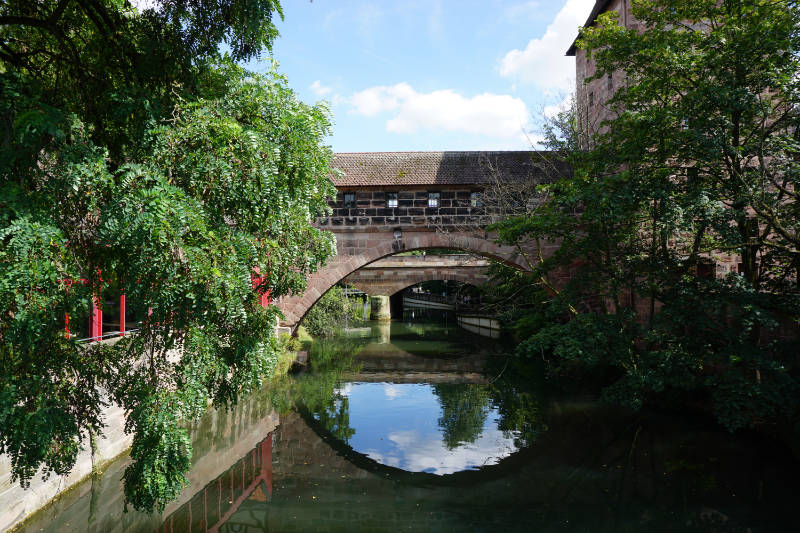 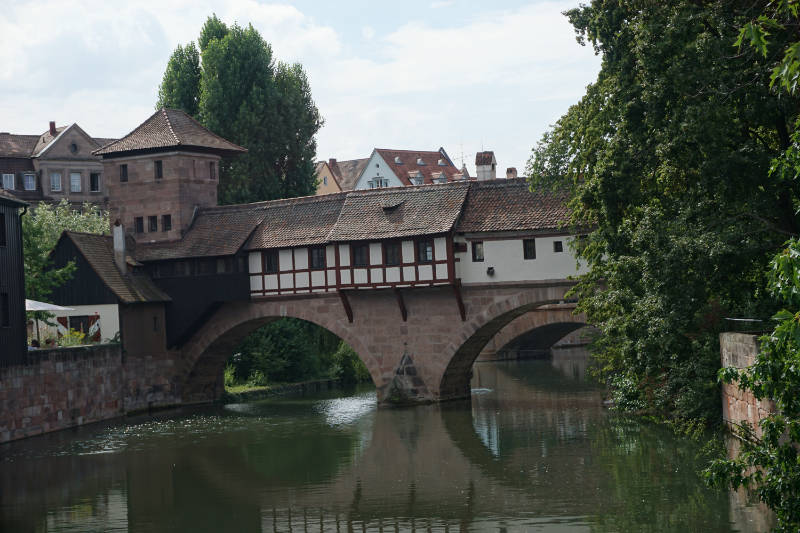