It is hard to miss, the Kaiserburg (Emperor’s Castle). And to be honest, you really shouldn’t miss it. The view is absolutely worth it!

The Kaiserburg is an icon of Nürnberg. Since the medievals, it raises high above the city and has certainly seen some interesting history. 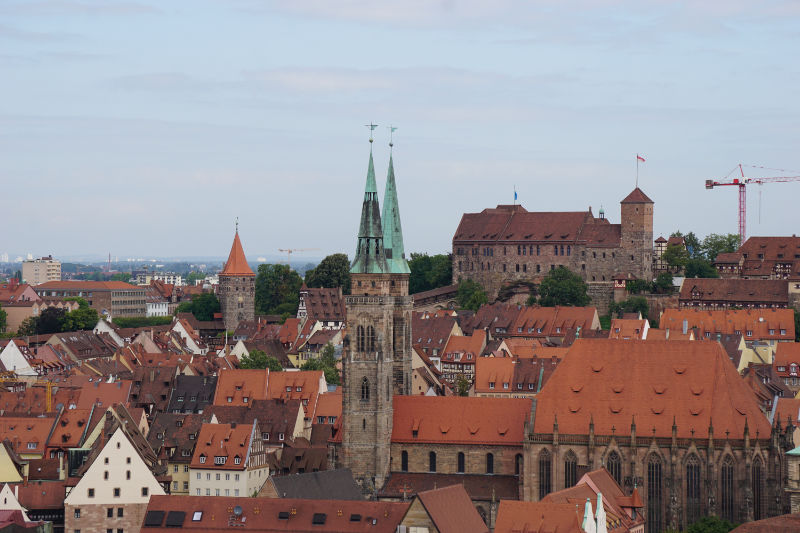 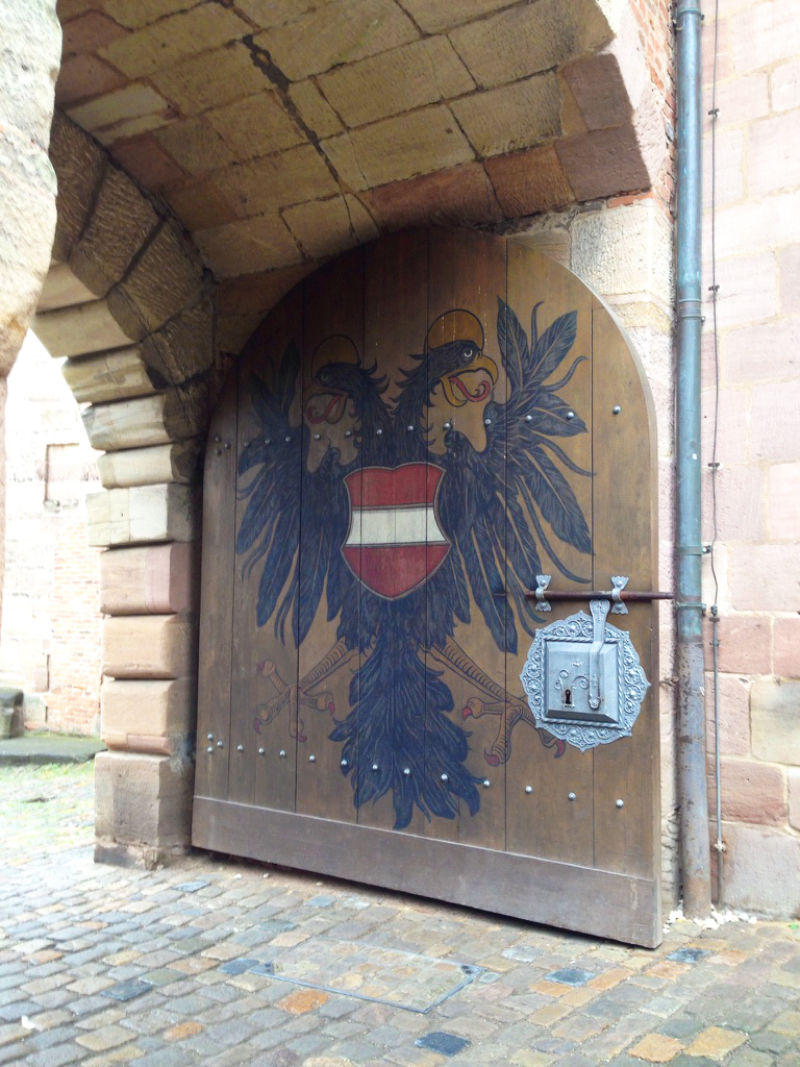 The history of the Kaiserburg – a very brief summary

Nürnberg was already mentioned in documents as a royal estate in 1050. The Staufers built a palace on the castle rock for gatherings of the court and imperial assemblies. A castle count was made administrator of the palace and put in charge to maintain working order.

Nürnberg used to be at the junction of two major trade routes and gained importance throughout the years. A close connection to the king and a freedom charter from emperor Friedrich II. paved the way to become a free imperial city and to later take ownership of the palace.

In the late Middle Ages emperor Karl IV. decided that each and every newly elected ruler had to hold their first imperial assembly in Nürnberg. Nürnberg became one of the important centres within the empire. Many emperors travelled to Nürnberg frequently but still, the castle’s importance declined. The new town hall (1340) became the new centre for assemblies and its comforts were preferred over the old patrician houses of the castle. In 1663 the Reichstag was definitively moved to Regensburg.

When the Holy Roman Empire ceased in 1806 Nürnberg became part of the Kingdom of Bavaria. King Ludwig I. liked the castle and decided he wanted to live there after some refurbishment. These works, however, were only completed in 1858 by his son. The Hohenzollerns used the palace from 1866.

The palace was of no particular interest after the end of the monarchy in 1918. Much later, in 1943, Rudolf Esterer started working on the building and had it re-designed with future rellies of the NSDAP in mind.
1945 saw almost the entire Kaiserburg in ruins. Only some few Romanesque and late Gothic pieces remained undamaged. The complex was rebuilt after the end of the war.

A tour through the Kaiserburg

The Kaiserburg premisses and the exterior of the castle can be visited free of charge. 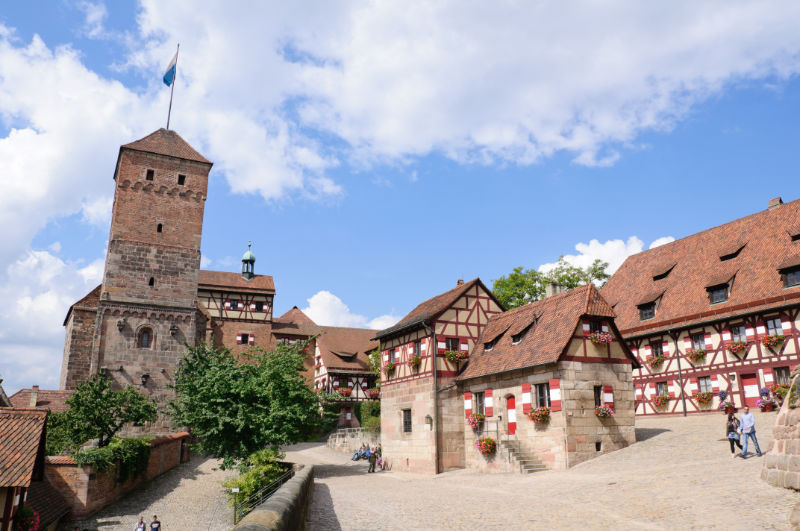 After having walked from the old town to the castle, one is welcomed by some half-timber houses of the outer ward.
One of them is the most important building of the castle. The two storey building from 1563 is the well house. A castle needs a well for being autonomous with its water supply. The deep well was probably dug when construction work at the castle first started.

When we first visited the Kaiserburg we took part in a guided tour which also stopped at the well house. A vertical tunnel of over 50 meters was cut into the rock so that water could flow. It is impossible to see the bottom of the well from the edge. As part of the tour the guides lower a camera down into the well and it is absolutely astonishing to see this dive into the deep.

The Sinwellturm is another building of great importance within the outer ward. The tower was constructed in the 13th century and was used for defence but also to show the status of the castle. Attackers were intimidated and often deterred by the looks of the tower alone. And the hight of the tower made it easier to spot enemies from afar. It was also used as a prison.

Visitors can climb the tower and enjoy the views if they desire. If not, they can also pass the tower and continue to a little open square from which the view of the city is also wonderful. You can eavesdrop on the explanations of the guides that lead countless groups of visitors through the castle if you’d like. 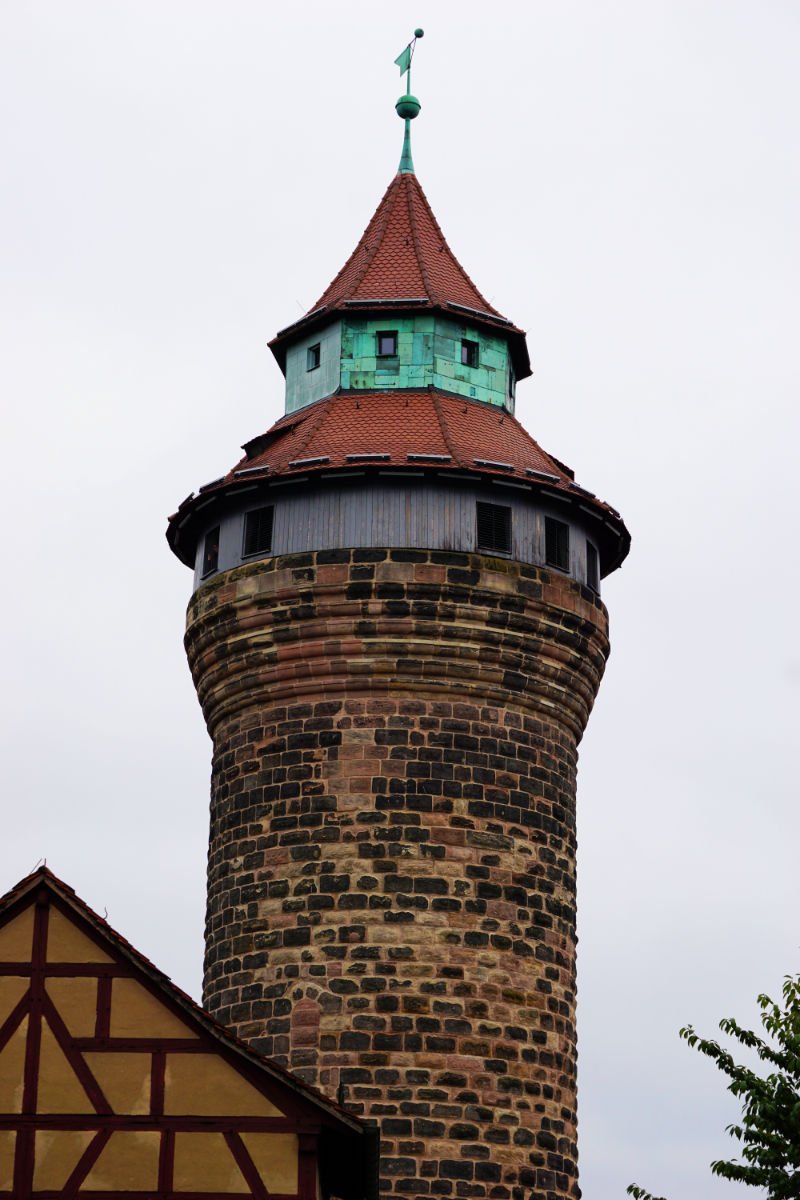 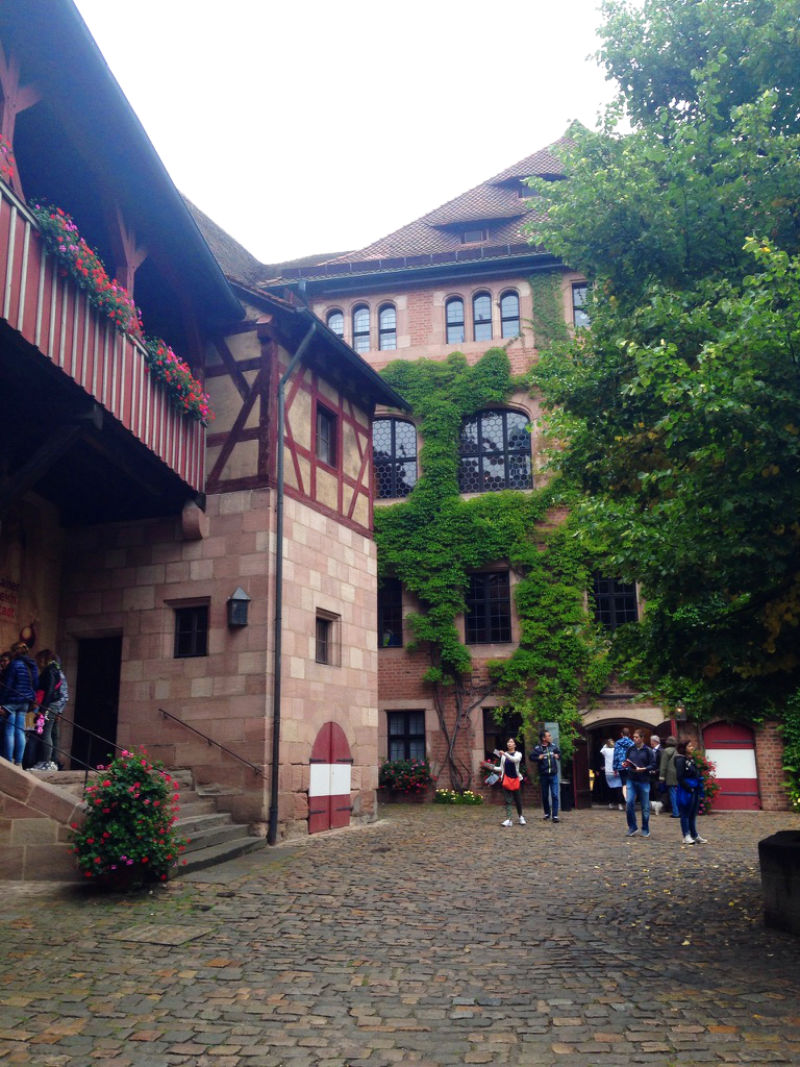 When visitors continue onwards towards the courtyard, they pass the castle gates first. Through those, one reaches the courtyard and can see the bower.

Unfortunately, this building was completely destroyed but then rebuilt as an exact replica of the original. The four-storey building has a mighty hip roof. The facade was unfortunately changed by using bigger windows. Today, this building houses the Kaiserburg museum.

The next building to the side of the bower is the palace with the neighbouring double chapel. The great hall and the living quarters were built around 1200. Here, too, the damage was great during the war and a lot had to be restored.
The palace holds the permanent exhibition „Kaiser-Reich-Stadt. Die Kaiserstadt Nürnberg“ (Emperor-Empire-City. The imperial city of Nürnberg.).

Despite the persistent rain on our last visit, we did not take part in a tour of the interior.
I like the courtyard a lot. When I hear castle, I automatically picture thick walls, little light and small spaces. The Kaiserburg in Nürnberg is the exact opposite. Big, open spaces, a lot of light in the courtyard and the buildings look a lot more like houses in a town. Due to the location high up the mountain and the sophisticated defence lines (the remains of which can be seen), it seems like the walls of the buildings themselves didn’t need to be that thick.

The Kaiserburg is closed on the following days:
1st of January, Fat Tuesday, 24th, 25th and 31st of December

Castle garden
April to October: 08.00 until dark (until 20.00 the latest)
November to March closed