In Zuid-Holland lies the port city of Rotterdam, the second largest city in the Netherlands. A city break in Rotterdam is an ideal way to combine a visit to a world port with exploring a multicultural city.

Rotterdam was founded in 1230 and was a very rich trading city for many years. In 1853, the Nieuwe Waterweg was built, connecting the city with the whole world. One of the largest ports in the world quickly developed. During the Second World War, fighter bombers destroyed almost the entire city centre. After the war, a modern city with some futuristic-looking houses was built on the drawing board, and many young people have been drawn to the city since then. 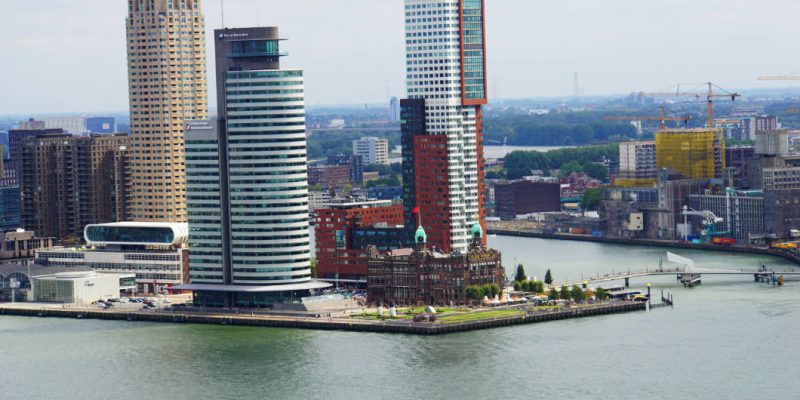 6 places to better not skip in Rotterdam

What sights are there in Rotterdam? The first things that come to mind are the Market Hall, the Cubic Houses or the Euromast Tower. A boat tour of the port is also almost mandatory when travelling to a seaport city. But there is so much more to the city and we would like to show… 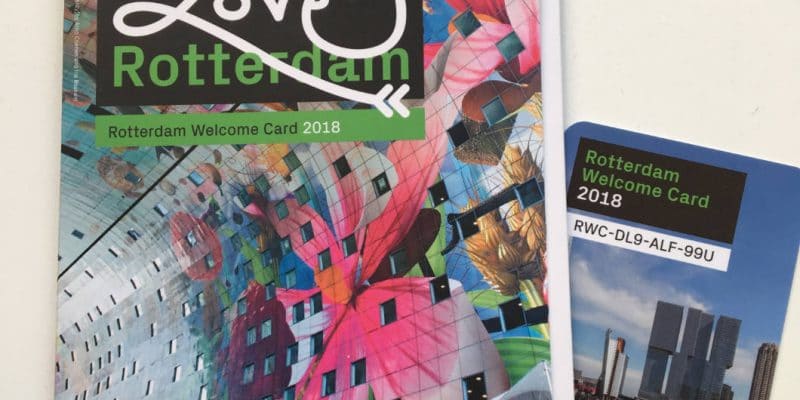 Is the Rotterdam Welcome Card worth it?

Like many other bigger cities of touristic interest Rotterdam, too, has a Welcome Card visitors can purchase. We picked one up for the first three days of our trip and give you the breakdown if it was really worth it. 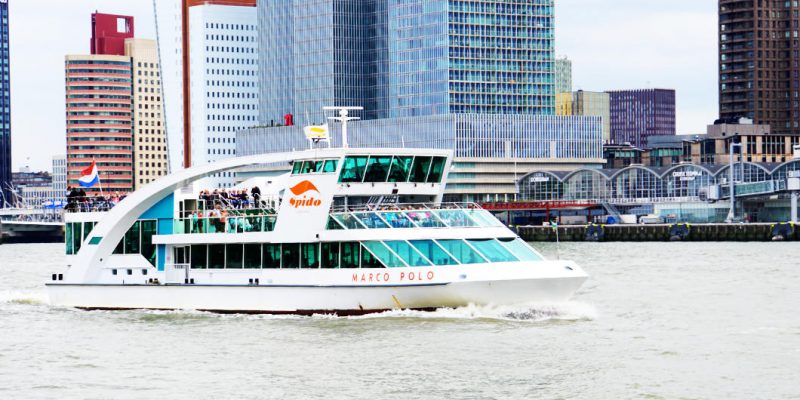 A boat tour of the Rotterdam port with Marco Polo

There is a lot to explore on a trip to Rotterdam. We toured the city and visited the Cubic Houses and the Market Hall, we strolled through the tunnel under the river Meuse and viewed the city from above from the Euromast Tower. What is missing from this list? A boat tour of course. 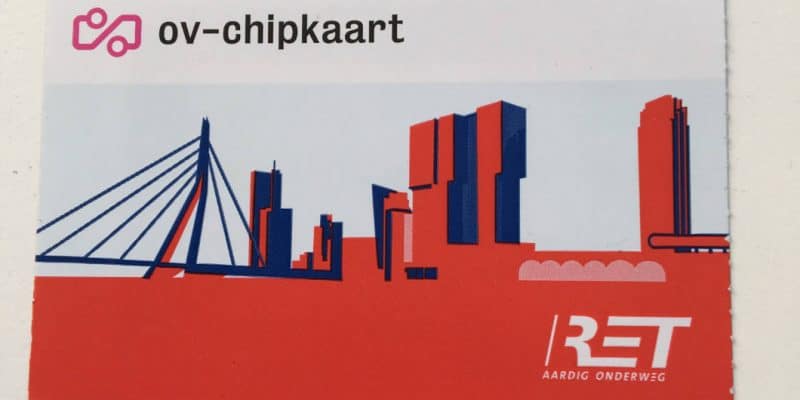 We noticed that public transport is working really well in Rotterdam. There are buses, the metro and trams that connect the different parts of the city. 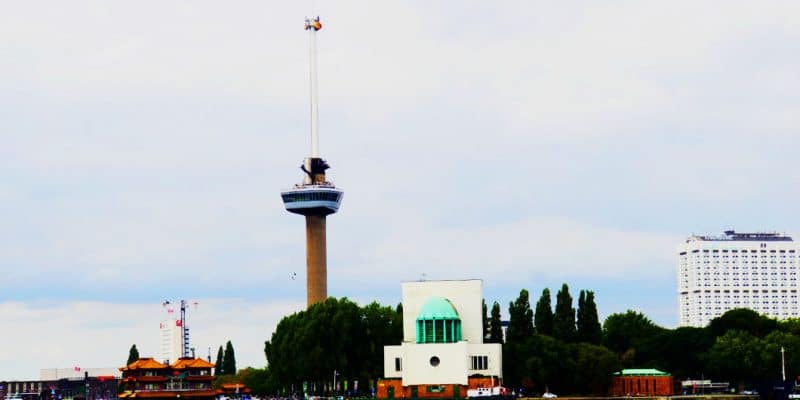 Getting to see Rotterdam from above is easy. All it takes to enjoy the wonderful view is a trip up the Euromast Tower. 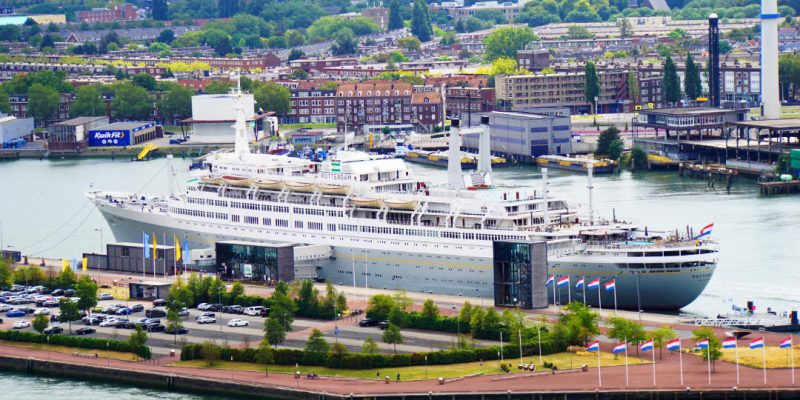 ss Rotterdam – how people used to travel in style

The ss Rotterdam lies in a harbour basin. The former passenger ship is now a hotel, restaurant, event venue and museum. It was crystal clear that we had to capture (aka visit) and explore the ship. But before, we wanted to find out why the ship has the “ss” in her name. The internet had… 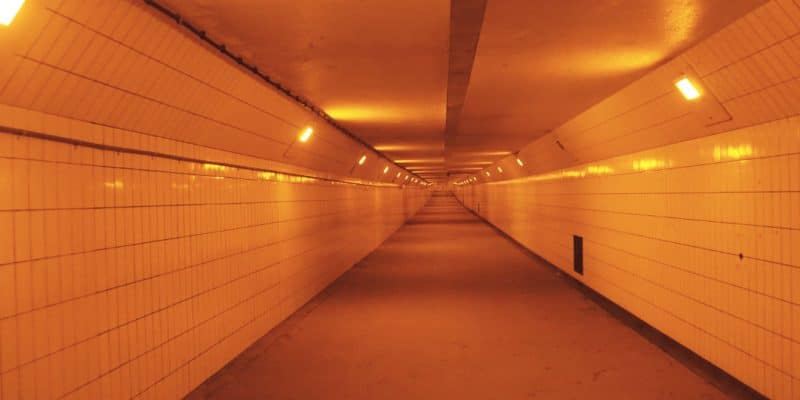 Under the Meuse – exploring the Meuse Tunnel in Rotterdam

It is such a strange feeling to walk underground knowing that huge ships pass right above your head. Exploring the Meuse Tunnel was a spontaneous idea and a really good one at that. 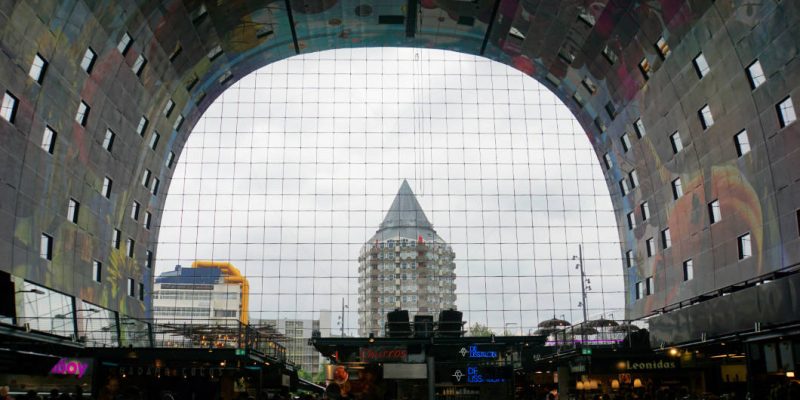 Shopping and feasting in the Market Hall Rotterdam

The Markthal is right in the centre of Rotterdam. It is a spectacular building that houses a mix of shopping mall, living spaces, restaurants, shops and car parks. Shoppers can browse the market on 7 days a week and try a variety of different foods. 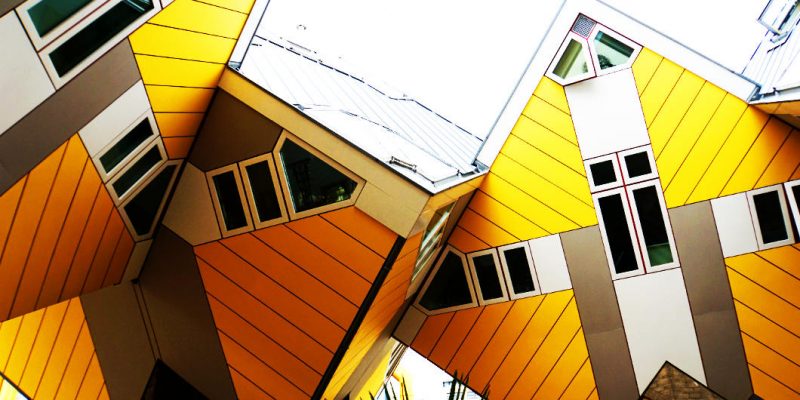 Cubic Houses – houses on the edge

A major point of interest in Rotterdam are the Cubic Houses near the big Market Hall. A must-see for fans of architecture and at the top of our Rotterdam to-do list.